Guardians rally late to down Mariners, 4-3 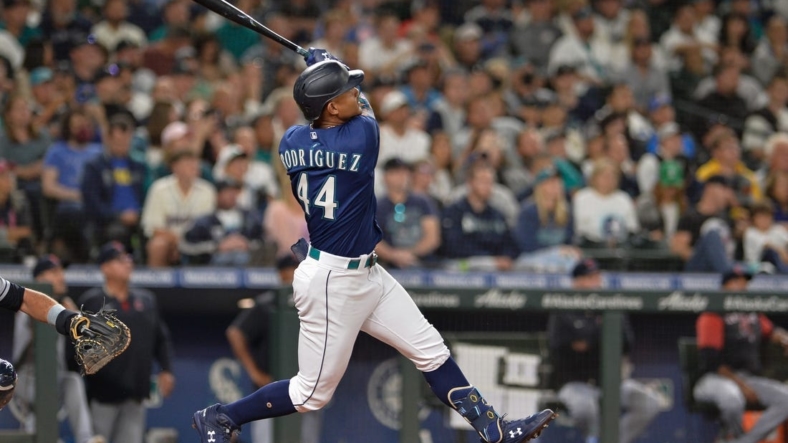 Jose Ramirez’s RBI double keyed a three-run eighth inning as the Cleveland Guardians rallied for a 4-3 victory Saturday at Seattle on a night Ichiro Suzuki was inducted into the Mariners’ Hall of Fame.

The Mariners lost for the first time this season when taking a lead into the eighth inning, the last team in the major leagues to suffer a defeat in that situation. They had been 51-0.

Guardians right-hander Zach Plesac (3-11) won for the first time in eight decisions since June 5. He allowed three hits — all solo homers — over seven innings, with no walks and six strikeouts. Emmanuel Clase worked the ninth for his majors-leading 30th save.

Steven Kwan led off the eighth by drawing a walk from Mariners reliever Andres Munoz (2-5). Amed Rosario singled to right to bring up Ramirez, who provided Cleveland’s only previous run with a homer in the fourth. Ramirez hit an outside pitch off the end of his bat and down the third-base line for a double, scoring Kwan to pull the Guardians within 3-2.

Josh Naylor grounded out to first base to bring home the tying run and Andres Gimenez hit a sacrifice fly to deep center to give Cleveland a 4-3 lead.

Eugenio Suarez, rookie Julio Rodriguez and Jake Lamb homered for the Mariners, who had won the first two games of the series.

Mariners starter Luis Castillo was in line for the victory before Cleveland’s late rally. Castillo allowed one run on four hits over six innings, with one walk and 10 strikeouts.

Suarez led off the bottom of the second with a homer to left field.

Rodriguez hit a towering shot into the Guardians bullpen in left with two outs in the third to make it 2-0.

Ramirez got a run back with a homer to deep right with one out in the fourth.

Plesac retired 12 consecutive batters until Lamb homered to right with two outs in the seventh.