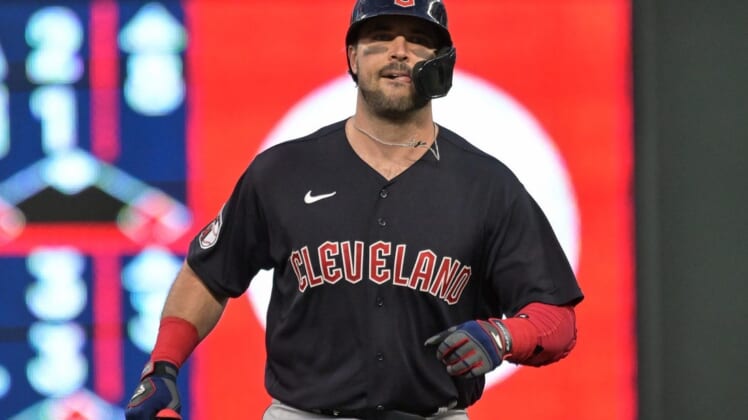 The Cleveland Guardians placed catcher Austin Hedges on the 7-day injured list with a concussion Tuesday.

Hedges, 29, was struck in the mask by a foul tip over the weekend and did not play in Monday’s series opener against the visiting Minnesota Twins.

His injury designation, retroactive to Sunday, prompted the Guardians to reacquire backstop Sandy Leon from the Cincinnati Reds in exchange for cash considerations.

Leon, 33, played in 25 games with Cleveland in 2020 and was a non-roster invitee this spring. He is a lifetime .212 hitter with 31 home runs and 141 RBIs in 500 games with the Washington Nationals, Boston Red Sox, Cleveland and the Miami Marlins.

Cleveland made several other roster moves before the start of Tuesday’s day-night doubleheader with the Twins.

The Guardians recalled right-hander Anthony Castro from Triple-A Columbus and added left-hander Konnor Pilkington as the 27th man for the twin bill. Right-hander Ian Gibaut was designated for assignment.