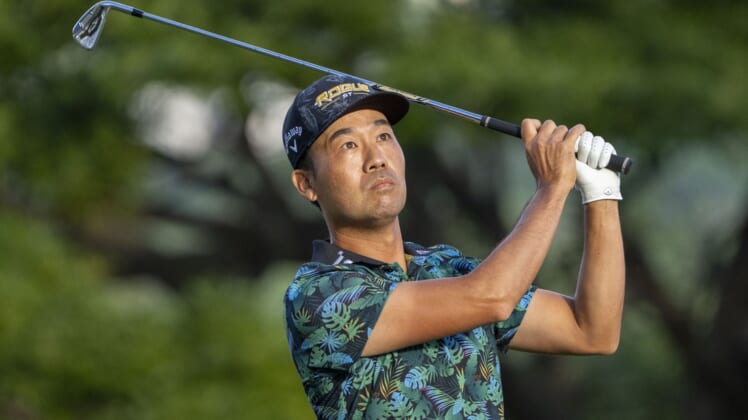 Kevin Na answered his sizzling 9-under-par 61 in the first round of the Sony Open on Thursday with a 71 the following day.

Na, however, didn’t just battle the golf course at Waialae Country Club in Honolulu on Friday. He also felt the need to defend himself over his pace of play later that night on Twitter.

TV reporter Chantel McCabe inadvertently got the ball rolling when she tweeted, “Kevin Na walking in putts does not get old.”

PGA Tour pro Grayson Murray, 28, took that opportunity to lower the boom, tweeting, “Kevin Na taking 3 minutes to putt them does get old.”

Kevin Na taking 3 minutes to putt them. does get old. https://t.co/kzcJ8GtQjr

Na, 38, didn’t let that slide and replied a few hours later to Murray.

“U missing the cut is getting old!” Na wrote.

u missing the cut is getting old!

It should be noted that Murray hasn’t played on the PGA Tour since July as he admittedly deals with personal issues pertaining to alcohol.

Murray, however, responded with a since-deleted message. It read: “Hahah love it little guy! Would never tell me that to my face.”

“If they penalized you like they should for slow play you’d never make another cut either.”