Week 14 in the NFL looks to deliver a drama-filled set of games ranging from a bitter LeSean McCoy facing his former team to Johnny Manziel being featured for a possible alternative reason.

With divisional leads at stake and teams attempting to climb their way up the ladder to fight or retain playoff status, here are some of the good and bad headlining the NFL this week.

After 11 seasons of playing with Tom Brady and the New England Patriots, defensive tackle Vince Wilfork will be pitted against the 38-year old quarterback as a member of the Houston Texans.

In Week 14 Houston plays host to the Patriots, and the two former teammates had some fun on social media on Thursday leading up to the pivotal contest.

Let’s just hope the 325-pound tackle doesn’t toss Brady around too roughly when the Texans look to deal the Patriots their third loss in a row Sunday night.

Philadelphia Eagles running back DeMarco Murray is having a terrible season compared to his amazing 2014 campaign when he led the league in rushing with the Dallas Cowboys.

With the team recently appearing to strip him of the lead running back duties, Murray reportedly discussed his concerns with the Eagles owner Jeffrey Lurie.

In other words, Murray whined about his diminishing role in Chip Kelly’s offense. And according to a report by Jason Cole of the Bleacher Report, Murray may be trying to scheme a way to get out of Philly and head back to Dallas.

However, Murray says he is 100 percent on board in Philadelphia and that his meeting with Lurie was blown out of proportion. To date, Murray’s production would have him finishing the season with only 768 rushing yards and five touchdowns.

If it was a perfect world, Murray would probably love to return his top-dog status with the Cowboys and still receive his fat $8 million per year, but it’s likely that ship has long since sailed away. 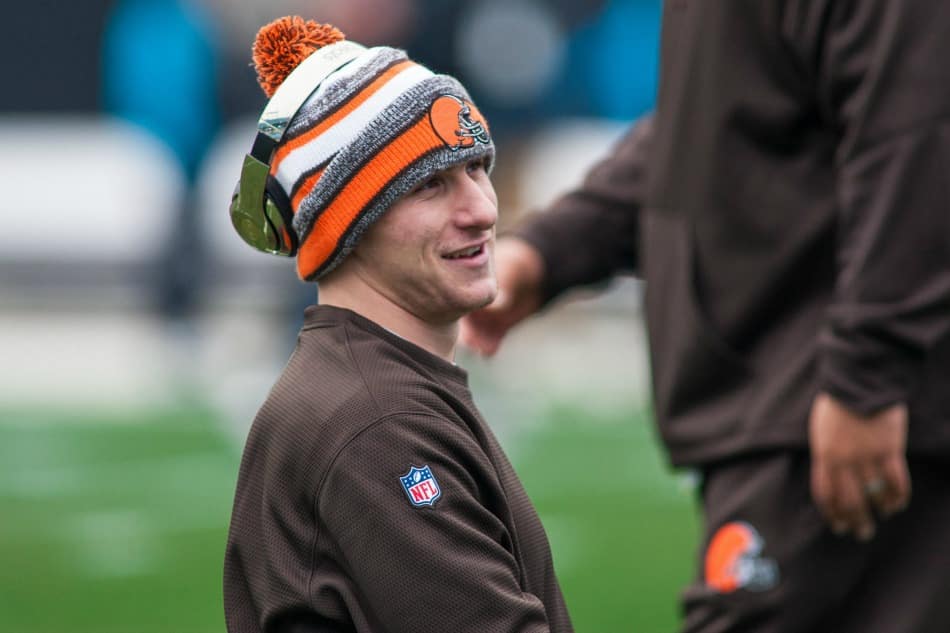 The Cleveland Browns once again have named Johnny Manziel the starting quarterback for Sunday’s tilt against the San Francisco 49ers.

Though there may be more to featuring Manziel under the stadium lights than making an attempt to win the team’s third game. One NFL executive believes Jerry Jones of the Cowboys could be enticed to offer a fourth-round pick for Manziel next year and that he could be auditioning for other teams the final four games of the season.

Jones passed Manziel up in the 2014 NFL Draft and opted for guard Zack Martin out of Notre Dame. And since the Cowboys have yet to seriously address their quarterback situation beyond Tony Romo, it should be interesting to see if anything comes from this report.

Either way things play out, this is likely Manziel’s final chance to show the Browns he can be a trusted leader, rather than an embarrassment to the organization.

Buffalo Bills running back LeSean McCoy will arrive in Philadelphia not only hoping for a win for the Bills, but also to personally seek revenge against Chip Kelly and the Eagles who shockingly traded him away last March.

According to running back Boobie Dixon, McCoy stressed to all his teammates how much he needs them to come through for him on Sunday.

“Today he walked in the building, full of juice, full of energy,” running back Boobie Dixon said, (h/t NFL.com). “He walked pretty much in a lot of guys’ faces and just let us know, he need us this week. So I can’t wait, man. I’m excited.”

Apparently McCoy’s “all about me” attitude got under the skin of some NFL commentators.

Instead of wanting to win for the team, McCoy is making it personal. And speaking up several months after the fact, Kelly admitted he didn’t handle the trade news to McCoy very well, claiming that he did not have an opportunity to discuss it with him first.

Sunday’s game is crucial to both teams, and looks to ignite plenty more drama than we have already been dished this week.

The last time the Seattle Seahawks met up with Jimmy Clausen was in Week 3 against the Chicago Bears when they forced a shut-out, 26-0. Now the two parties may meet up again in Week 14.

Clausen, who was signed by the Baltimore Ravens after Joe Flacco’s knee injury, may get the start over Matt Schaub who is dealing with a chest injury.

The bottom line here for those who play Daily Fantasy Football is this: Start the Seattle Seahawks defense no matter the cost. Clausen was horrific in Week 3 against the Seahawks when he completed just nine-of-17 pass attempts for 63 yards and zero touchdowns.

With the Ravens out several key players, Clausen is bound to stumble up plenty, and the Seahawks’ No. 2-ranked defense has only gotten better since the start of the season. Plus, Baltimore has managed the third-most giveaways this season, making this fantasy matchup way too enticing to pass up.

Bad: Green Bay Packers making excuses that weather is messing up their production 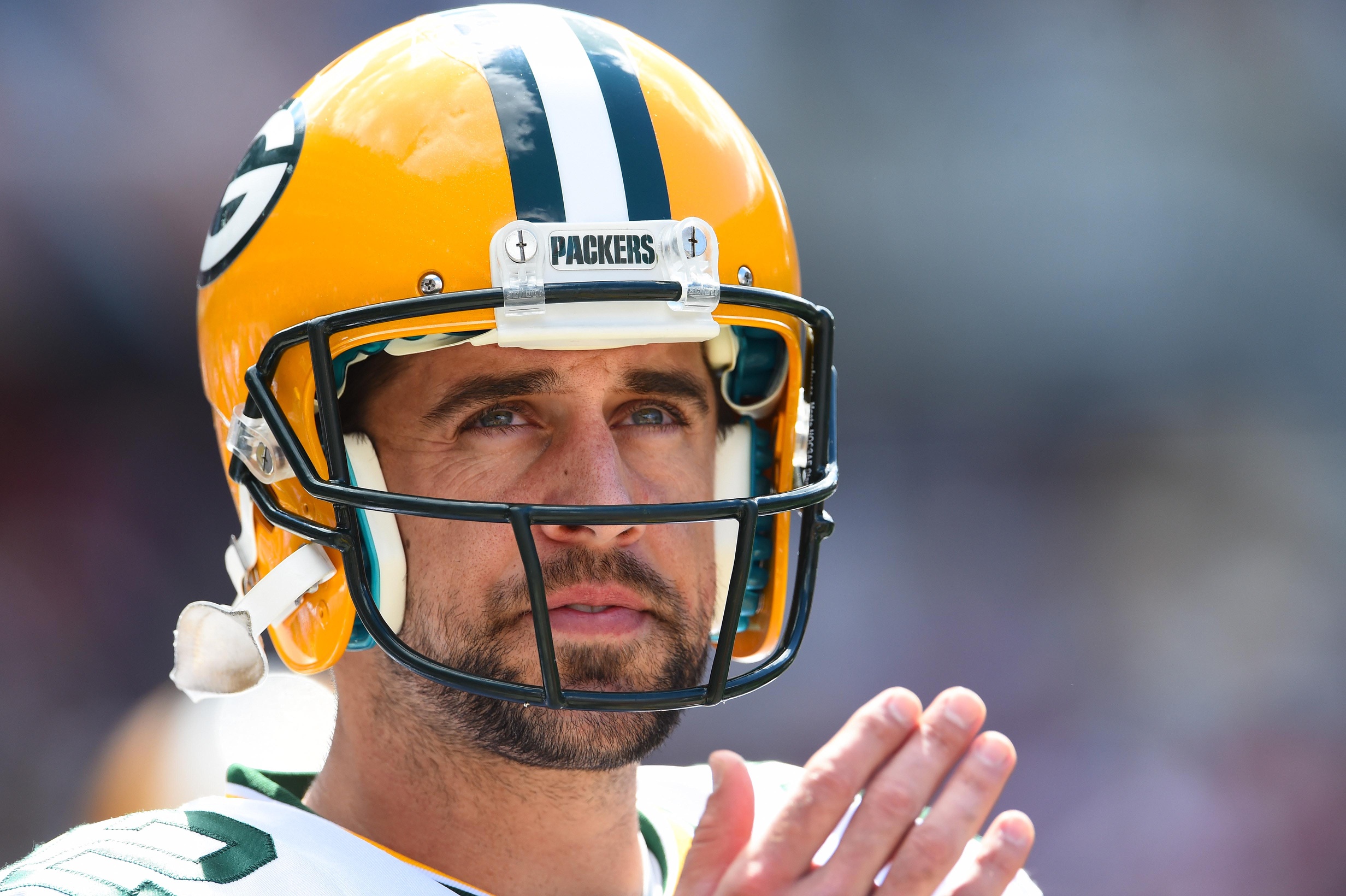 The forecast at Lambeau Field calls for 57 degrees and a 90 percent chance of rain when the Packers host the Dallas Cowboys on Sunday.

This will be a far cry in temperature from the 24 degrees it was last January when the Cowboys played at Lambeau in the divisional playoffs. And, it will be an even a further cry from the 1967 “Ice Bowl” when the two teams played in Wisconsin in 1967 and it was -13 degrees.

Heading into Sunday’s contest with a balmy weather forecast, quarterback Aaron Rodgers shared his analysis of the team’s production when the weather isn’t freezing cold, via NFL.com.

“We’re playing potentially and a little unfortunately four straight probably decent weather games. I’m counting the two indoor games (at Detroit last Thursday and at Arizona on Dec. 27) and going out to Oakland (on Dec. 20) and expecting good weather and Sunday they’re calling for a lot warmer than we’d like, those of us who enjoy the cold this time of year. But the cold weather I think evens things out for sure. Definitely, the pass rush and then depending on the field conditions that can lead in an offense’s favor if the field is torn up. Our guys do a good job with the field so it’s kind of a wash there.”

That was a bit garbled, though Rodgers’ comments might lead some to believe that he feels the team’s home field advantage could be impacted by warmer weather.

If the Cowboys claim victory this Sunday sans freezing temperatures, it should be fascinating to hear from the Packers about what went wrong.