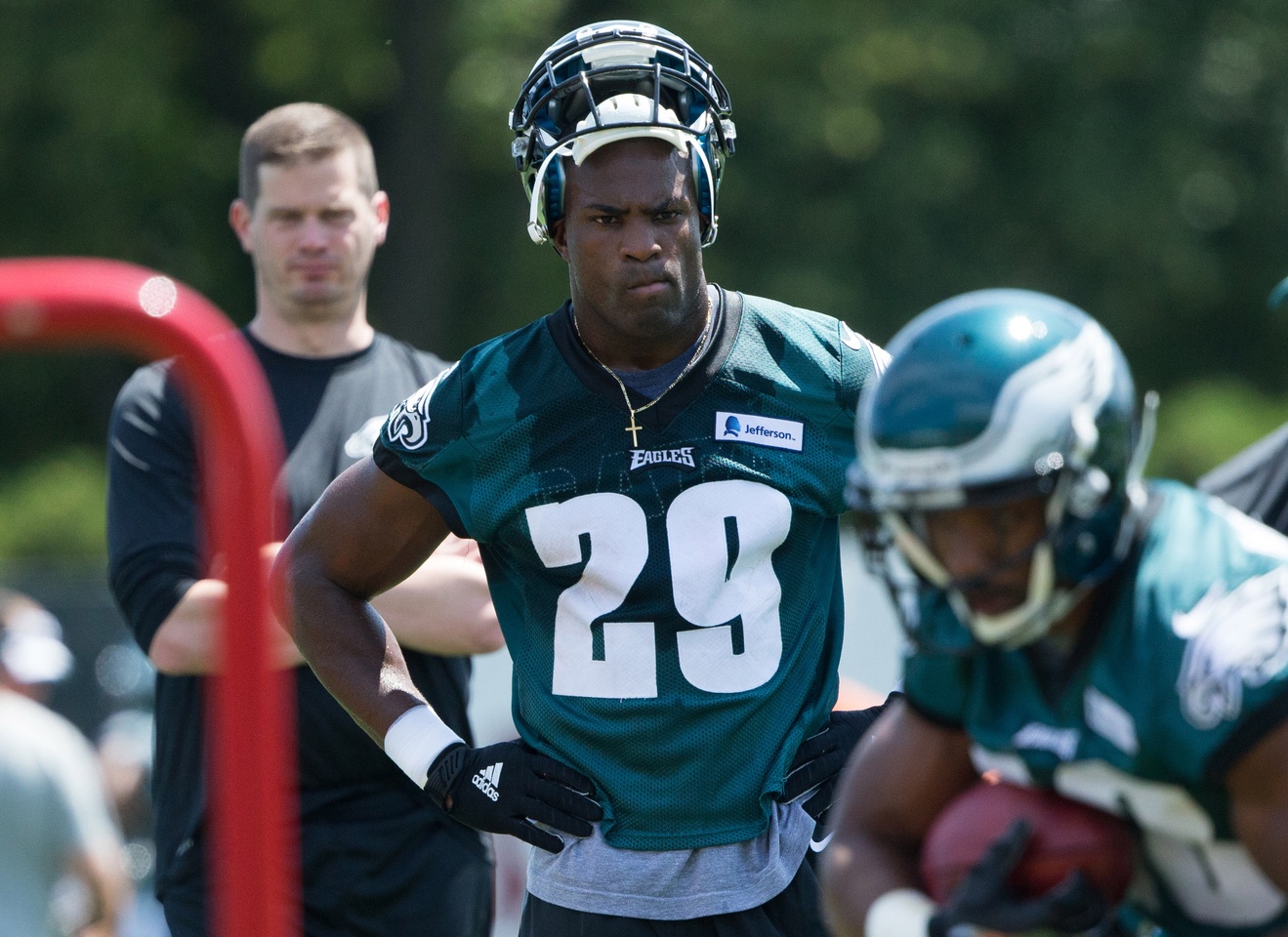 With his actions on Sunday, keeping running back DeMarco Murray sidelined for most of the game against the New England Patriots, Philadelphia Eagles head coach Chip Kelly let us all know the veteran running back isn’t a featured back any more.

Then on Monday talking with reporters after the huge win on the road, Kelly’s words sealed the fate os Murray as a situational running back for the Eagles the rest of the way.

Chip once again saying matchups had to do with Murray not playing as much vs. Patriots. #eagles

Featured backs get 20-plus carries every weekend — barring extreme circumstances — regardless of the “matchups” on the field.

Murray only garnered eight carries Sunday against the Patriots, gaining 24 yards (three yards per carry). Instead of the $40 million man carrying the load for the Eagles, it was a combination of Darren Sproles and Kenjon Barner doing the bulk of the work on the ground. The two shifty backs combined for 145 yards on 26 carries and made life easier for quarterback Sam Bradford in the process.

As we’ve been saying for a while now, Murray isn’t a good fit for Kelly’s offense, and it also appears he’s lost some explosiveness in tight spaces. He’s just not bursting through the line this year like we’ve seen in the past during his tenure with Dallas, and the numbers bear this out. On the season now, last year’s league-leading rusher has only 569 rushing yards on 163 carries (3.5 yards per carry) and four touchdowns.

Despite toting the rock 18-plus times on five occasions this year, Murray has just one 100-plus yard games. Running the ball effectively is the biggest key to a successful Chip Kelly offense, and Murray hasn’t been an effective runner for the Eagles.

As a result of his failure to produce, the back has seen his chances diminishing the past three games (13, 14 and eight carries), and it’s likely that trend will continue as the season progresses.