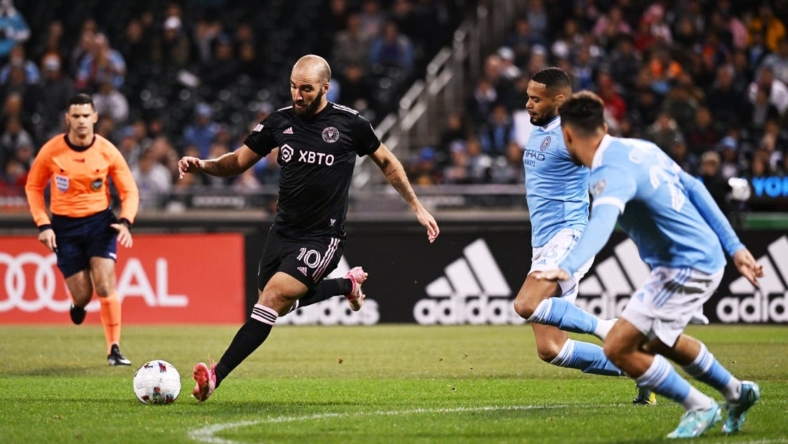 Inter Miami CF Gonzalo Higuain was named MLS Comeback Player of the Year on Thursday after putting together a solid campaign in the final season of his career.

Higuain, who announced his retirement earlier this month, had 16 goals and three assists in 28 matches (20 starts) this season. His campaign was highlighted by a late-season stretch in which he netted seven goals in five matches.

The 34-year-old Higuain finished in a tie for ninth in the MLS in goals scored while helping Miami gain a playoff berth.

Higuain played for famed European clubs such as Real Madrid, Juventus and Chelsea during his career. He also played in three World Cups for Argentina.