Gonzaga’s Drew Timme pulls out of NBA draft: ‘I’m back’ 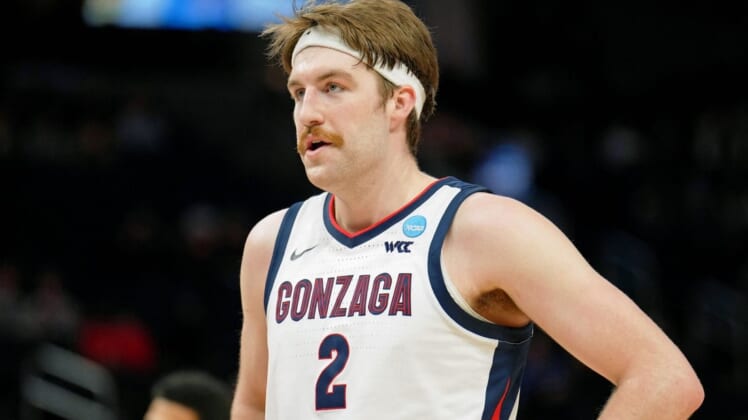 Gonzaga fans got the news they were wishing for when star Drew Timme announced he will return to the Bulldogs this fall for his senior season.

With less than an hour remaining before the 11:59 p.m. ET Wednesday deadline to pull out of the upcoming NBA draft, Timme did just that, and he’ll return to a Gonzaga program that lost starters Chet Holmgren and Andrew Nembhard to the draft. But with Timme, Rasir Bolton and Julian Strawther also deciding to stay in school. Gonzaga likely will be among the preseason favorites to win the NCAA Tournament.

The senior announced his return on Twitter, simply writing, “I’m back.”

The 6-foot-10 power forward is a two-time second-team All-American.

Timme, the 2021-22 West Coast Conference player of the year, averaged 15.7 points with 6.4 rebounds in 97 games (68 starts) for Gonzaga over his three seasons. The Texas native led the Bulldogs to consecutive No. 1 overall seeds in the past two NCAA Tournaments. They lost the national championship game to Baylor in 2021.

During Timme’s three seasons in Spokane, Wash., Gonzaga is 90-7, going to the national championship game in 2021 and receiving a 1-seed in both NCAA tournament appearances.