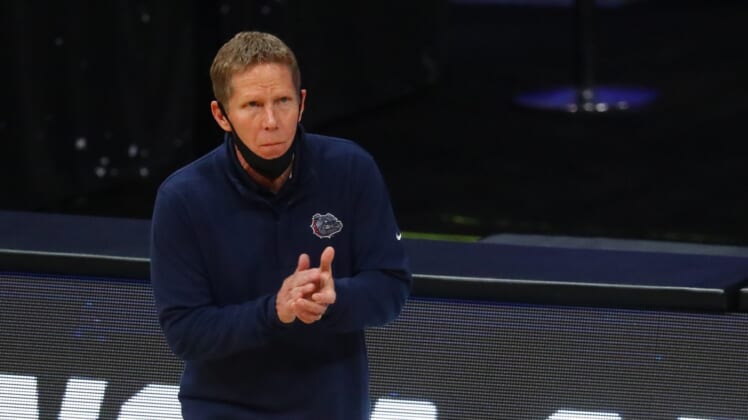 The suspension will begin with Saturday’s “Kraziness in the Kennel” season kickoff event in Spokane, Wash. It will also include two exhibition games and the Nov. 9 season opener at home against Dixie State, per the report.

Few will reportedly return to the bench for the Bulldogs’ Nov. 13 home date with Texas.

He was cited for driving under the influence over Labor Day weekend in Coeur d’Alene, Idaho. According to police reports, Few was stopped after driving erratically and speeding. Breath samples registered a blood-alcohol content level above the Idaho legal limit of 0.08. 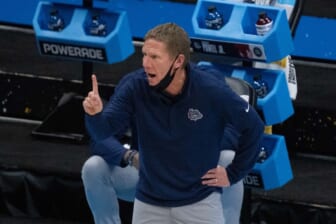 “I believe as a leader and role model, I am expecting to be the best example,” Few said. “The decisions I made yesterday do not exemplify this standard and for that, I sincerely apologize to you all. I recognize that operating a motor vehicle after consuming any amount of alcohol exhibits poor judgment.

“Regardless of the outcome of the pending investigation, I will never allow such a lapse in judgment to occur again. Please know that I am committed to learning from this mistake and will work to earn back your trust in me. I deeply regret disappointing any of the members of the community, the young men and women who comprise my campus community, and the University as a whole. In particular, I am sorry for the hurt that I have caused to those most important to me — my family, my players and my program.”

Few has a 630-125 record in 22 seasons as Gonzaga’s coach. The Bulldogs lost to Baylor in last season’s national title game and also lost to North Carolina in the 2017 championship contest.