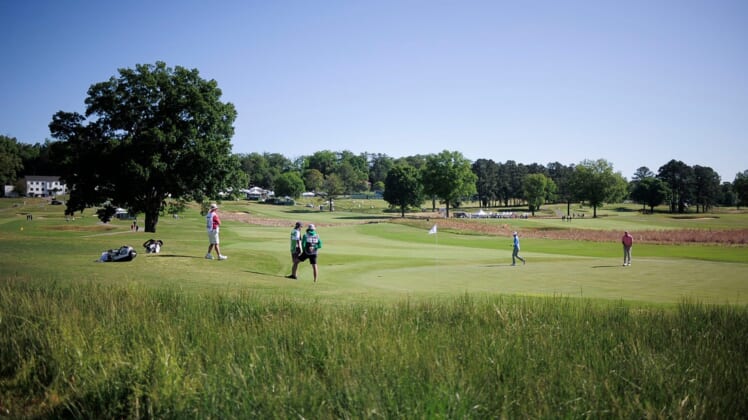 Luke Smith of Covington, Tenn., was arrested and charged with misdemeanor battery after he allegedly punched a fellow player and tackled him to the ground during a Korn Ferry Tour qualifying event.

Smith, who also plays on the University of Tennessee-Martin golf team, was among those attempting to qualify for the Wichita Open at Sand Creek Station Golf Course in Newton, Kan.

“An argument began when the suspect and his father/caddy refused to help the victim look for an errant golf ball in the rough,” Newton Police said in a statement. “The suspect then punched the victim in the face and tackled him to the ground. He held the victim down until he said ‘uncle,’ and then released him.”

Police did not identify the victim, but The Firepit Collective reported the victim was Austen Dailey. Smith’s father and caddy, Oliver Smith, was also reportedly part of the confrontation.

Dailey pressed charges. Smith was held at the Harvey County Detention Center before being released on bail.