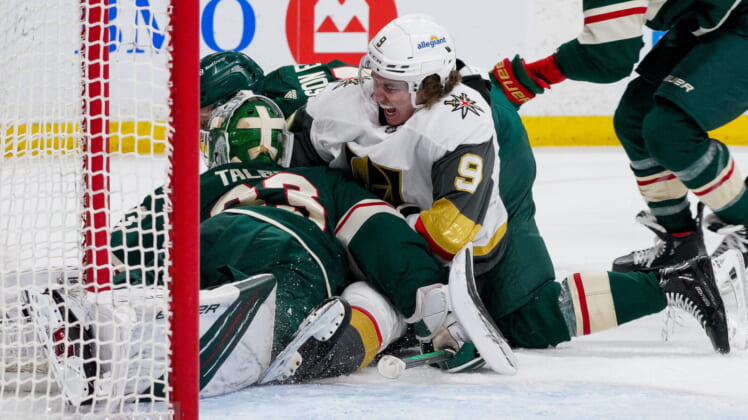 On Saturday, a Vegas Golden Knights trade was completed, sending Cody Glass to the Nashville Predators for Nolan Patrick. Patrick was dealt from the Philadelphia Flyers to the Predators in a trade earlier today. The two players involved in the deal are both former high draft picks that haven’t panned out the way each team hoped.

Patrick was drafted second overall in 2017 by the Flyers but his career hasn’t gone as expected so far. He has yet to record more than 31 points in a season and managed just four goals and five assists in 52 games in 2020-21. The Golden Knights are hoping that Patrick can fulfill some of that potential he showed during an impressive junior career with the Brandon Wheat Kings.

Glass has bounced between the Golden Knights and their AHL affiliate the Henderson Silver Knights. He’s a talented offensive player that has struggled to put all the pieces together at the top level. Perhaps a change of scenery will benefit both players and help them flourish in new situations.

The Golden Knights season ended with a conference finals playoff loss to the Montreal Canadiens.