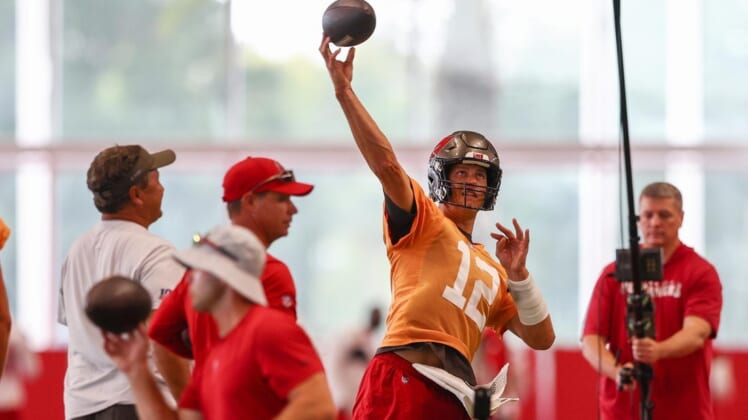 The Tampa Bay Buccaneers take another shot at winning a Super Bowl title with Tom Brady once again under center in 2022 when they begin training camp Tuesday.

Brady’s near retirement could have caused a major reboot in Tampa, but instead the team is correctly leaning into continuity under former assistant Todd Bowles who takes over for previous head coach Bruce Arians this fall.

Shaquille Mason and Russell Gage are quality additions for an offense that ultimately didn’t need a lot of help once Brady decided to come back for a 23rd NFL season. The future Hall of Famer has had two of his best season statistically with the Buccaneers, throwing for 40-plus touchdowns for just the second and third time in his career.

The team added talent along both lines early in the draft with Logan Hall on defense and Luke Goedeke on offense, which along with the signings of Mason and veteran defensive lineman Akiem Hicks, shows a commitment to two position groups that had a lot to do with 2020-21’s title run.

The rest of the roster remains stacked.

Tristan Wirfs, Mike Evans, Chris Godwin, Vita Vea, Devin White and Carlton Davis, among others, provide a rare stock of talent that few others teams in the league can match. The biggest question mark on the team might be Bowles, because although he coordinated the team’s defense expertly the last three years, he’s still unproven as a head coach, compiling a 26-41 overall record as the top guy with the New York Jets and an interim for the Miami Dolphins.

The Buccaneers trail the all-time series 15-5, though they have won two of the last four, including last season’s 31-29 win in Tampa Bay. Brady is 6-0 in his career vs. Dallas.

–SCORE SOME MORE
In two seasons with Brady at quarterback, the Buccaneers finished in the top three in the NFL in scoring twice. Most sportsbooks have the Buccaneers at +800 to score the most points this fall, which given the recent track record and returning talent sounds like a one in three proposition.