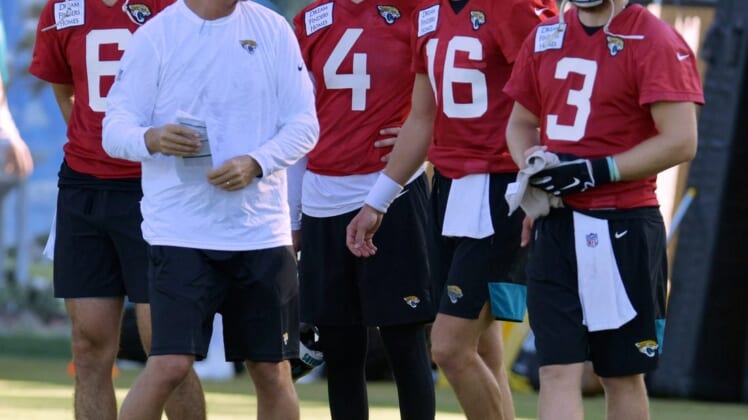 The disastrous Urban Meyer tenure is over, and the Jacksonville Jaguars can set their sights on a turnaround under new coach Doug Pederson.

As a former Super Bowl-winning coach and an NFL lifer, Pederson immediately commands the respect in the locker room that his predecessor never could. He’ll get everyone on the same page as the Jaguars march toward the regular season.

The Jaguars clearly weren’t happy with a roster that produced a league-low three wins in 2021, as their front office was extremely active this offseason. Many of the new additions, while they represent upgrades at their individual positions, also come at great cost in overall money and length of contract. Christian Kirk in particular opened a lot of eyes with his four-year, $72 million deal, but he also provides an explosive weapon on the outside that Trevor Lawrence just didn’t have a year ago. It’s a similar story across the roster, as the front office opened the checkbook in a big way. How much return will they get for their investment? That remains to be seen.

In the draft, the Jaguars added Georgia standout end Travon Walker with the No. 1 overall pick, and then provided him some help with linebackers Devin Lloyd and Chad Muma with two of their next three picks. Jacksonville may not be ready to contend anytime soon, but the team is much better than it was seven months ago, and that represents a major win already.

The Jaguars trail the overall series with the Commanders 6-1, though the teams haven’t faced off since a 16-13 Washington win in Dec. 2018. The interesting quirk in this game is that Carson Wentz now quarterbacks the Commanders. The Jaguars split against the Wentz-led Colts last year, losing 23-17 on Nov. 14 before rebounding to take the season finale 26-11 on Jan. 9.

–TREVOR UPPER
Fan Dual lists the over/under for Trevor Lawrence passing yards this fall at 3,800.5, a number Lawrence would need only 160 additional passing yards over his ‘21 total (3,641) to beat. With additional weapons like Kirk and returning RB Travis Etienne at his disposal, a bump over his rookie performance looks reasonably probable.