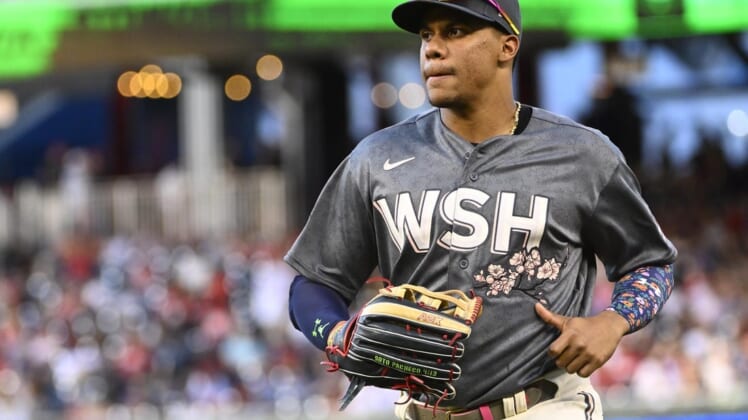 “We are not trading Juan Soto. We made it clear to his agent and to the player,” Rizzo, also the team’s president of baseball operations, said during a radio interview with 106.7 The Fan.

Soto, 23, is eligible for free agency after the 2024 season. He told ESPN in February that he turned down a 13-year, $350 million extension offer before last winter’s lockout started.

The Nationals are in the division basement again through 51 games (18-33) entering Wednesday, but Rizzo stated that the team plans to rebuild around Soto — and not without him.

“We have every intention of building this team around Juan Soto, and we’ve spoken to his agent many, many times,” Rizzo said. “We recently sat with him when he was in Washington, D.C., and made it clear to him that we’re not interested in trading him.

“I guess the rest of the world doesn’t believe it, but that’s our position.”

Soto leads the majors with 42 walks and has played in all 51 games this season. He is batting a career-worst .232 with nine home runs and 16 RBIs.

Despite Rizzo’s assurances, Soto’s future with the franchise could be in flux if there’s an ownership change. Principal owner Mark Lerner confirmed in April that the family is exploring the possibility of selling the team it has owned since 2006.