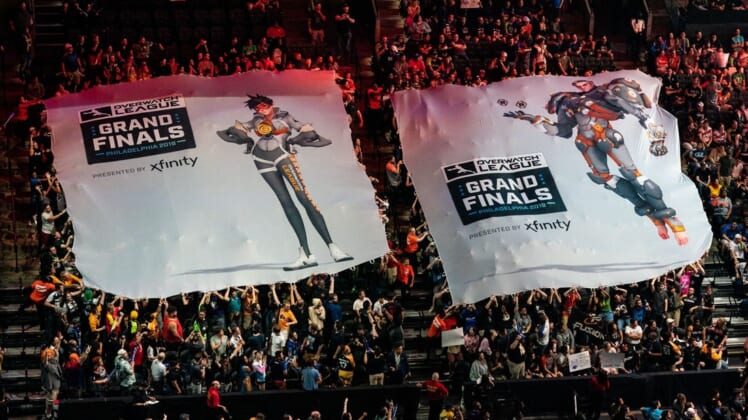 The Los Angeles Gladiators avenged an earlier loss to the San Francisco Shock by beating them 4-2 on Saturday to win the Overwatch League Midseason Madness tournament.

The Gladiators, who lost to the Shock on Friday in the upper bracket final of the double-elimination tournament, had to take the long route back on Saturday.

Relegated to the lower bracket final, they defeated the Atlanta Reign 3-1 to earn another shot at the Shock.

The tournament final was a best-of-seven, after all previous rounds were best-of-five.

But the Shock, who had won their previous three matches in the tournament after garnering a first-round bye in the qualifying round, recovered to win the next two maps: 1-0 on New Queen Street and 2-0 on Lijiang Tower.

The Gladiators came up with the clincher, however, winning 5-4 on Dorado. Kim “Shu” Jin-seo of the Gladiators was named the match’s MVP.

Earlier, the Gladiators pulled away from a tied match to put away the Reign. Los Angeles won 2-0 on Ilios, but Atlanta came back with a tying 4-3 win on King’s Row.

The Gladiators then advanced with a pair of narrow wins, 1-0 on Watchpoint: Gibraltar and 1-0 on Colosseo.