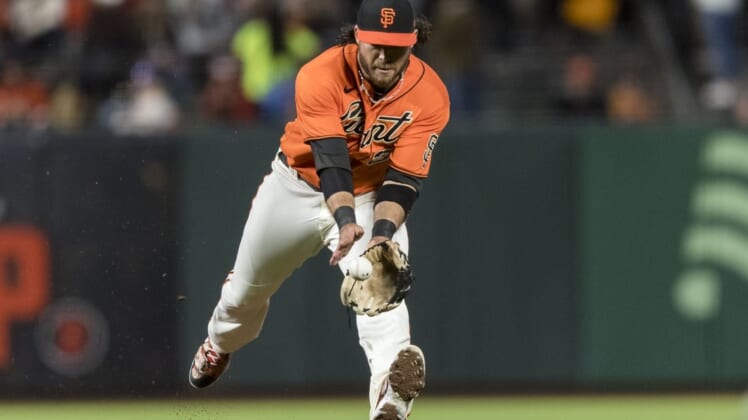 San Francisco Giants three-time All-Star shortstop Brandon Crawford went back on the 10-day injured list on Saturday due to the same knee injury that previously led to an IL stint.

Crawford underwent an MRI exam on Saturday as the Giants attempt to find out why his left knee is once again causing troubles. He initially hurt the knee on June 21 against the Atlanta Braves when he awkwardly slid into home plate.

“It just hasn’t been getting better,” said Crawford, who missed eight games after being placed on the IL last month before being activated on July 5.

Crawford, 35, said the knee is bothering him on defense. The four-time Gold Glove winner has committed 11 errors in 70 games at shortstop this season after having just nine in 2021 in 135 appearances at the position.

Crawford’s offense is also down greatly this season. He is batting just .215 with five homers and 33 RBIs was just 5-for-33 (.152) in nine games since his removal from the IL.

San Francisco manager Gabe Kapler said the IL move gives Crawford a better chance at getting healthy for a run down the stretch.

“We really want to get this thing right, so he can be the freshest, most athletic version of himself possible,” Kapler said before Saturday’s game against the Milwaukee Brewers. “Right now he’s just still struggling with this thing not being right. It’s hampered him.”