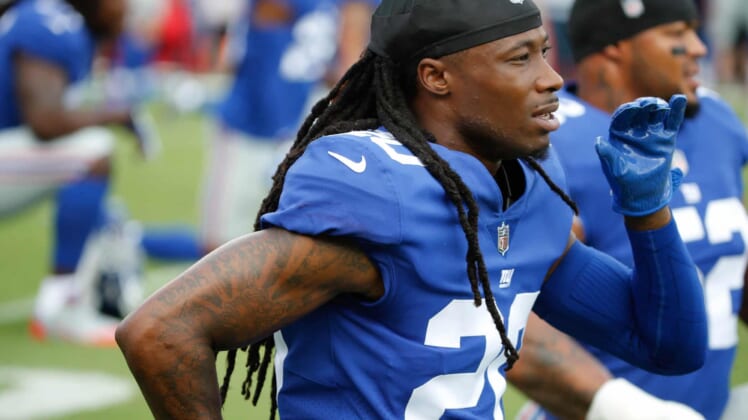 The New York Giants dropped their eighth consecutive game on Sunday, a 31-13 blowout defeat at the hands of the Green Bay Packers.

To say things are not going swimmingly for Pat Shurmur’s squad would be an understatement. In fact, Giants fans in Jersey had no desire to watch this game being played in the snow.

There’s a few things to point out here. First off, other top corners don’t go up against opposing teams’ No. 1 receivers. San Francisco 49ers Pro Bowler Richard Sherman being a prime example.

Secondly, Jenkins has not played like a top-flight corner since the Giants signed him to a five-year, $62.5 million deal back in 2016. According to Pro Football Focus, he’s been the 51st-best corner this season.

No matter who Jenkins went up against on Sunday, no one was going to stop the combo of Aaron Rodgers and Davante Adams. Rodgers threw four touchdowns in the Giants’ blowout loss. Adams caught two of those scores.