Giants concerned about Sterling Shepard’s concussions, could shut him down 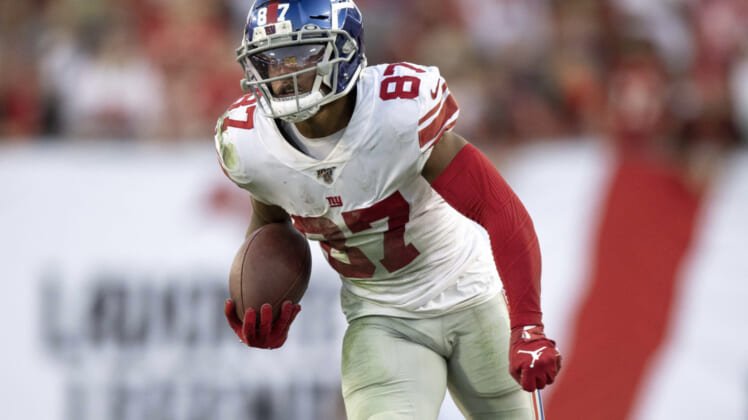 The New York Giants don’t have a lot to play for outside of draft position moving forward this season.

This could expedite a decision regarding No. 1 receiver Sterling Shepard’s status for the remainder of the season.

Shepard missed Monday’s game after suffering his second concussion within the matter of a month. To say this is concerning would be an understatement.

In talking about his star receiver, Giants head coach Pat Shurmur called Shepard’s concussions “serious” and seemed to suggest the receiver could be shut down for the remainder of the season.

There’s legitimately no reason to risk throwing Shepard out there. Even if he were to pass through the concussion protocol moving forward, why risk further issues in a lost season?

It really could impact Shepard’s ability to play in the NFL over the long term. We’ve seen multiple players simply retire from the game before their primes since the entire concussion issue came to the forefront years back.

Shepard, 26, took over as the Giants’ No. 1 receiver when they traded Odell Beckham Jr. during the spring. He’s recorded 25 receptions for 267 yards and a touchdown in four games this season.