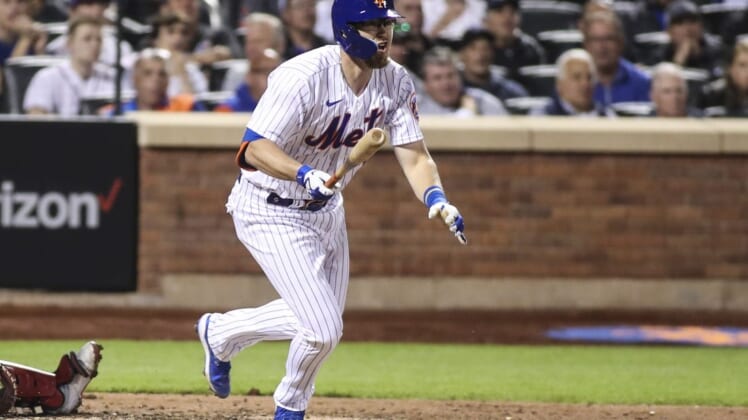 The San Francisco Giants claimed catcher Patrick Mazeika off waivers Sunday after the New York Mets had designated him for assignment.

Mazeika, 28, has seen action in 61 games for the Mets over the past two seasons, including 24 games this year. A career .190 batter, Mazeika has two home runs and 12 RBIs.

The backup catcher was best known among Mets fans for hitting two walk-off fielder’s choices in the span of one week as a rookie in May 2021. He had multiple walk-off RBIs before finally landing his first career hit, becoming the first player in 100 years to do so.

Mazeika also manned first base for three games for the Mets. He was DFA’d Thursday when the Mets claimed infielder Yolmer Sanchez off waivers from the Boston Red Sox and needed to make room on the roster for him.