Gerrit Cole strikes out 14 as Yankees sweep Twins in DH 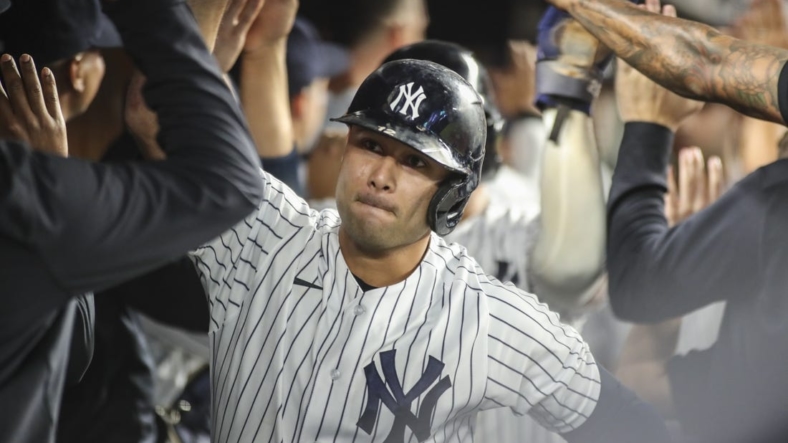 Gerrit Cole struck out a season-high 14 in 6 2/3 stellar innings and Isiah Kiner-Falefa hit his first career grand slam in the fourth inning as the New York Yankees beat the visiting Minnesota Twins 7-1 Wednesday night to complete a doubleheader sweep.

The Yankees (83-54) won their fourth straight and beat the Twins for the 10th straight time at home, including the first two games of the 2019 AL Division Series.

Cole (11-7) allowed a homer to Carlos Correa among five hits, walked two and threw 118 pitches to win for the second time in three starts. Cole notched his eighth double-digit strikeout game this season and 55th in the regular season.

He struck out multiple hitters in every inning but the second and sixth and finished two shy of his career high set with Houston on May 4, 2018 at Arizona.

Kiner-Falefa hit the tying single in the 12th inning of the opener when rookie Oswaldo Cabrera hit a game-ending single in a 5-4 win.

Kiner-Falefa then homered for the second time in three games and for the third time this season when he belted a first-pitch slider into the left field seats off Minnesota starter Joe Ryan (10-8).

Kiner-Falefa started both games of the doubleheader at third base because DJ LeMahieu sat out with a toe injury that could send him to the injured list and Josh Donaldson was placed on the paternity list.

Aaron Hicks added a bases-clearing double in the eighth for the Yankees, who also won their sixth straight home game.

Correa gave the Twins a 1-0 lead in the third but Minnesota (68-67) lost for the fifth time in six games following a five-game winning streak.

After Correa connected, Jose Miranda walked and Nick Gordon singled but Cole fanned Gio Urshela to end the third and struck out the side in the fourth. Cole opened the seventh with two strikeouts and exited to a standing ovation after Sandy Leon singled.

Lucas Luetge fanned Correa with two on to end the seventh, pitched the final 2 1/3 innings and was credited with his second save.