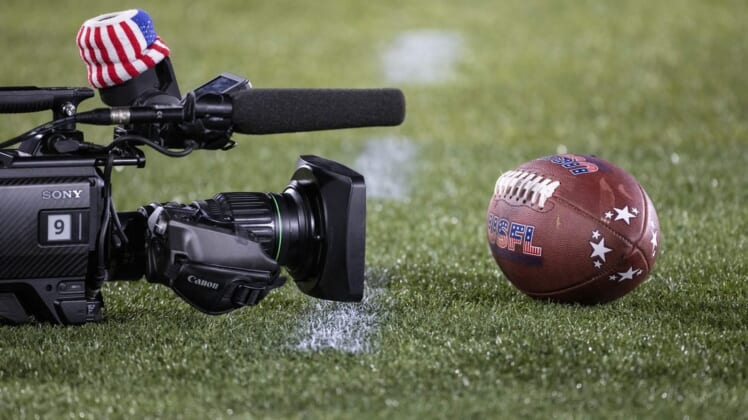 The New Jersey Generals clinched the USFL North Division title Saturday afternoon, rallying to beat the Michigan Panthers, 25-23, taking the lead with a late touchdown and sealing the outcome with a last-minute interception.

Michigan had taken a 23-19 lead earlier in the fourth quarter of the game in Birmingham, Ala., but Luis Perez hit Darrius Shepherd for a 17-yard touchdown pass with 2:33 remaining to put the Generals ahead for good. Paris Ford’s interception near midfield with 49 seconds remaining enabled New Jersey to move to 8-1 on the season, clinching the North title with a week remaining in the regular season.

Perez had come on in relief of De’Andre Johnson and completed 10 of 16 passes for 92 yards with no interceptions. Shepherd caught eight passes for 99 yards for New Jersey, which intercepted three Michigan passes.

The Panthers dropped to 1-8 on the season despite outgaining the Generals 336-251.