Gary Brown, former star NFL running back, passes away at 52 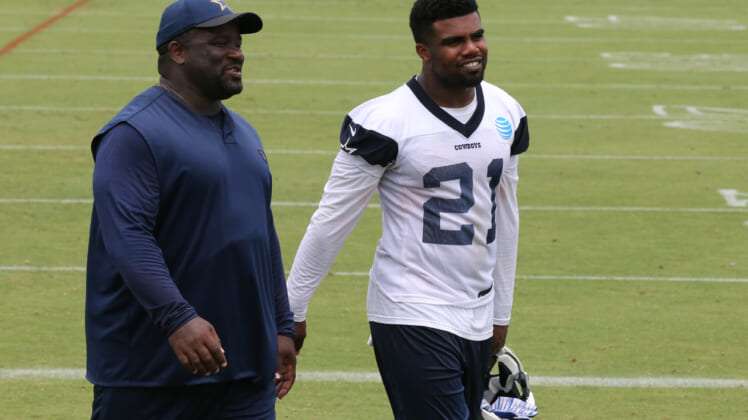 The NFL world was dealt another brutal this weekend with reports indicating that Gary Brown has passed away at the young age of 52 on Sunday.

A former star running back at Penn State, Brown made a name for himslf as a member of the then-Houston Oilers. The Pennsylvania native also acted the part of a life-changing force for multiple young players as a running backs coach — both at the collegiate and NFL levels.

The passing of Gary Brown comes mere weeks after he stepped down as the Wisconsin Badgers running backs coach.

“On Thursday afternoon, Wisconsin Badgers head coach Paul Chryst announced that he has hired former Wisconsin offensive lineman Al Johnson as the new running backs coach in Madison. Johnson will take over for Gary Brown, who will assume an off-field role with the program.”

While we don’t want to speculate, it’s safe to assume that Brown’s decision to step away from coaching had something to do with his health.

Gary Brown passes away, legacy as a player and a coach

Chris Masse of The Williamsport Sun-Gazette was the first to report Brown’s death on social media, paying homage to the local product in the process.

A product of Williamsport, Brown played three seasons for the Nittany Lions before the Oilers made him an eighth-round pick in the 1991 NFL Draft.

He’d ultimately performed extremely well in five seasons with the Oilers, including a 1,000-yard rushing season back in 1993. Brown put up his second 1,000-yard season as a member of the New York Giants back in 1998.

However, it was his ability to connect with youngsters as a coach that set Brown a part in the eyes of many.

That included working as the Rutgers running backs coach in 2008 before taking over in the same role with the NFL’s Cleveland Browns from 2009-12 with Peyton Hillis showing out under his leadership.

Brown also served as the Dallas Cowboys running backs coach with Ezekiel Elliott starring in the backfield from 2013-19 before heading to Wisconsin ahead of last season.

Gary Brown was much more than a football player and coach, too. He’s surived by his wife Kim, two daughters, Malena and Dorianna, and one son, Tre.

As for the cause of death, reports indicate that Brown had been in hospice care in his native Williamsport over the past couple weeks.

Our thoughts go out to Brown’s family, his friends and those close to him.