It’s a day that changed our lives forever. Most of us will never forget where we were the minute we heard about the first plane crashing into the World Trade Center on September 11, 2001.

Nearly 3,000 Americans lost their lives at the hands of terrorists hell-bent on destroying our way of life. The attacks on New York, Pennsylvania and Washington D.C. changed the landscape of this nation forever, but it did not stop us from achieving our goals and moving forward a people united against a common foe and defeating those who caused so much pain to so many families in this nation.

During that time and in the weeks that followed, the sports world acted as an outlet to so many who were still dealing with the tragedy of that clear Tuesday morning. It showed us that we, still with heavy hearts and remembering the thousands that were sent to heaven too early, could re-acquire some sense of normalcy. For this, the sports world will always have a special place in the minds of millions of Americans who saw their lives changed forever that day.

Here are how some within the sports community remembered and paid tribute to 9/11.

Before today's game, the #Dbacks joined the @SFGiants in observing a moment of silence for 9/11. #NeverForget pic.twitter.com/qrkP4Q11Oq

Today we pause to reflect on the events of 9/11/01 and remember all those lost on that tragic day. pic.twitter.com/2WR7lyEiYU

Remembering the ones we love and lost on sept. 11th pic.twitter.com/QbCPw9e1dd

Thoughts and prayers to the families and friends who lost a loved one on September 11, 2001. #NeverForget pic.twitter.com/FETh55qktS

Here is Derek Jeter with the daughter of 9/11 victim (then and now). 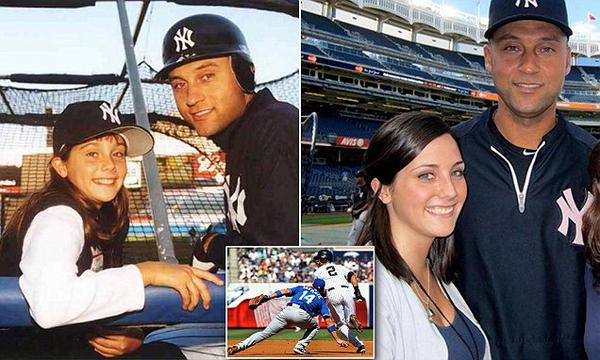 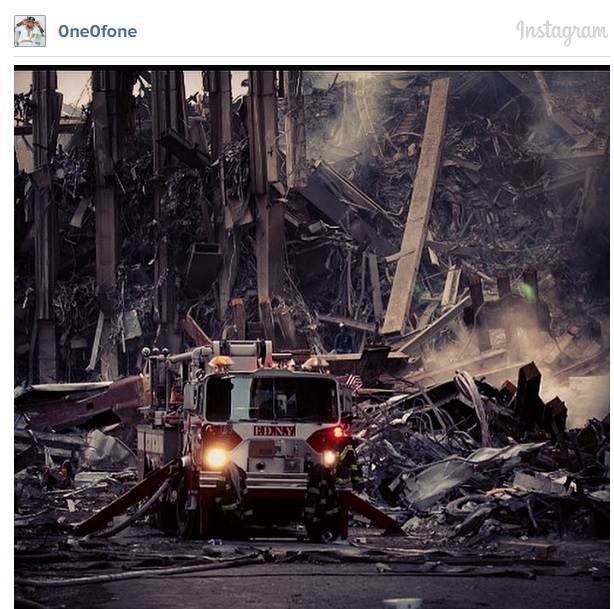 One of the most powerful photos mixing sports and humanity.. 9/11 Never Forget #NYPD #NYFD pic.twitter.com/X5iVnOLCVK

We all remember where we were that day, 13 years later. Never been more proud to be part of this country than this year. #NeverForget #911

On the 13th anniversary of 9/11, we look back at the impact it had on the NFL: http://t.co/iiJ27VpIkl #NeverForget pic.twitter.com/R6XFix7Tfi

Thanks @JoshCohen1063 for mentioning Pat Tillman. A fellow @ASU Sun Devil, a true patriot and a hero. @pattillmanfnd pic.twitter.com/E6kspZZhyi 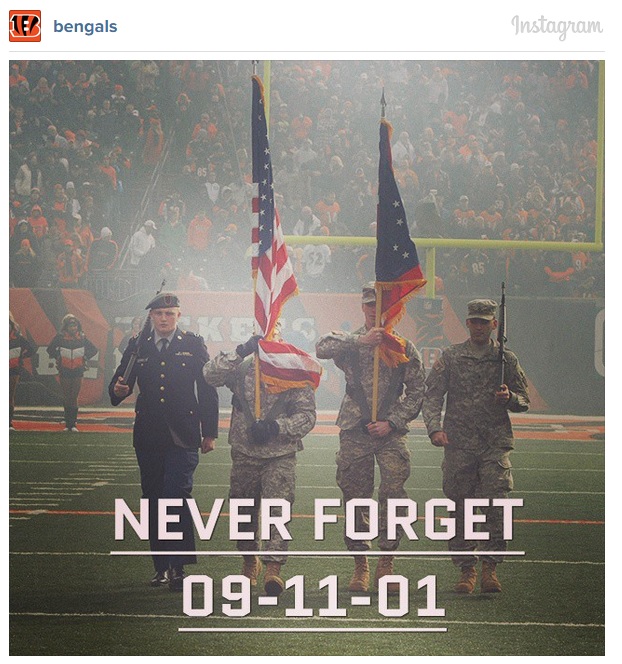