Someone call the fashion police or the regular police because these worst-dressed NFL fans were robbed of all fashion sense when they headed out the door to attend these NFL games.

I don’t know about you, but this looks like some kind of rodent, not a jaguar. It’s creepy, if that’s what this person was going for. 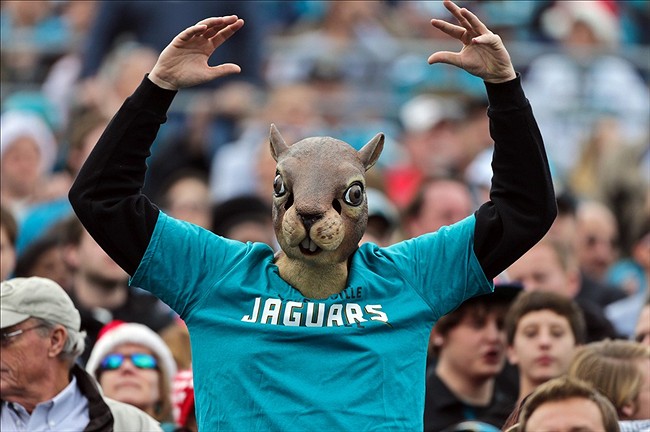 Must we dress like a pimp to attend a football game? 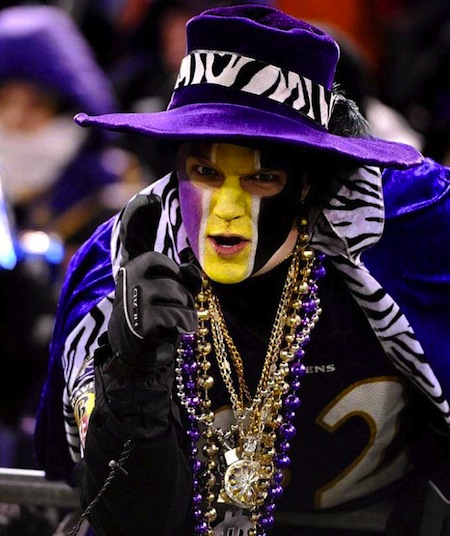 Is it a good idea to wear an Eli Manning-like noose around your neck?

Who dresses like Santa Claus at a Dallas game? Everyone’s going to be disappointed and Santa is going to get chased down after the Cowboys lose. 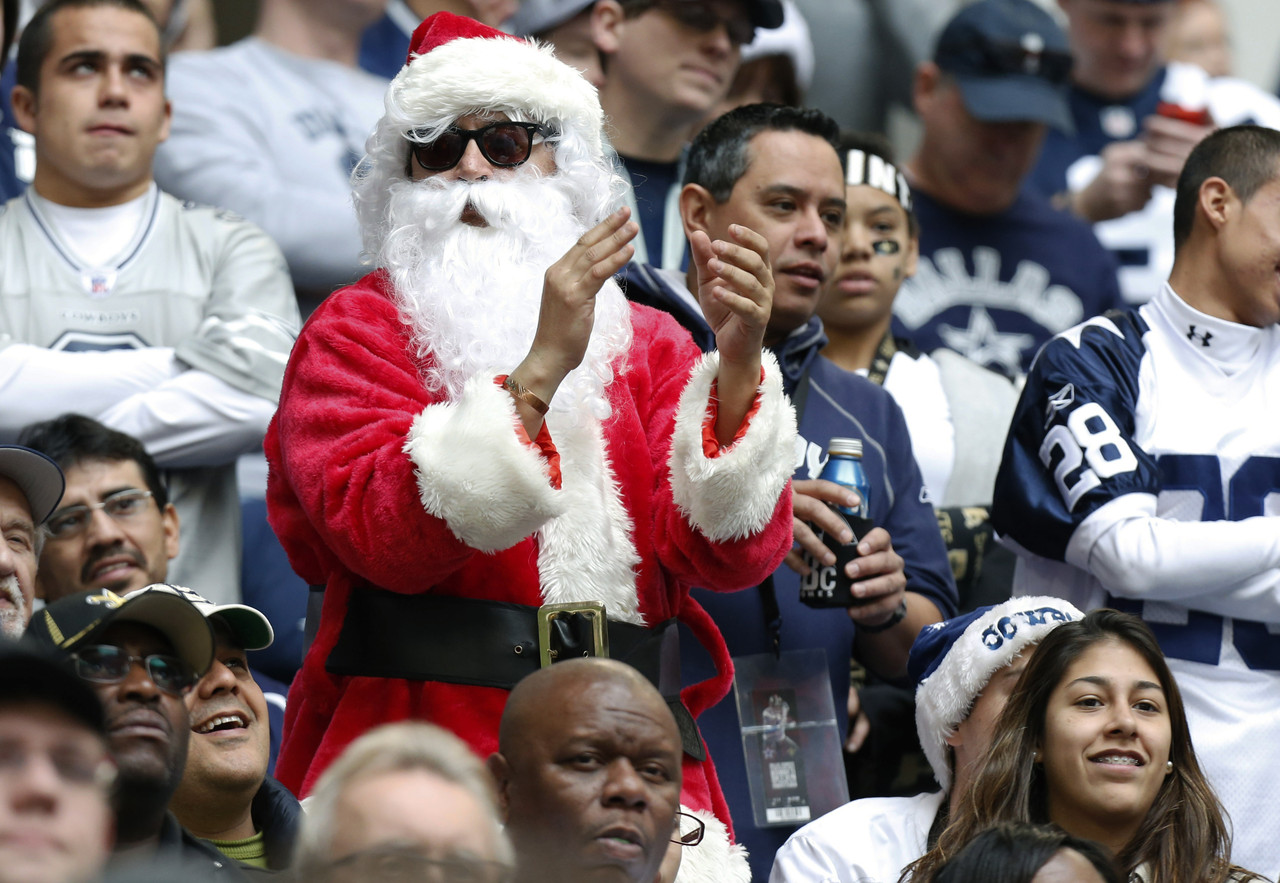 Ok now pull up those pants ASAP, no one wants to see that face at a game. 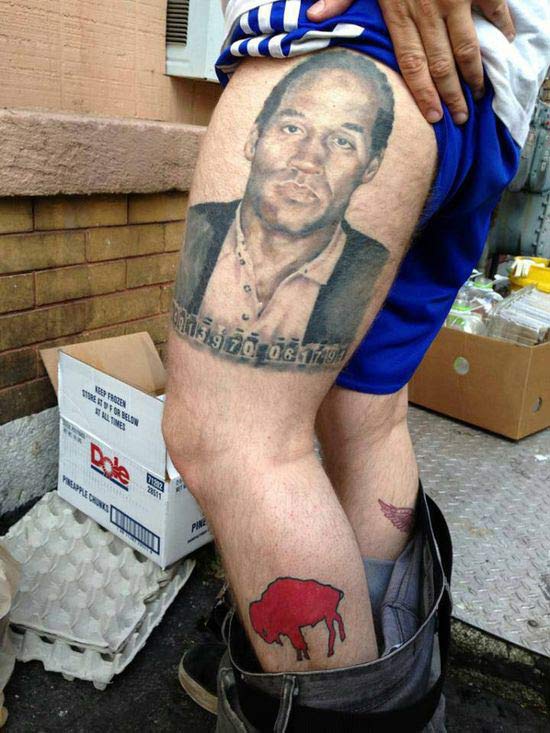 Hope I don’t have to sit next to her because those wings are taking up too much personal space. 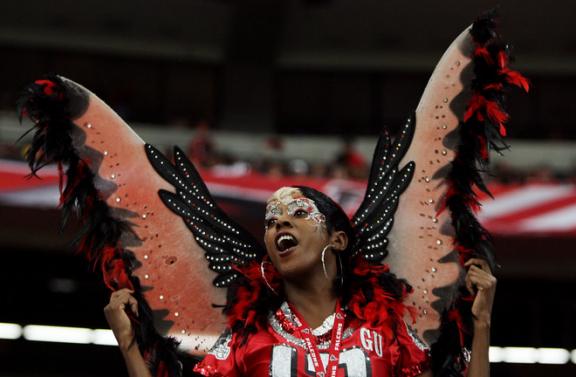 I don’t even know what to say. Some kind of bird outfit wearing a Jets’ sweater? 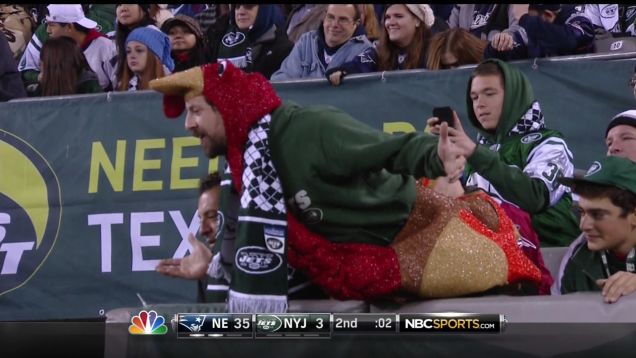 This is just ew… 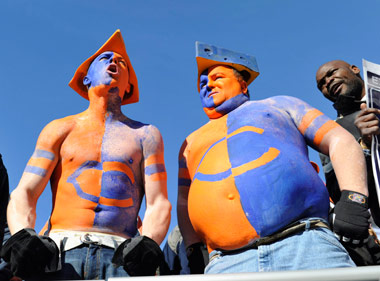 I’ll give anyone a dollar if they can even tell what team these worst-dressed fans are representing. 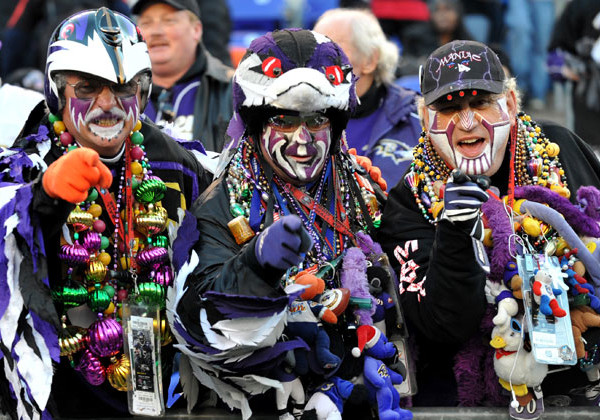 I don’t know here. Looks like a cross between Big Ben and a scarecrow. 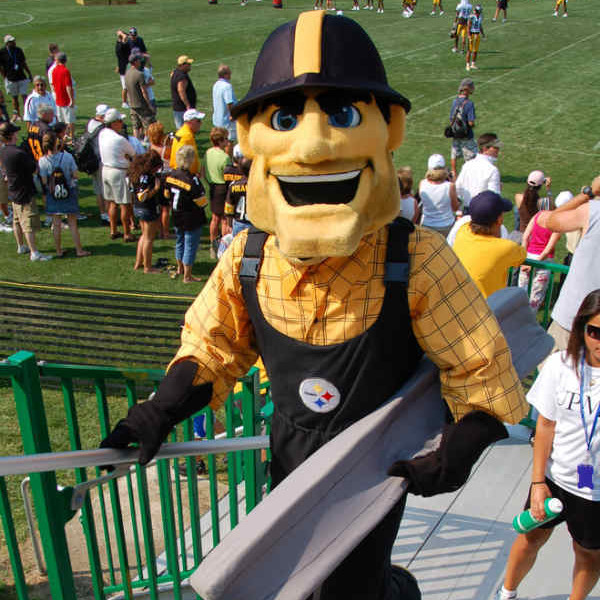 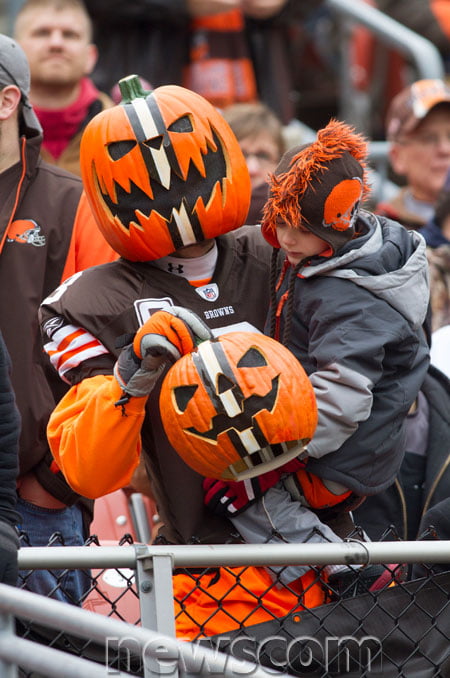 At least this guy has the Cowboys’ back. 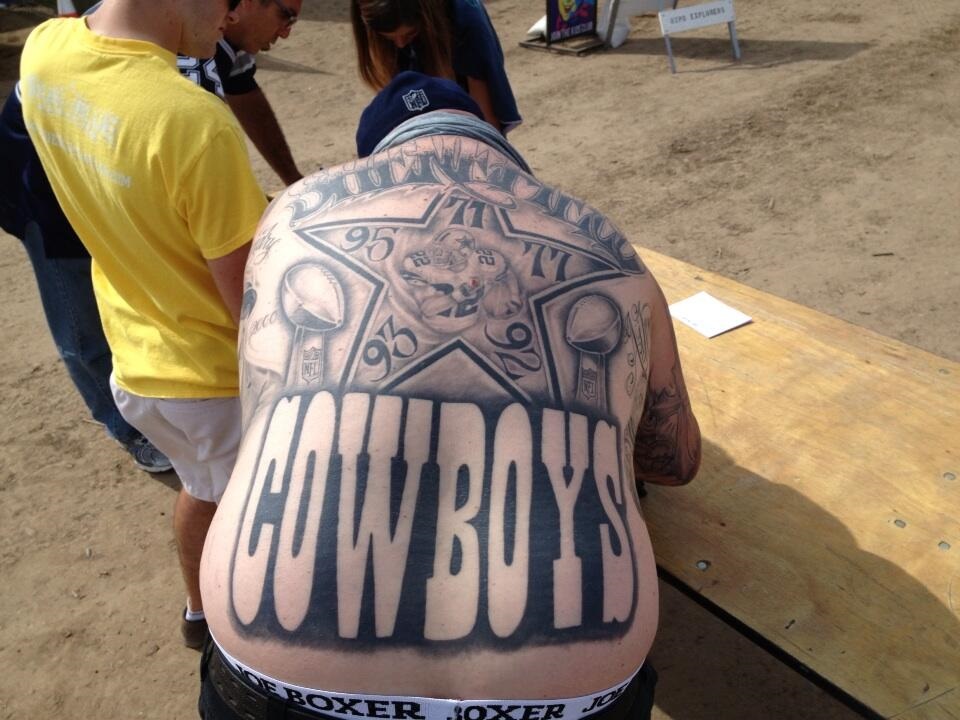 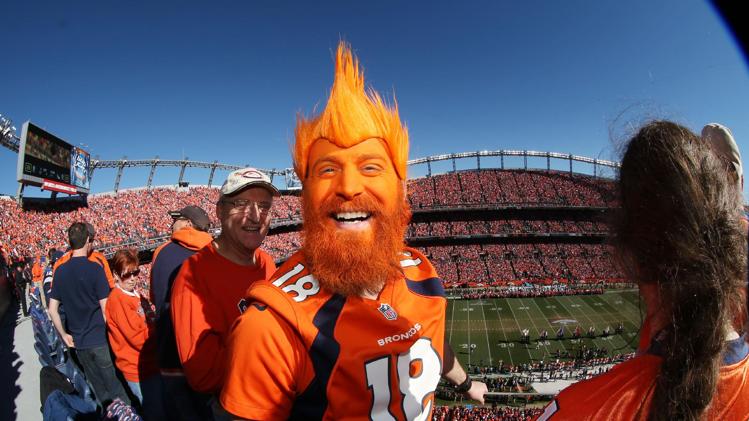 I’m hoping these two didn’t have to go through any metal detectors before getting to the game. 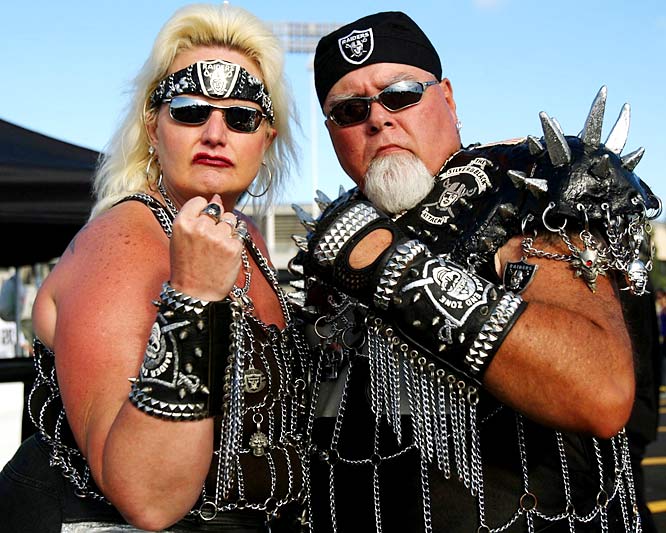 Here’s to hoping this guy is wearing something underneath his barrel. And to hoping he can stand for three hours in that thing. 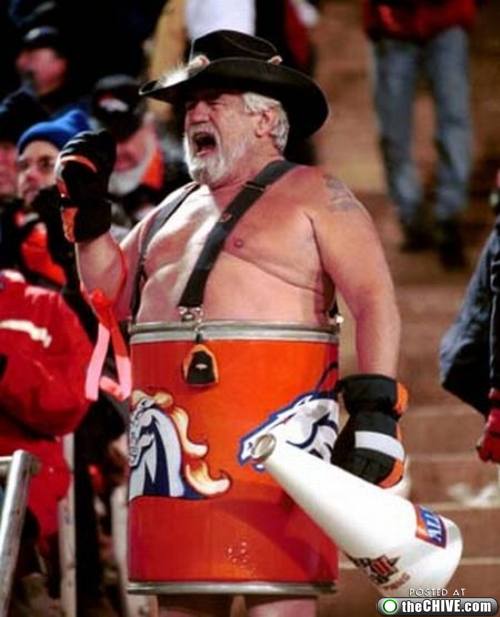 Clowns do not belong at football games…way too darn scary. 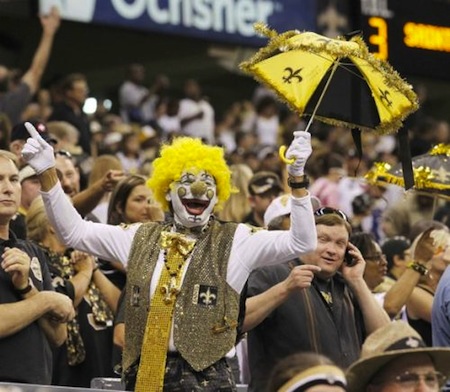 All I can think of is that show “Bridezilla” for this fan. 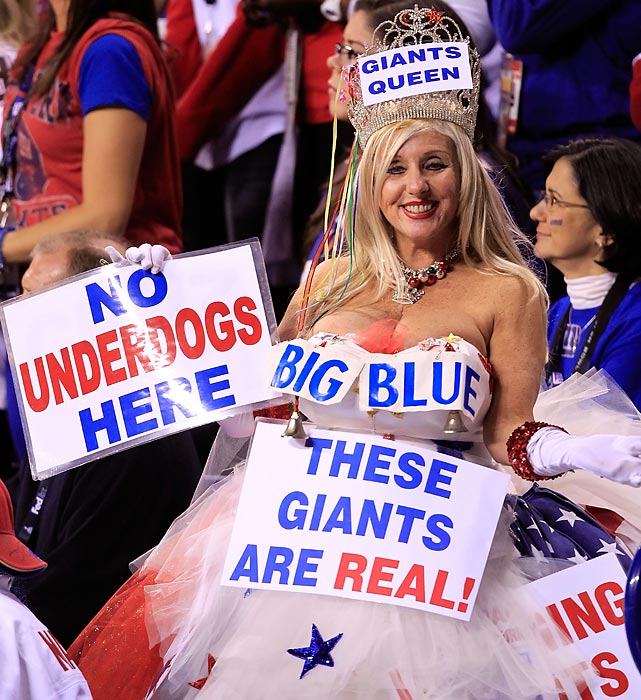