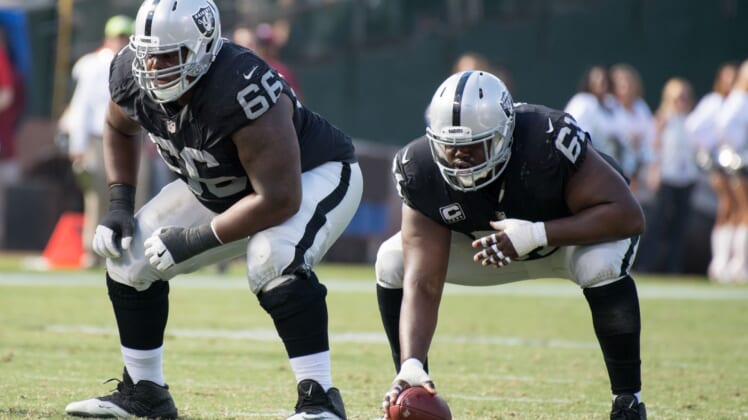 During joint practices between the Los Angeles Rams and Oakland Raiders, Oakland starting guard Gabe Jackson had to be carted off the field.

According to Michael Gehlken of the Las Vegas Review-Journal, Jackson was “struggling to put pressure on one of his legs.”

The incident occurred just minutes after a fight broke out between the two teams.

Jackson, 28, inked a huge contract extension two summers ago that keeps him tied to Oakland through the 2022 season. He’s started 72 games since the 2014 season when he was a third-round rookie out of Mississippi State.

Needless to say, the Raiders have to be holding their breath. Because losing Jackson would be bad news for Derek Carr and the offense as a whole.