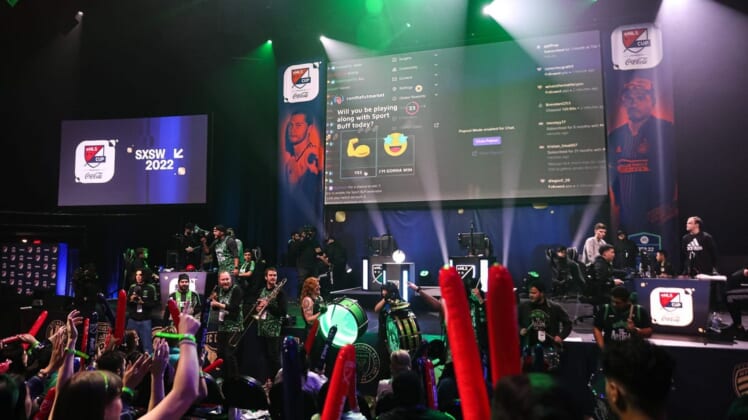 G2 Esports and OG pulled off comeback victories on the opening day of action Wednesday at the BLAST Premier Spring Finals in Lisbon, Portugal.

G2 and OG each lost opening maps before rallying for 2-1 wins. G2 took down Team Vitality in Group A, while OG defeated Natus Vincere in Group B.

In other first-day matches, FaZe Clan breezed past paiN Gaming 2-0 in Group A, and ENCE won a pair of tight maps while sweeping BIG 2-0.

The championship of the $425,000 Counter-Strike: Global Offensive series is being held at Altice Arena, the largest indoor arena in Portugal and one of the biggest in Europe with a capacity of up to 20,000. The Spring Final champion will earn $200,000 along with 4,000 BLAST Premier points and a spot in the $1 million World Final in December.

Eight teams are separated into two groups in a double-elimination format, with the top three teams from each group advancing to the single-elimination playoff bracket. All matches are best-of-three.

Also in Group A, FaZe blew out paiN with routs on Ancient (16-7) and Inferno (16-6). Latvia’s Helvijs “broky” Saukants filled the scoresheet with 50 kills and a plus-27 K/D ratio for FaZe. Gabriel “nython” Lino had 29 kills for the all-Brazilian paiN crew.

The other Group B match provided the wildest map of the day. Starting the match on Mirage, ENCE ripped off a 9-0 run to build a 13-2 lead that it blew immediately, as BIG scored the next 12 kills to take a 14-13 lead. ENCE eventually won 19-16 in overtime, then followed by winning 16-13 on Nuke after trailing 9-1.

Pavle “Maden” Boskovic of Montenegro, one of three ENCE starters with 46 kills, posted a plus-8 K-D differential. Johannes “tabseN” Wodarz carried the all-German BIG lineup with 58 kills and a plus-16 K-D differential.