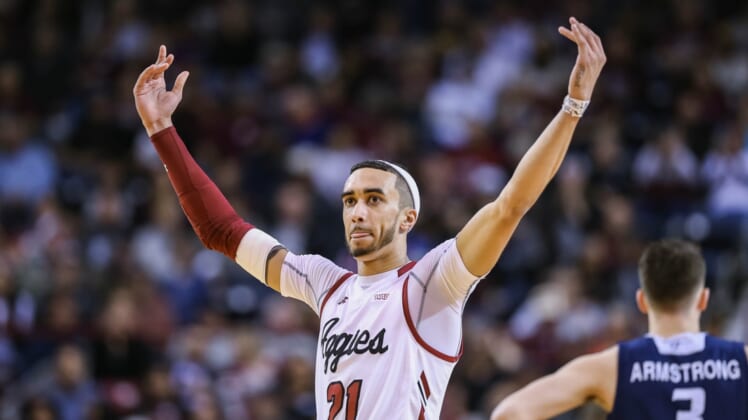 Rio Grande Valley Vipers guard Trevelin Queen was named the 2021-22 Most Valuable Player of the NBA G League on Thursday.

Queen will receive his award Thursday night before the Vipers host the Texas Legends in the Western Conference semifinals in Edinburg, Texas.

Also being honored are Rio Grande Valley coach Mahmoud Abdelfattah and general manager Travis Stockbridge as the G League Coach of the Year and Executive of the Year, respectively.

The Vipers finished 24-10 in the regular season to earn the top seed in the Western Conference. The team led the league in scoring (124.5 points per game) and rebounding (51.4 per game).