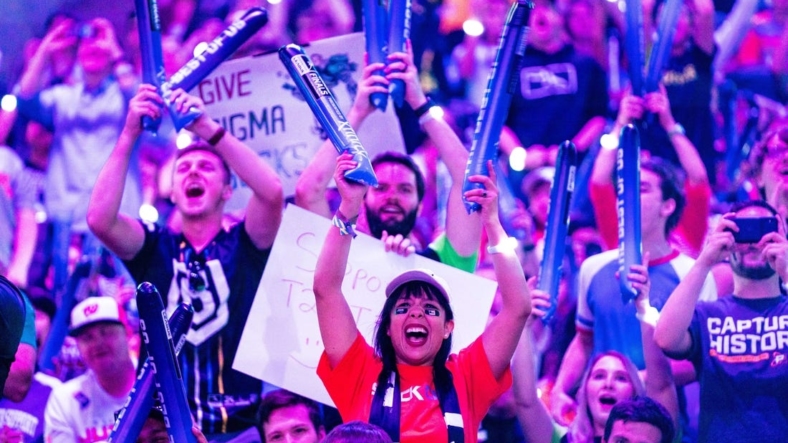 The Dallas Fuel swept the San Francisco Shock in three maps in the upper-bracket final on Saturday to advance to the grand final in the West Region of the Overwatch League Summer Showdown in Toronto.

The Fuel will await the winner of Sunday’s lower-bracket battle between the Shock and the Toronto Defiant. The final will follow later in the day.

Dallas won three straight close maps to clinch the match: 2-1 on Lijiang Tower, 5-4 on Hollywood and 1-0 on Circuit Royal.

The Defiant began their match with the Mayhem with a 2-1 win on Lijiang Tower, but saw Florida post victories on Paraiso (4-3) and Circuit Royal (2-1). Toronto recovered to knot the match thanks to a 1-0 victory on Colosseo and then clinched with a 2-0 triumph on Oasis.

Toronto’s sweep of the Outlaws began with a 2-0 win on Busan. After a 3-3 draw on Hollywood, the Defiant won 3-0 on Circuit Royal and clinched with a 1-0 victory on New Queen Street.

The Mayhem had to stage a big rally to upend the Spitfire in their quarterfinal. London won the first two maps, 2-1 on Oasis and 3-2 on Midtown. Florida began its comeback with a 3-1 victory on Watchpoint: Gibraltar, and squared the match with a 1-0 win on Colosseo.

The Mayhem took the deciding map, Ilios, by a 2-1 score.