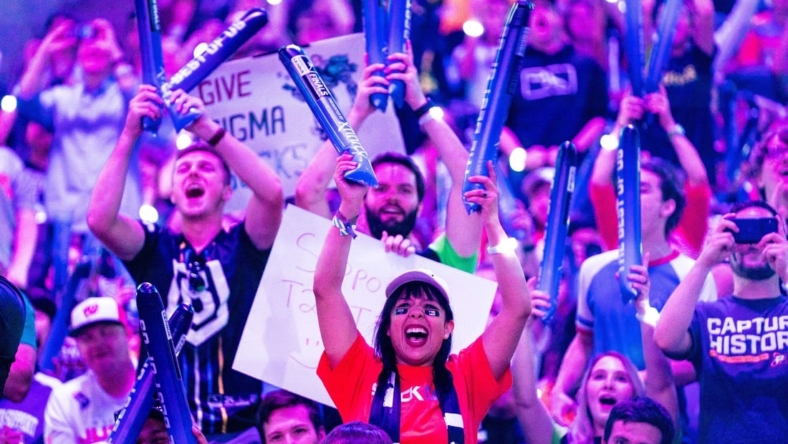 Earlier in the day, the San Francisco Shock and Hangzhou Spark stayed alive in the lower bracket, eliminating the Los Angeles Gladiators and Florida Mayhem, respectively.

The $2.5 million season-ending playoffs — which began with 12 of the 20 OWL teams — now move to Anaheim, Calif., for the OWL’s first in-person playoffs in three years. The upper-bracket final, lower-bracket quarterfinals and lower-bracket semifinal and will all be played Thursday, setting the pairing for Friday’s lower-bracket final and then the Grand Final.

The Fuel, the top-seeded team following a 20-4 regular season, were the first to advance to the upper-bracket final, sweeping the Seoul Dynasty 3-0. Dallas won 2-1 on Nepal, 2-1 on King’s Row and 3-2 on Dorado.

The Outlaws followed suit with a 3-0 sweep against the London Spitfire, taking Ilios 2-1, Eichenwalde 3-1 and Circuit Royal 3-1.

In Wednesday’s first elimination match, the Shock took Oasis 2-0 before the Gladiators answered with a 4-3 win on King’s Row. San Francisco bounced back 3-2 on Circuit Royal before closing out the match 1-0 on Esperanca.

The Mayhem opened the other elimination match with a 2-1 win on Busan, but the Spark swept the next three maps — 3-2 on Paraiso, 3-2 on Dorado and 1-0 on Esperanca.

The Shock and Dynasty will face off in Thursday’s first lower-bracket quarterfinal, followed by the Spark facing the Spitfire. Dallas will then face Houston in the upper-bracket final for a spot in the Grand Final.