From the Super Bowl to the Trevor Lawrence sweepstakes, what went wrong in Carolina 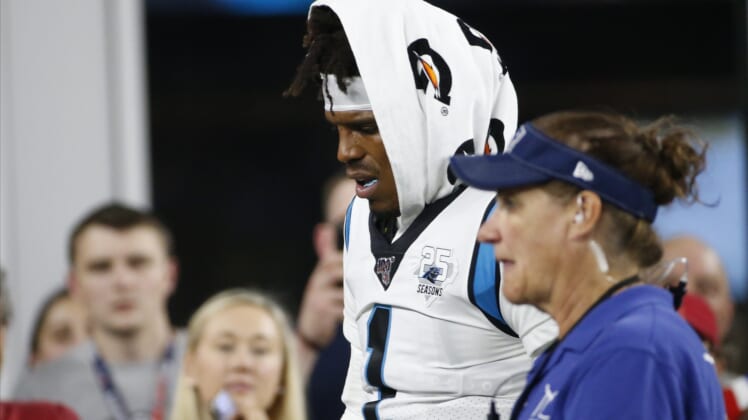 The Carolina Panthers’ Super Bowl window closed just as fast as it opened. It was just a few years ago that Carolina took to Levi’s Stadium for Super Bowl 50 against the Denver Broncos. The ensuing blowout loss and quarterback Cam Newton’s lack of maturity following an MVP season seemed to be the biggest story.

Carolina was going to be back. It was just a matter of time. Since then, the Panthers have posted a 29-34 record, fired longtime head coach Ron Rivera and are likely going to trade Newton here soon.

So what went wrong?

The bottom line: Starting with former general manager David Gettleman, a lack of success within the Panthers’ front office played a major role. Newton’s injury-plagued ways over the recent past and regression on the field has also been a major part of the team’s fall from grace. But there is a lot more to look at.

More than anything, I have to focus on Carolina’s unwillingness to build a capable offensive line in front of Newton. It’s led to some major injury issues, which have helped paved the way for his imminent departure from the Panthers.

It’s about the draft, stupid: For some reason, Gettleman failed to realize that cultivating an environment of winning and helping Newton succeed needed to be done through the draft.

Newton is not without blame: I’d be remiss to ignore the role that the former NFL MVP has played in Carolina’s decline over the past several seasons.

The NFC South: Starting with the Atlanta Falcons a few years ago and continuing with the recent success we’ve seen in New Orleans, the Panthers have fallen behind in the division.

Moving forward: Now that I have looked at three primary reasons Carolina has fallen off the map, there’s some good news on this front. The Panthers now have the pieces in place to expedite a rebuild.

In no way does that above-mentioned point take away from a simple point. Carolina’s previous brass closed the window on the team’s Super Bowl aspirations as fast as it opened. It’s hard to provide a counter-argument to that.

The Panthers are now in full-scale rebuild mode. How general manager Marty Hurney and Co. react to that new reality this offseason will lay the groundwork moving forward.

What we do know is that Tepper, Hurney and Rhule are in this for the long haul. If the three can work together, the rut we currently see these Panthers in will be a thing of the past. Whether that means tanking for Mr. Lawrence remains to be seen.