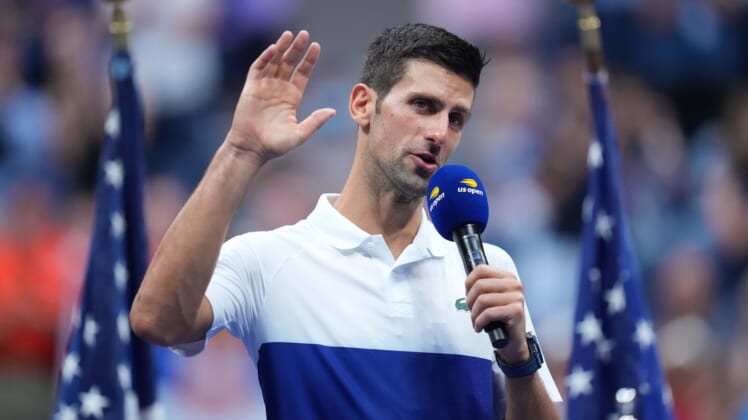 The French Open said Wednesday that Novak Djokovic will be allowed to play in the Grand Slam event in May as long as the COVID-19 situation in France remains under control.

The unvaccinated Djokovic missed the Australian Open after being deported due to his status.

French Open organizers say there is no way to prevent world No. 2 Djokovic from playing on the clay courts in Paris.

“At this stage there is nothing to stop him from returning to the courts,” French Open director Amelie Mauresmo said at a news conference.

France lifted some measures this week, including allowing unvaccinated people to frequent restaurants and other venues, including sporting events. That also gives Roland Garros a chance to operate at peak efficiency.

The 34-year-old Djokovic isn’t playing in the current ATP event at Indian Wells, Calif., and also will miss the upcoming event in Miami due to his vaccination status.

Also, officials said that Russian players such as top-ranked Daniil Medvedev will be able to play in the event as neutral athletes. The tennis governing bodies took a stand against allowing players from Russia or its ally Belarus to represent their counties due to Russia’s recent invasion of Ukraine.

The French Open is slated to begin on May 22.