It’s even more entertaining when that story includes someone like New England Patriots quarterback Tom Brady, who was suspended four games by the NFL for his alleged involvement in the Deflategate scandal.

Just check out the #FreeBrady hashtag, as it’s quite awesome.

Ray Rice only got 2 for battering a woman?

One minor issue here. Rice was actually suspended indefinitely after the NFL “saw” the video of the former Baltimore Ravens running back hitting his now wife Janay Rice.

Someone have a Pulp Fiction meme available?

Does this guy look like a cheater? I think not… #FreeBrady pic.twitter.com/4rFOs0ZpXN

Right. Cuz this would be the exact penalty for Josh McCown or Blayne Gabbert. #FreeBrady

I’m so mad right now I could piss nails and tear an iron phone book. #FreeBrady

Didn’t realize the NFL had the ability to jail someone. No, there aren’t any Aaron Hernandez jokes here.

We knew that one was coming.

There's actually a #FreeBrady hashtag. There are some Pats fans out there barely hanging onto their sanity… the rest already lost it. lol

However, the best thing from Monday HAS to be the GoFundMe account that a Patriots fan set up to help the team pay the $1 million fine the NFL levied against it. 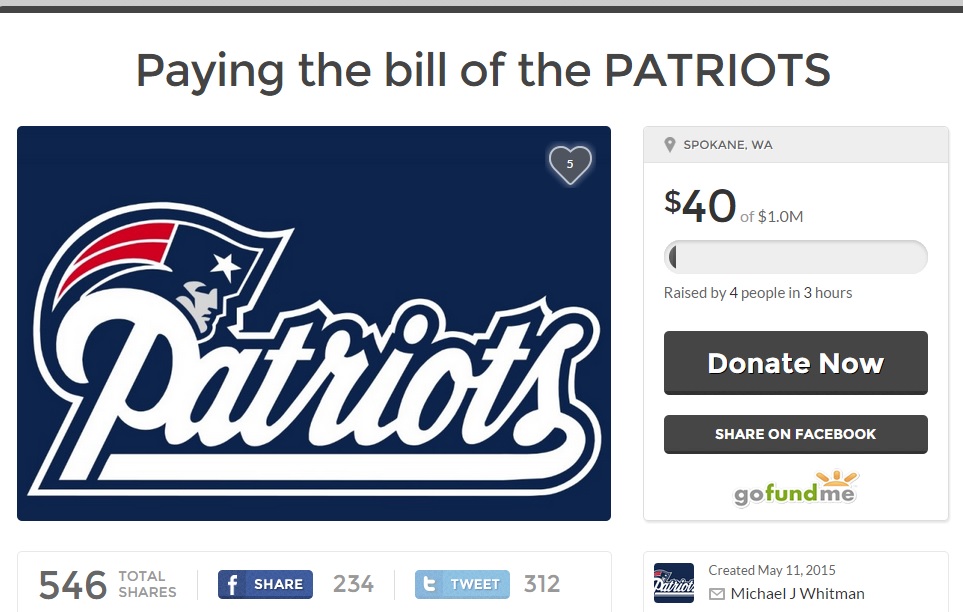