Frank Gore: ‘The goal is to come back one more year’ 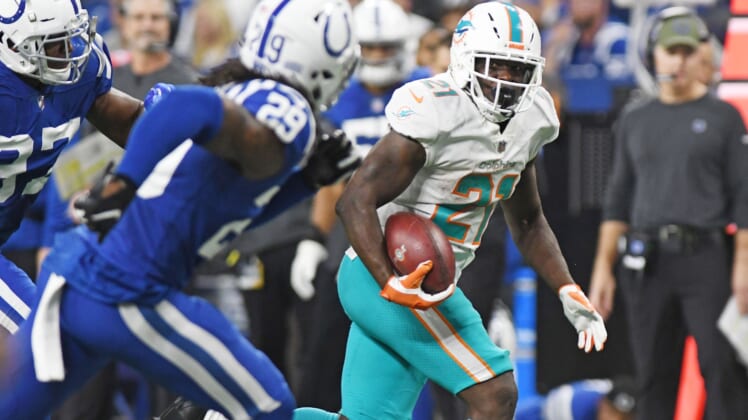 There’s no need to rely on reports as it concerns Frank Gore’s plans for the future, as the future Hall of Famer has made it clear he wants to play again in 2019.

Though he’ll miss the final two games of the 2018 season with a foot injury, Gore said Saturday that his goal is to play next season.

“The goal is to come back one more year,” Gore, a 14-year veteran, told the South Florida Sun Sentinel. “I’ll see who wants me. Hopefully the Dolphins can re-sign me — that would be big. But you know how the business goes.”

One of the league’s true iron men until this foot injury cropped up, Gore sits at No. 4 on the all-time rushing leaders list, behind only Barry Sanders, Walter Payton and Emmitt Smith.

The veteran back finished the 2018 season with 722 rushing yards to lead the Dolphins, but he failed to reach 1,000 yards from scrimmage for the first time since his rookie season.

Assuming Gore does find a team willing to sign him for the 2019 season, he’s just 521 yards away from the No. 3 all-time rushing mark. Given his consistency on the ground, he could easily pass Sanders next year.