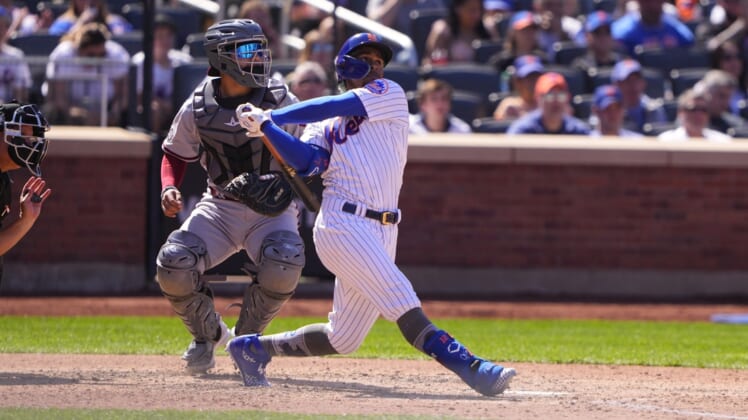 Robinson Cano and Starling Marte also homered for the Mets, who overcame the absence of starting outfielders Brandon Nimmo and Mark Canha — each of whom reportedly tested positive for COVID-19 — to win their third straight game and improve to 40-21 in home openers, including 10-4 since Citi Field opened in 2009.

The Diamondbacks scored three runs or fewer for the fifth time in seven games.

Bassitt (2-0) carried a one-hit shutout into the sixth, when Daulton Varsho hit a leadoff homer for Bassitt’s only earned run. The 33-year-old right-hander, who threw six scoreless innings against the Washington Nationals last Saturday, walked two and struck out six on Friday.

Sacrifice flies by Pete Alonso off Zach Davies (0-1) in the first and third innings gave the Mets a 2-0 lead. Cano, who was suspended for the entire 2021 season after testing positive a second time for a PED, homered for the first time since Sept. 22, 2020, when he went deep leading off the fourth. Lindor’s two-run homer chased Davies with one out in the fifth.

Eduardo Escobar added an RBI double in the seventh and the Mets piled on in the eighth, when Marte hit a three-run shot and Lindor followed with his second homer.

Marte and Travis Jankowski had three hits each, and Marte and Lindor each added a stolen base.

Ketel Marte had the Diamondbacks’ only other hit against Bassitt, a second-inning double. Arizona scored twice in the ninth off Sean Reid-Foley, who issued two walks before giving up an RBI double to Seth Beer and inducing Sergio Alcantara to hit into a run-scoring groundout.

Davies allowed five runs (four earned) on seven hits and one walk while striking out two over 4 1/3 innings.