The Los Angeles Dodgers entered play on Wednesday at 89-35. That puts them right on pace to win 116 games, which would equal the 1906 Chicago Cubs and 2001 Seattle Mariners for the most wins in regular season history.

It just seems inevitable that the season will end with the Dodgers winning the World Series and cementing themselves as perhaps the greatest single-season team in MLB history.

So, how on earth can we say that that won’t happen? That’s what we’re here to discuss.

If Los Angeles’ season is going to end with a bitterly disappointing postseason performance for the fifth year in a row, any one of these things will be what stops them.

1. Randomness of the playoffs 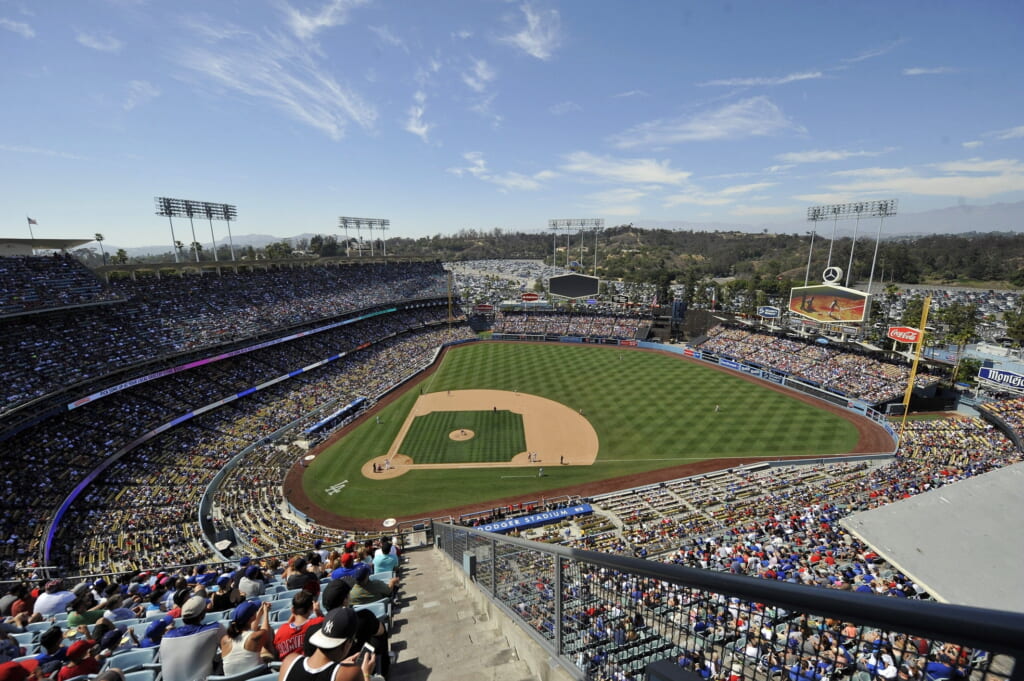 This is a big one. If you want to know how random the playoffs are, consider that neither the 1906 Cubs or 2001 Mariners won the World Series, themselves. A great regular season does nothing to guarantee a successful postseason run.

If you need more proof, we’ve got it.

In the 21st Century, the St. Louis Cardinals have won two World Series championships. The team’s best record in those two years was 90-72. The Cardinals have had eight better regular seasons during the same time frame. In all but two of those eight years, St. Louis completely missed the Fall Classic.

We can say something similar about the San Francisco Giants. They have won three World Series this century and, but came home empty handed after three regular seasons that were better than any of the championship years.

To say that the playoffs are a complete crap shoot would be wrong. There are skills that translate better to the playoffs and some weaknesses that manifest themselves more in the short sample sizes.

But there are unquestioned elements of luck and timing. Who will get hot? Who will get cold? These are things that can keep anyone from winning.

A perfect example of the randomness of the postseason showing itself off would be Zack Greinke leading the Arizona Diamondbacks to a win in the Wild Card game, Arizona finding a way to split the first two games with Los Angeles, then having a well-rested Greinke ready to pitch at home in Game 3 of a 1-1 NLDS.

The Diamondbacks are good, but the Dodgers are much better. If Arizona were to upend Los Angeles, it would be an upset that we could almost certainly attribute to the random nature of a Best-of-Five series.

But that’s not the case with every potential playoff opponent.

Granted, the Dodgers are the only team on pace to win even 100 games. But a few other teams are close. The Washington Nationals are on pace for 99, while the Houston Astros are on a 98-win track.

As a point of reference, the 2002 Anaheim Angels (as they were then known), 2004 Boston Red Sox, 2005 Chicago White Sox, 2009 New York Yankees, and 2016 Chicago Cubs are the only World Series champions from this decade to win 98 or more games. So, either of those teams would also be one of the best World Series champs in recent memory.

The Nationals, in particular, are a matchup nightmare for the Dodgers, or really any playoff team. It would not be a lot of fun to go into a playoff series where the other team is throwing Max Scherzer, Gio Gonzalez and Stephen Strasburg as three of its four starting pitchers.

Houston, meanwhile, has one of baseball’s scariest lineups. It also boasts a  pitching rotation with guys like Dallas Keuchel, Lance McCullers Jr. and Collin McHugh. If those arms stay healthy, the Astros are another team that nobody will be lining up to face.

And while they’re the next best teams in the league, it doesn’t stop there.

The Red Sox have a well balanced team. And in Chris Sale, have an ace that go with anyone. The Cubs have had an up-and-down year but we must not forget that they’re the defending champs, defeated the Dodgers in six games in the NLCS a year ago, and won 200 games over the 2015 and 2016 seasons. It would be hard to say Chicago defeating Los Angeles would be a massive upset, no matter what the 2017 records end up being.

Of course, those are all external factors. There are potential internal issues, as well. 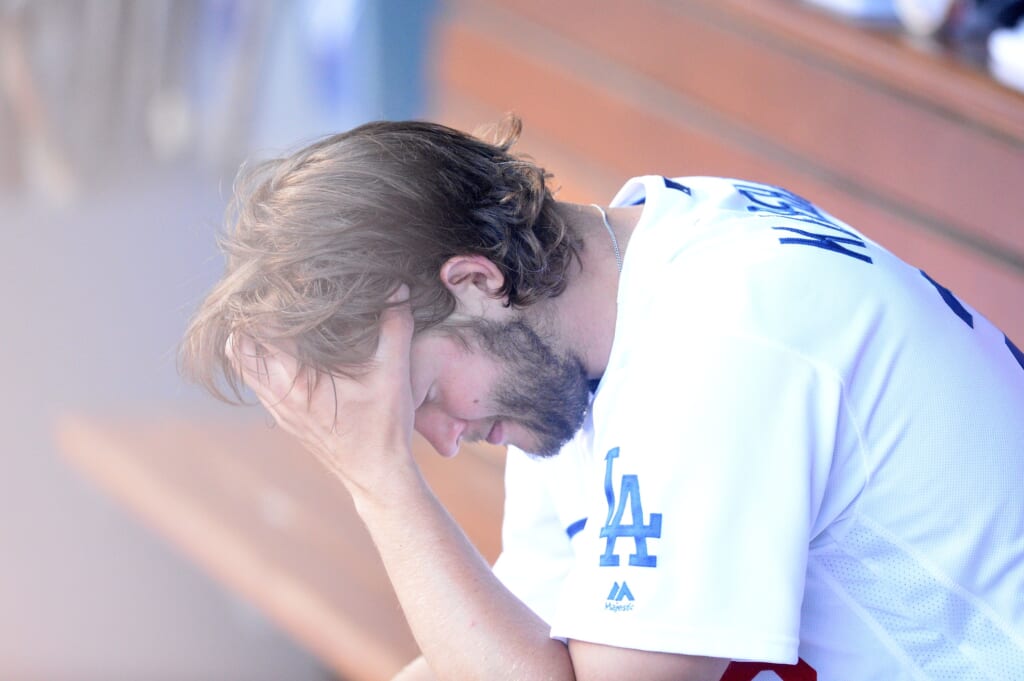 Presently, the Dodgers have quite an impressive list of names on the disabled list. That list includes Rookie of the Year lock Cody Bellinger, as well as Clayton Kershaw, Alex Wood, and Yu Darvish, who would be Los Angeles’ top three starters in a playoff series.

Right now, the injuries are not a huge problem. Fortunately for the Dodgers, they have a massive lead, so all of these guys can be brought back with caution. There’s more than enough time to do that and still have these guys ready for the playoffs.

Still, when there’s an injury, a re-injury is always a threat. Another threat is that it might take these guys a while to get back to top form.

For the Dodgers, September is going to amount to nothing more than glorified spring training. So, if Kershaw or Darvish get beaten around over a few starts, who really cares? But the longer it takes for them return to form, the more likely it is that they won’t be in top shape come playoff time.

And even if Los Angeles is completely healthy by October, there’s one other glaring concern.

The regular season is 162 games. Over those 162 games, teams get to pad their stats against No. 5 starters, and mop-up relievers. In the playoffs, that isn’t such an advantage. The off days allow teams to shorten their bullpens, and use four (or even sometimes three) man starting rotations. So, you’re not only facing the best teams, but you’re facing the best that those teams have to offer.

What that means is that teams that rely heavily on walks for a good OBP can struggle in the playoffs (witness the 21st Century Oakland Athletics). Quite frankly, the best pitchers just don’t walk as many guys. Similarly, teams that rely too much on the long ball can struggle, too. The best pitchers tend to have solid command, so they paint corners. Those pitches are hard to drive out of the park.

The Dodgers rely quite a bit on both the walk and the long ball.

If the Dodgers are going to go on an extended playoff run and win a World Series, they will need to be less dependent on free passes, and more willing to win via a series of jabs and body shots, as opposed to the early round knockouts. That’s not something that the Dodgers have had to do in 2017. If nothing else, it will be a test.

Now, if you’re reading all of this and thinking that we’re just trying to pick holes in a great team or be contrarian for the sake of being contrarian, that’s not the case. But right now it seems all but assured that Los Angeles will head into October and cruise to a World Series win. If you believe that, fine. Just be aware that there are credible reasons to think that it won’t be that easy.