Former NFL Player’s Mistress Kills His Wife, Then Herself 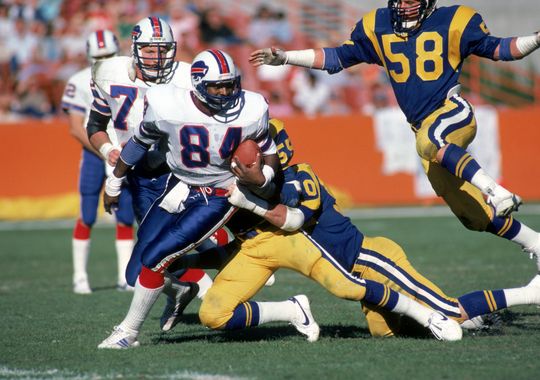 There’s a disturbing story coming out of Georgia surrounding former NFL tight end Buster Barnett. According to multiple local media reports, Barnett’s wife, Sandra, was kidnapped and killed by his mistress before she turned the gun on herself.

Per a report from KHOU.com in Clayton County, Georgia:

“Sandra was actually on the telephone with a friend when Lisa showed up at the front door,” Clayton County Police Capt. Richard Gandee said. “Lisa Brown was actually driving a vehicle owned by Buster.”

That vehicle, a Dodge Durango, was then involved in a high-speed chase on Interstate 20 that crossed into the Alabama state line. State troopers from Alabama joined Georgia authorities in the chase before the car came to an abrupt stop.

According to the report, Lisa Brown then killed Sandra Burnett before taking her own life.

Following the murder on Thursday, neighbors indicated that they had been growing suspicious of a vehicle parked outside of the Barnett household. In fact, they indicated that Sandra had replaced a lock on her gate at some point earlier after noticing that it had been tampered with.

Sadly, it’s possible that this could have been avoided:

“Lisa Brown was actually on probation for kidnapping out of the state of Texas,” Clayton County Police Captain Richard Gandee said. “She had kidnapped her child that she had lost custody of, and the jurisdiction down there had to track her for like three days to find her.”

Brown had apparently been involved in an affair with Buster Barnett for several years.

Barnett was an 11th-round pick of the Buffalo Bills in 1981. He played a total of four seasons in the NFL, recording 26 receptions and a single touchdown during that span.