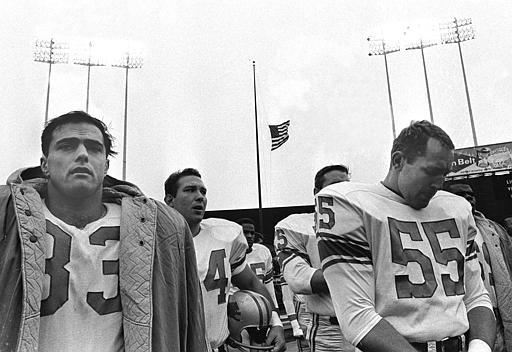 The NFL has been hit especially hard with the passing of former greats over the past several days. News of the death of former Detroit Lions All-Pro linebacker and San Francisco 49ers broadcaster Wayne Walker at the age of 80 on Friday is just the latest example.

Walker, who starred for the Lions from 1958-1972, died due to complications from Parkinson’s Disease in his hometown of Boise, Idaho, where he moved back to after retiring from broadcasting.

A three-time All-Pro with the Lions, Walker also spent 20 years as a broadcaster for the 49ers before retiring. On the field, Walker’s 200 games played stood as a franchise record until kicker Jason Hanson suited up for his 201st game back in 2004.

Following the death of Walker, multiple people around the football world paid their respects.

“He was the best,” 49ers Hall of Fame quarterback Joe Montana said, via SF Gate. “He did things the right way that allowed him to get answers and trust from players that no one else could.”

“Fifteen years, as a historian of the game and knowing as much as I know about the game, that’s rare air,” Lott said.

Walker played college football at Idaho and was a fourth-round pick of the Lions back in 1958. He previously battled throat cancer before being diagnosed with Parkinson’s.

Prior to his death, Walker indicated that the disease was a result of numerous hits to the head during his time in the NFL.

Walker is survived by his wife, Sylvia, sons Steve and Doug, daughter Kathy and eight grandchildren.