For the most part, football players exit the game with more than half their lives ahead of themselves. And while they have put their bodies through hell during their playing days, some attempt to make up for that by creating a healthy post-NFL lifestyle.

We have seen this with numerous football players in the past. Former NFL offensive lineman Alan Faneca comes to mind: 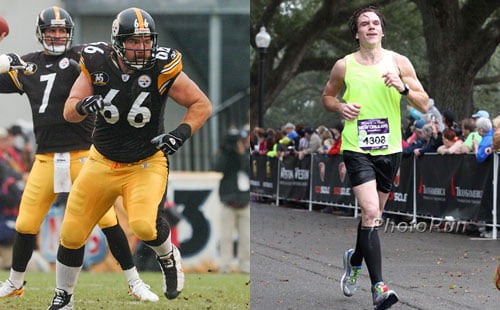 Faneca, who played 13 seasons in the NFL, earning nine Pro Bowl appearances, lost over 100 pounds following his retirement from the game in 2010.

This brings us to another Pro Bowl offensive lineman who just called it quits. Former San Diego Chargers center Nick Hardwick retired this past February after playing 11 years in the NFL.

Hardwick’s reasoning for retirement was simple. He wanted to move on to the next chapter in his life.

In the few months following his final NFL game, Hardwick has lost 85 pounds. Once weighing in at 310-plus pounds, the former center is now standing at a cool 225. For someone that’s 6-foot-4, that’s an amazing accomplishment. For a former NFL offensive lineman who had to bulk up to remain on the field, it’s even more amazing. 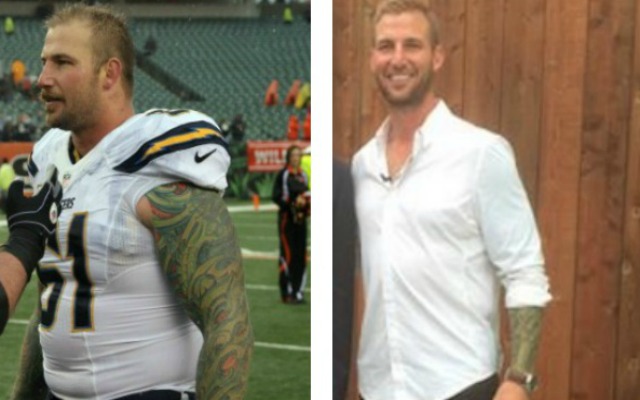 In talking with Monday Morning Quarterback, Hardwick said that he was “disgusting” during his playing days, something that multiple former NFL offensive lineman have indicated following retirement.

Hardwick expanded on his thought process:

“I wanted a magazine six-pack, to look like Brad Pitt in Fight Club. That’s never gonna happen, but I might as well try.”

Now eating kale salad and lemon water in between trips to yoga class and five-mile walks, Hardwick’s entire lifestyle has hanged. This just goes to show us how much players sacrifice to suit up and go to battle on Sundays.

It truly is an inspirational story.