Derrick Brooks, who earned 11 Pro Bowl trips in his 14-year career with the Tampa Bay Buccaneers, will be enshrined into the Pro Football Hall of Fame this upcoming weekend. But it’s not his impact on the field that the Tampa area has felt the most, as Martin Fennelly from The Tampa Tribune suggests.

The scribe penned an article on Monday that focuses on Brooks’ off-field commitment to the Tampa Bay region. And it is a story worth telling.

It goes on to talk about the vast amount of community work Brooks has done in the two decades since the Buccaneers made him a first-round pick back in 1995.

It began with Brooks providing tickets to Bucs games for children at local clubs, but the focus soon became youth education. Brooks graduated in three and a half years at Florida State, then earned his master’s degree across several Bucs offseasons. He was on FSU’s board of trustees from 2003 to 2011. Education, knowledge. And relationships.

Brooks then went on to form a the Brooks Bunch, which focuses on educational trips to places such as Africa. He also set up a non-profit called Derrick Brooks Charities as a way to mentor children and provide them with college scholarships.

For Brooks, this type of direct community involvement is about building relationships within the community and taking it from there, as he indicated to The Tampa Tribune.

My whole theme of life is relationships, connections, and that’s how it kind of all started.

Brooks continued by talking about his relationship with the Boys & Girls Club. 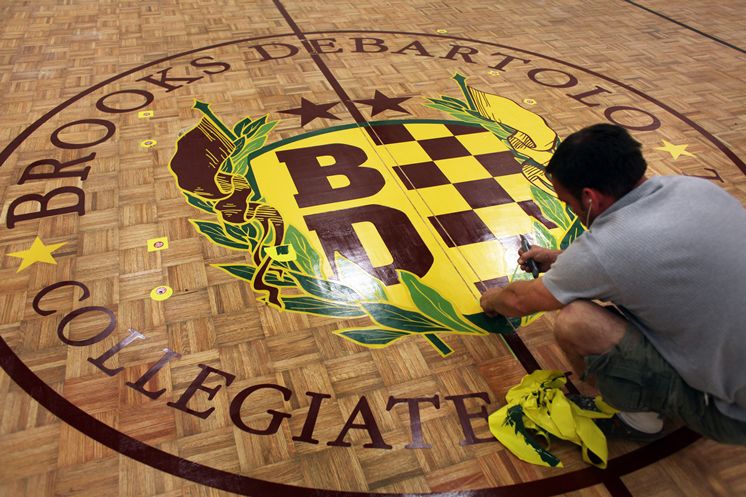 He hasn’t stopped there. In 2007, Brooks teamed up with Tampa resident and former San Francisco 49ers owner Edward DeBartolo to form the Brooks DeBartolo Collegiate High, which is a non-profit public charter school that focuses on helping children prepare for college.

For his part, DeBartolo had this to say about Brooks’ vision for the school.

We talked one night about starting a charter school and getting kids prepared for college. Our (DeBartolo Family) foundation is about education. It took five minutes. I told Derrick that’s enough — I’m in. Derrick became obsessed with the idea. No detail was too small. He’s a greater person than he was a football player, and that’s saying something.

In this day and age, when all we hear about is the latest DUI arrest or domestic violence scandal, it’s refreshing to see such a great player act the part of a role model off the field. While these stories aren’t few and far between, Brooks’ service to the Tampa area should be recognized.

He didn’t take the money he earned during a Hall of Fame career and retire quietly into the night. Instead, he used his passion, celebrity and money to advance the lives of so many others. For that, Brooks should be honored…not just for his heroics on the field, but for his heroics off it.