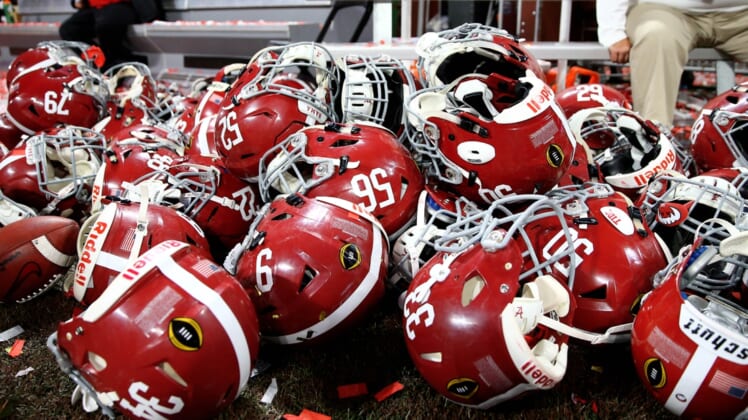 Former Alabama defensive lineman Lorenzo Washington has died. He was 34.

Alabama announced Washington’s passing on Monday but didn’t release a cause of death.

“We are devastated to hear of the passing of Lorenzo Washington,” Crimson Tide coach Nick Saban said in a statement posted on Twitter. “Our thoughts and prayers are with Zo’s family, friends and teammates. He was an integral part of our 2009 national championship team, a wonderful son, father, friend and a loved teammate.”

Washington played for the Crimson Tide from 2007-09, including starting every game for the 14-0 team in 2009 that beat Texas to win the national championship.

Washington had 21 tackles and two sacks in 2009, part of a career in which he posted 69 tackles (12 for losses) and six sacks in 40 games while splitting time at tackle and end.

Washington was not selected in the 2010 NFL Draft and never played in an NFL game. He was signed by four different teams over the next three seasons.

He was signed by the Dallas Cowboys after the draft and released three months later. Washington spent time on the New England Patriots’ practice squad later in the 2010 season.

Washington was signed by the New York Jets in January of 2011 and spent the offseason with the club before being released shortly before the start of the season.

He also spent time on the Detroit Lions practice squad in 2012.