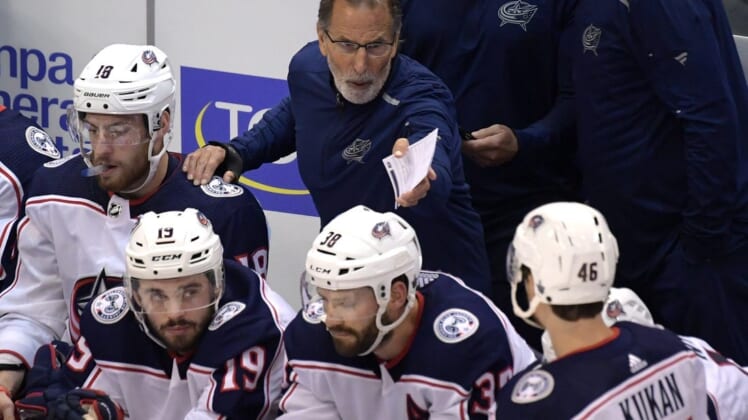 Tortorella, who will turn 64 on June 24, replaces interim coach Mike Yeo, who was fired on May 3.

The Flyers posted a 25-46-11 record this season, last in the Metropolitan Division.

Tortorella last coached the Columbus Blue Jackets, agreeing to part ways after the 2020-21 season. He has since been an analyst with ESPN.

“I am very happy to bring in John to be the next head coach and voice behind the bench of the Flyers,” general manager Chuck Fletcher said. “John demands the best out of his players every single game. He is a Stanley Cup champion and has a lengthy track record of both regular season and playoff success. During the interview process we discussed a number of factors that are crucial to bring this team immediate success and it became clear to me that his vision and style makes him the right person to restore a winning environment to our locker room.”

Tortorella ranks 14th in NHL history with 673 victories across 20 seasons. His win total is second only to Peter Laviolette (717) among United States-born coaches.

“I am very excited to be joining such a historic and well-respected franchise like the Philadelphia Flyers,” Tortorella said. “From my very first conversation with Chuck, I knew this was the right fit for me and I believe in the direction this team is heading.

“Having faced the Flyers for several years, I know firsthand how tough of a city Philly is to play in and I look forward to being on the right side of the bench on opening night in front of such a loyal and passionate crowd of Flyers fans.”