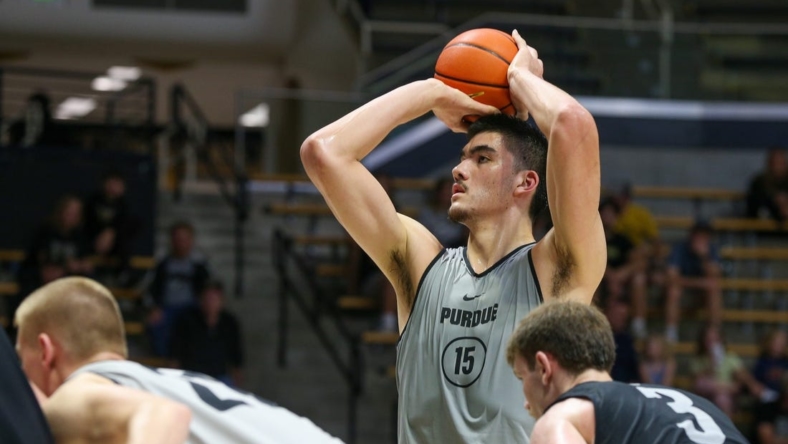 Zach Edey, a 7-foot-4 junior center, added 12 points, a career-high 17 rebounds and six blocks to pace the Boilermakers to a 52-34 advantage on the boards. Purdue had a 20-9 edge on the offensive glass, leading to 19 second-chance points.

Braden Smith had seven steals, the most by a freshman in Purdue school history, as the Panthers committed 21 turnovers — leading to 14 points for the Boilermakers.

BJ Freeman had 19 points and Ahmad Rand added 10 on 5-of-5 shooting for Milwaukee, which made just 3 of 19 3-point attempts.

Purdue also had an overwhelming advantage at the free-throw line, making 18 of 22, while the Panthers made just 4 of 9.

Two free throws by Freeman brought Milwaukee within 29-20 with 4:25 remaining in the half, but the Panthers failed to score the rest of the way, missing their final six shots and committing three turnovers.

The Panthers (1-1) opened with a 102-46 rout of outmanned Milwaukee School of Engineering, an NCAA Division III program, on Monday.