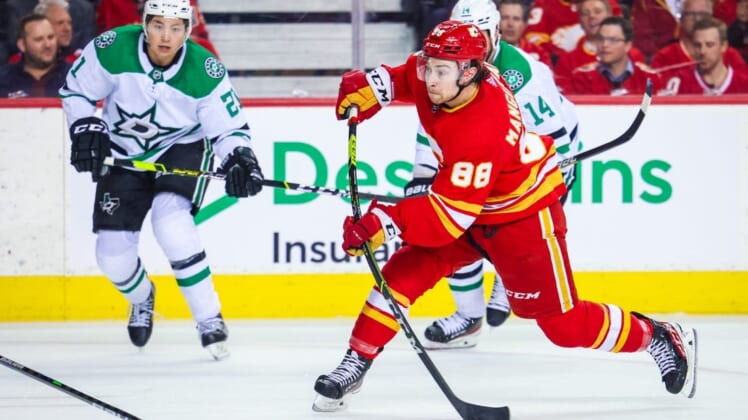 The deal, allowed the Flames and Mangiapane to avoid an arbitration hearing that had been scheduled for Friday.

Mangiapane, 26, recorded career-high totals in goals (35) and assists (20) while playing in all 82 games last season. He is coming off a two-year, $4.85 million contract.

Mangiapane has totaled 132 points (78 goals, 54 assists) in 260 career games since being selected by the Flames in the sixth round of the 2015 NHL Draft.