Five teams that will disappoint fans during the 2016 NFL Draft

The 2016 NFL Draft is almost underway. This will present NFL teams with the opportunity to select some rookie talent they feel will best fill holes and enhance roster depth.

While front office personnel are planning behind the scenes to make the most of their picks, fans can only hope their favorite team won’t blow it.

Though, history could repeat if the following NFL teams don’t exactly hit a home run in the upcoming draft.

After striking a trade with the Cleveland Browns to move up to No. 2, it is clear that a rookie quarterback is the focal point of the Eagles’ draft.

For this, fans are already airing their frustrations about Philly’s strategy.

Picking second, it is a given that the Eagles will either select Jared Goff or Carson Wentz. Then the team won’t call another name until pick 16 of the third round. Top running back Ezekiel Elliott will be long gone, along with other top offensive linemen the Eagles could have targeted.

Worse yet is that the Eagles don’t draft again after that until pick No. 153 in Round 5. Ultimately, this year’s draft boils down to the Eagles going all-in to risk everything on a rookie quarterback while they attempt to draft as wisely as possible with a handful of picks in the latter rounds.

Meanwhile, the Eagles claim Sam Bradford will be their starter, but he’s demanding a trade in light of the team’s move to draft a top quarterback.

If Philly fans thought the firing of Chip Kelly would end some of the chaos surrounding the team, last week’s trade certainly shattered that hope. 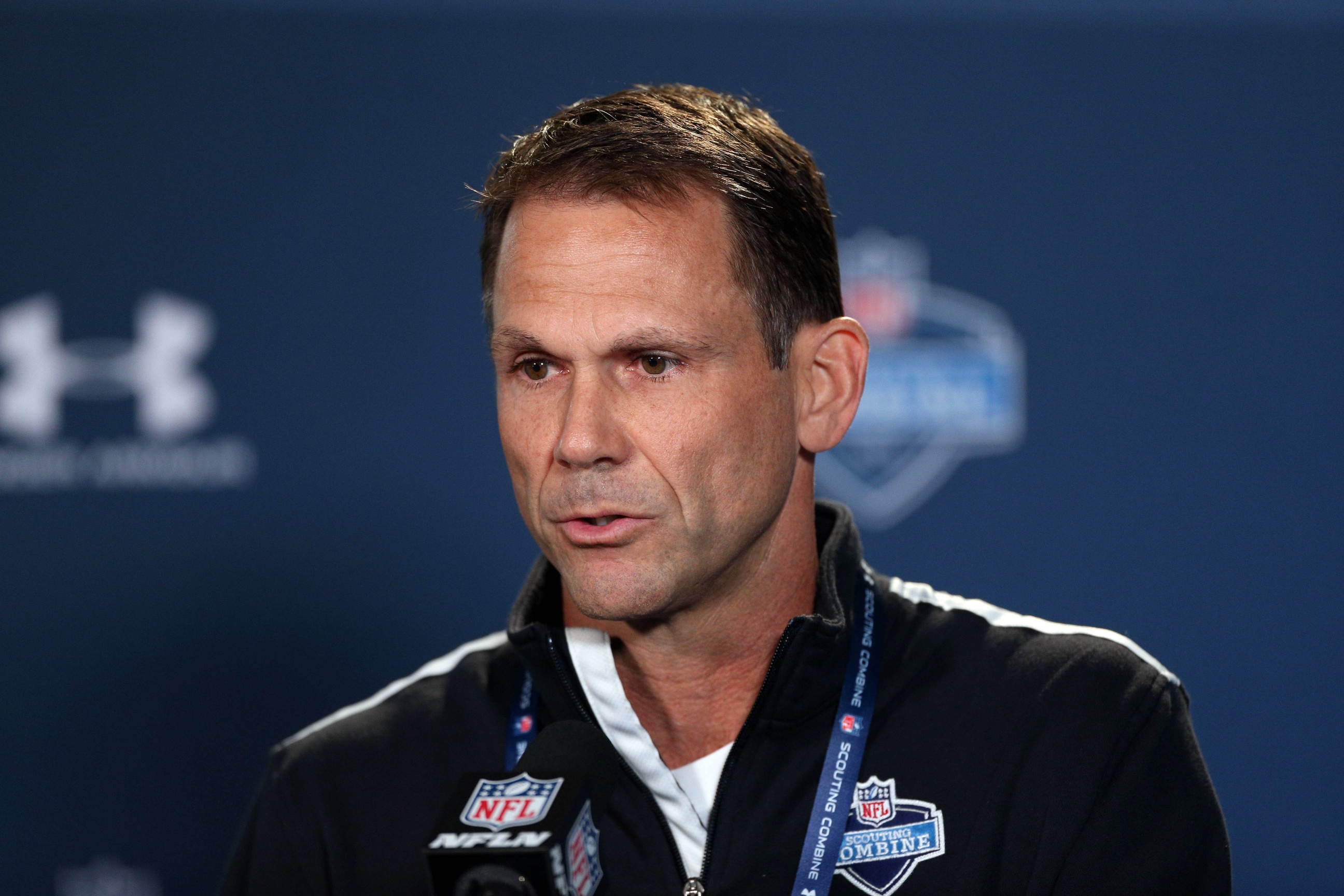 In the upcoming days, it will be interesting to see if the 49ers move down from their No. 7 pick. With both top quarterback prospects out of reach and Memphis product Paxton Lynch being the third-best option, a trade-down could be a fan-pleasing move.

The 49ers could obtain a couple of more picks and continue to stockpile talent. Even though a quarterback is a perceived need, using the No. 7 overall pick on Lynch is too risky. If no trade is struck, selecting a multi-talented pass rusher such as DeForest Buckner for the defensive line is a fabulous choice at No. 7.

The team must also address deep needs at wide receiver and on its offensive line.

Will general manager Trent Baalke and Co. make the most of the draft sitting on 12 total picks at this point? Or will fans once again be disappointed?

According to a report by Joe Fann of the team’s official website, Baalke’s draft strategy won’t include shying away from players with either injury concerns or character issues.

Looks like more of the same for weary 49ers fans.

Cleveland Browns fans can only hope that their team is finally catching on to this draft thing.

The trade the Browns agreed to with the Eagles to move down to No. 8 made brilliant sense.

With Robert Griffin III on the roster, it wasn’t necessary the Browns spend their first pick on a quarterback. History has proven time and again that drafting a quarterback in Round 1 marks disaster for the Browns.

Armed with 12 picks, including five within the first 100, the Browns will be under pressure to nail the draft this time around. After ceding 128.4 rushing yards per game last season, Cleveland targeting a top prospect at linebacker would be a crowd-pleasing move.

Better wide receivers are also a glaring need. The Browns might be tempted to snag Elliott at No. 8 (if available), but some might argue the team has bigger needs than going for the top running back with its first pick.

After all is said and done, hopefully this is not the mindset of Cleveland’s fan base come the close of the weekend.

If the Colts select another wide receiver in the first round, censorship will be necessary to bleep out the colorful language spewed by irritated fans.

General manager Ryan Grigson and his staff have selected 30 players in the last four drafts. Sadly according to Zak Keefer of The Indy Star, 17 of the 30 players, including all defensive positions chosen prior to 2015, are no longer part of the team.

With only six picks, the Colts must address needs at right guard, center, and at linebacker. On offense, a running back prospect such as Alabama’s Derrick Henry could fall to the Colts at No. 18. Frank Gore led a semi-effective ground game last season, but he turns 33 in May.

To save face with their fans and remain competitive in their division, the Colts need to strike some draft gold. 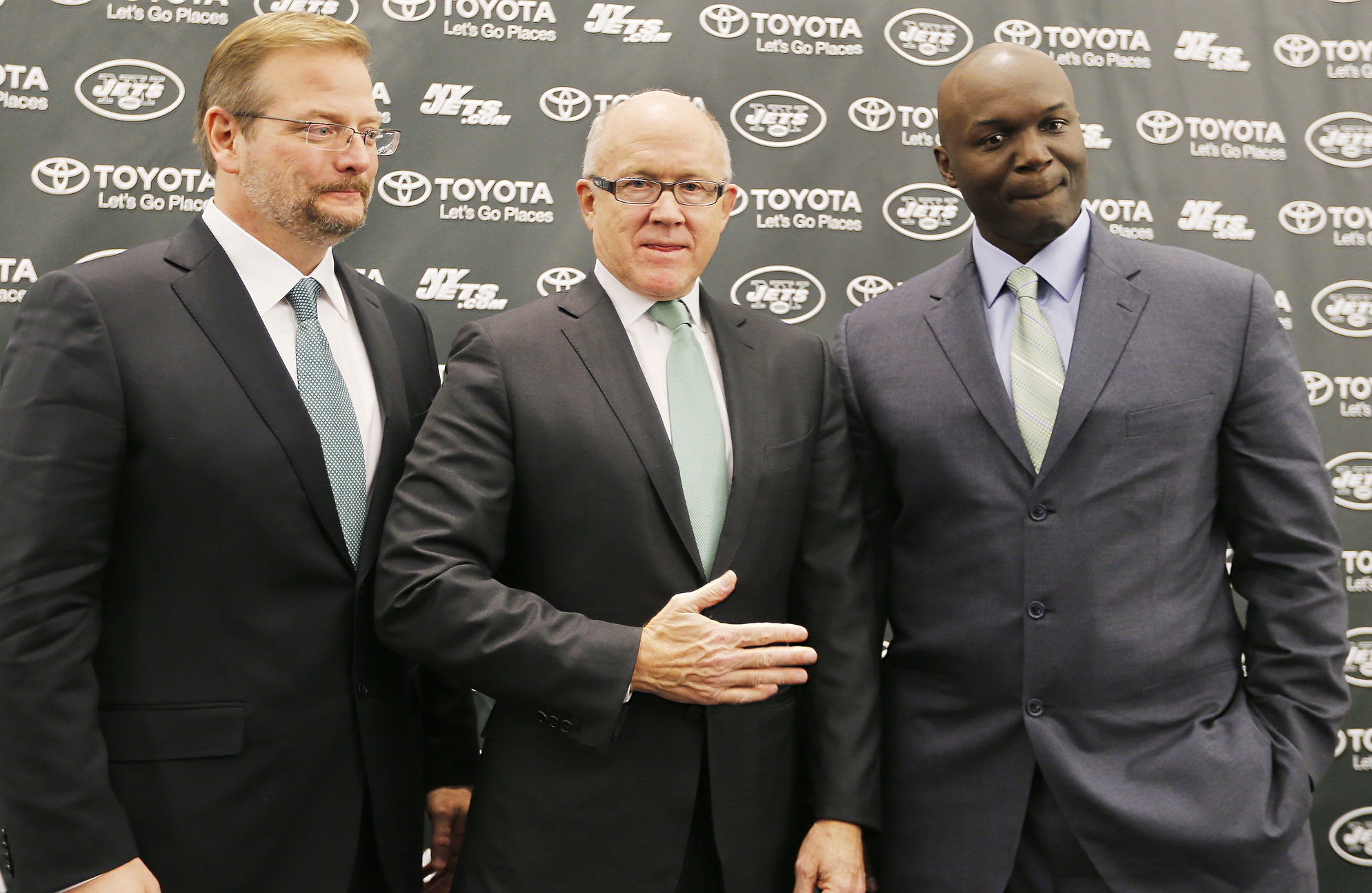 With a dysfunctional quarterback situation currently bubbling on the hot stove, rumors are afoot that the Jets might try to make a trade with the 49ers up to No. 7, to secure Lynch.

This could cost the Jets a draft pick or two from the mere six they only have. Muhammad Wilkerson could be lost to the 49ers as well during the process. More beneficially, the Jets could sit tight and wait for Lynch to possibly fall to them at No. 20, without giving up anything. Given the interest in the gangling Memphis product from other teams, though, it’s not likely.

Although, we must remember that the Jets’ recent history of drafting quarterbacks in the first and second round (Mark Sanchez, Geno Smith) hasn’t paid off so swell.

If the Jets could just get a deal settled with Ryan Fitzpatrick, they could focus on the team’s needs for a right tackle, outside linebacker and cornerback.

Plus, the Jets have Bryce Petty waiting in the wings, who they selected in the fourth round of last year’s draft. At some point it makes sense to see what he could bring to the table.

The Jets gave the Patriots and the rest of the AFC East a run for their money when they won 10 games last season. Wise drafting and less reaching could ensure the team keeps the heat turned up and fans happy again in 2016.

But it’s not likely to happen.