Now is the time for championship contenders to arise in full force while pretenders fall by the wayside after tasting the agony of defeat. The NFL’s playoff picture will come into focus with even more clarity after the games in NFL Week 16.

This weekend’s slate of games, most of which will be played on Saturday, Christmas Eve, feature some tremendous divisional rivalries. As these games are often extremely unpredictable and highly competitive, we’re bound to see some upsets that will have playoff implications.

Among them, we’ll see if the Carolina Panthers can win their third game in a row to keep things in the NFC South interesting. The Baltimore Ravens need to stave off the Pittsburgh Steelers to regain control of the AFC North, but can they? Will the Kansas City Chiefs knock the Denver Broncos out of playoff contention, or will Gary Kubiak’s team stay alive for one more week?

These are among the contests we’ll be examining — games in which the underdog has more than a fighting chance to win. 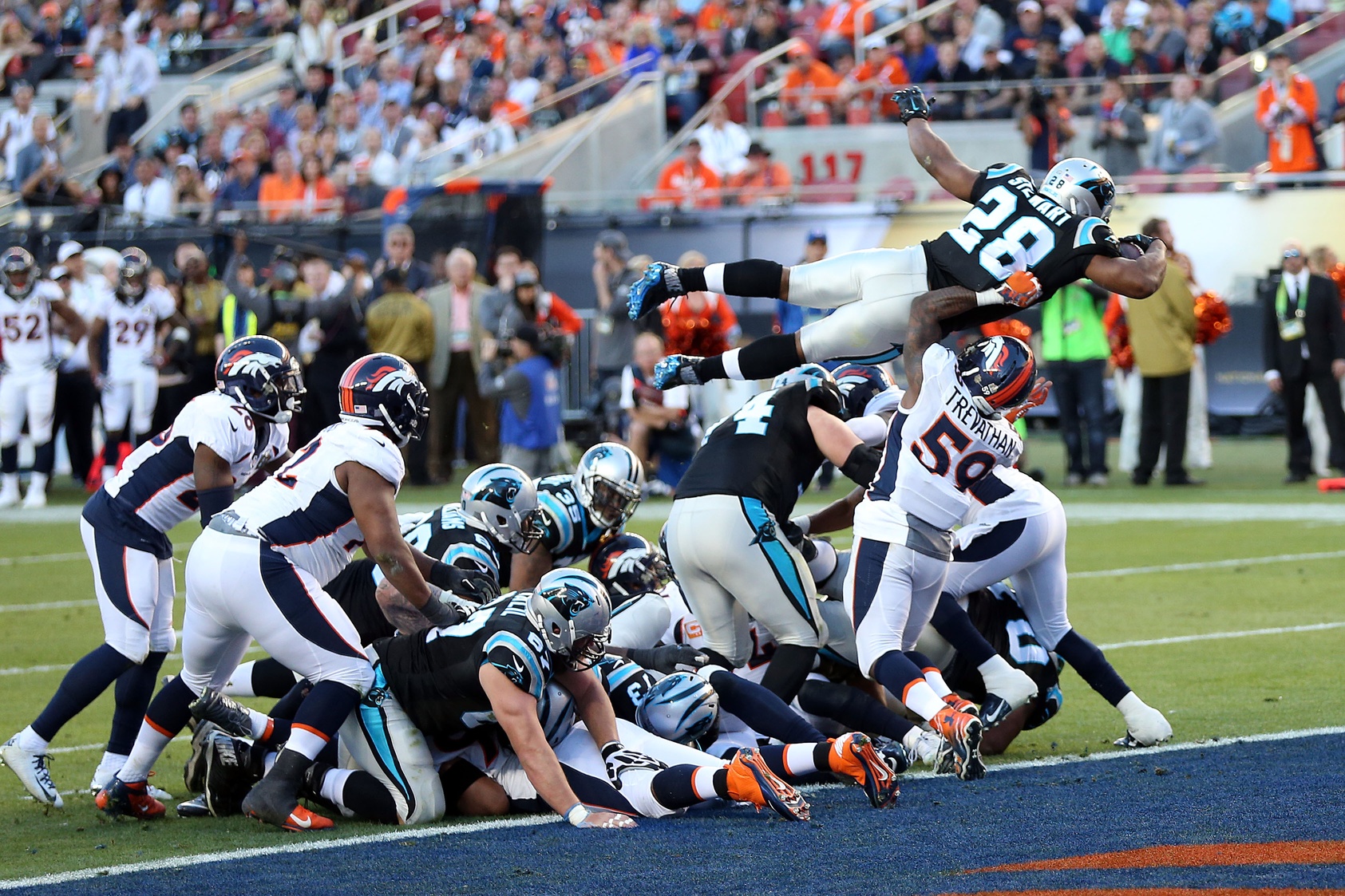 The last time these teams took the field, Cam Newton got knocked out of the game, the Panthers couldn’t get anything done on the ground and were equally dysfunctional against Matt Ryan and the Falcons’ high-octane offense. The result was a 48-33 shellacking that sent the Panthers limping back to Carolina with their tails between their legs.

Things could be much different this time around, however. Carolina has won two games in a row against a couple of teams that feature dangerous quarterbacks, beating the San Diego Chargers and Washington Redskins while holding the two teams to a combined 31 points.

Suddenly, the Panthers are playing defense again. Carolina forced eight turnovers in these two games, and Matt Ryan will need to be on his best behavior to avoid becoming the next victim.

Atlanta is not a dominant team defensively. If Newton, Jonathan Stewart and Co. can move the chains like they did last week against Washington, finishing with touchdowns in the red zone while keeping Ryan and the Falcons’ offense on the sideline, then the Panthers will win this game.

There aren’t many teams around the league hotter than the Dolphins, winners of eight games in their last nine contests. Yes, Matt Moore is behind center instead of the injured Ryan Tannehill, but he’s one of the NFL’s premier backup quarterbacks and is coming off a tremendous four-touchdown performance against the New York Jets at MetLife Stadium.

Buffalo’s defense presents some challenges up front, with Lorenzo Alexander, Jerry Hughes and Marcell Dareus all being capable of destroying opposing offensive lines. But a strong rushing attack, led by Jay Ajayi, will keep them honest.

), must show up big time for the Dolphins to win the game.

The biggest reason for this is that Buffalo can pound the rock better than any team in the NFL with the likes of LeSean McCoy, Mike Gillislee and quarterback Tyrod Taylor. The Bills lead the NFL in rushing yards and rushing touchdowns and have been particularly dangerous at home.

The team that controls the trenches will win in Buffalo this Saturday. As strong as the home team has been in this regard, it would be foolish to think the Dolphins cannot manufacture yet another victory to remain in control of a Wild Card spot. 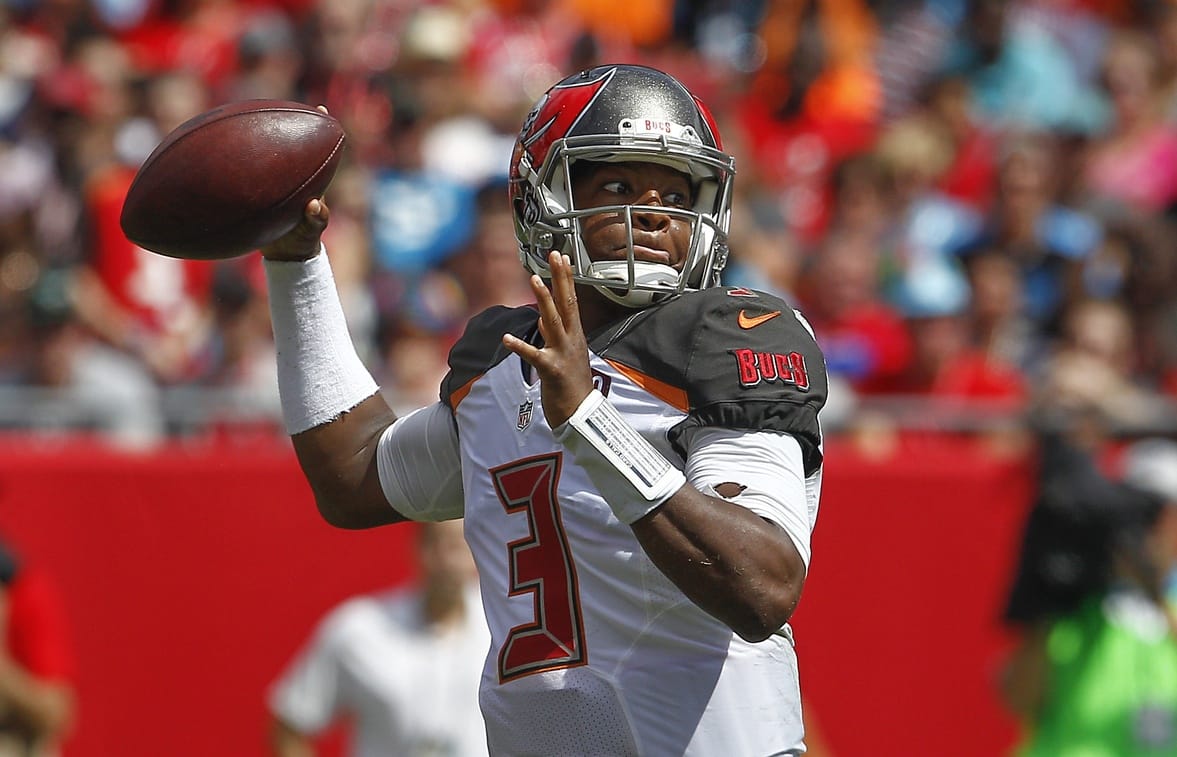 This game will tell us a lot about the young Bucs, winners of five in a row before falling just short of beating the Dallas Cowboys in Arlington last weekend. Should Tampa Bay find the wherewithal to emerge victorious on the road against a dangerous Saints squad, and should Atlanta fall to Carolina, then the two NFC South teams would be knotted up atop the division heading into the final weekend of play.

The last time the Buccaneers took on the Saints, their defense came up huge against Drew Brees, holding him without a touchdown pass while forcing three interceptions. Jameis Winston wasn’t a whole lot better, and Tampa Bay’s offense struggled to put points on the board. It was surprisingly a defensive struggle, the likes of which we shouldn’t expect again at the Mercedes-Benz Superdome Saturday evening.

Instead, this one will be all about whether Winston and the Bucs’ offense can make headway on the ground and feature a balanced attack. The best way to ensure victory in this one is to keep Brees on the sideline as much as possible. At home, he’s been incredibly difficult to contain, averaging more than 8.5 yards per attempt with 19 touchdowns in seven games.

Of course, if Tampa Bay’s defensive front can get to Brees like it did a couple weeks back, then perhaps the veteran’s luck will change. The Saints are 3-4 at home this year and much more vulnerable than in years past. If the Bucs put together a mistake-free performance, they’ll have a fantastic chance of pulling out a much-needed win.

It’s almost a given this game will come down to the wire.

This AFC North rivalry produces some serious slobberknockers, something that was in full effect last time these teams met. The Ravens beat the Steelers in Baltimore, 21-14, in a game that saw Le’Veon Bell rush for just 32 yards. Ben Roethlisberger was frustrated for most of the contest and had one of his worst performances of the year.

At home, you’d expect the Steelers to win their sixth game in a row. But don’t count out the defensive prowess of Baltimore, which has the ability to shut down Pittsburgh’s two most potent offensive weapons.

Baltimore’s defense is a problem for many teams, especially against the run. Not only that, but Antonio Brown hasn’t exactly been able to light it up against the Ravens the past couple of years.

On the other side, Joe Flacco and Co. don’t exactly have a reputation this year for producing dominant performances but have done well enough to help win five of seven games. The two losses during this recent stretch came on the road against the Dallas Cowboys and New England Patriots — the two best teams in the NFL. They lost these two games by a combined 17 points.

If the Ravens do beat the Steelers Sunday, they will have control of the AFC North heading into Week 17. If they lose, then there is no guarantee they will even make the playoffs, as the Steelers would win the division and the Wild Card is a muddled mess.

Needless to say, there is a ton on the line for both teams in this game. We fully expect to see one of the hardest-hitting games of the year on Christmas Day.

Capping off the action on Christmas is a Sunday night matchup between AFC West rivals, the Broncos and Chiefs. Kansas City stunned Denver in an overtime thriller a few weeks ago — a game that saw Tyreek Hill score touchdowns running, receiving and as a retun man in a tremendous individual performance.

Now, it’s not out of the question to think Hill can have another monster game. He’s been a huge difference-maker for the Chiefs this year. But you can bet Wade Phillips has done some serious homework devising a plan to shut him down. If the Broncos can keep him in check, then it’s not a stretch to think the rest of Kansas City’s offense will stall a bit against Denver’s No Fly Zone defense.

Quarterback Trevor Siemian hasn’t been terrible, but he’s not good enough to carry the offense on his back. In games that he’s been asked to do so, the second-year passer has made critical errors that have kept Denver from winning.

Thankfully for the Broncos, their opponent is terrible against the run, ranking fifth-worst in the NFL in yards allowed per game. In Week 12, Denver was able to pound the rock successfully, gaining 124 yards on 38 carries. If not for the play of Hill for Kansas City, the Broncos would have handily won that game.

Denver is desperate to win. A loss will sink their playoff dreams. A desperate team is a dangerous team, and we’re not counting them out to come through in a big way this weekend.