Five reasons to believe the Jazz can upset the Warriors

The two-time defending Western Conference champion Golden State Warriors head into Tuesday’s Game 1 action against the Utah Jazz well rested. They have not played a game since closing out Portland in a sweep last Monday. Already seen as the NBA title favorites, this doesn’t seem to be good news for the rest of the Association.

Unfortunately for the Warriors, they saw an upstart Jazz team defeat the Los Angeles Clippers in Game 7 on Sunday. While no member of the Warriors will admit this publicly, they would rather have watched Los Angeles move on to the conference semifinals.

Simply put, Utah offers a tougher second-round matchup. There are also a couple mismatches working in the Jazz’ favor here. It’s in this that we give you five reasons to believe the Jazz can upset the Warriors in the second round. 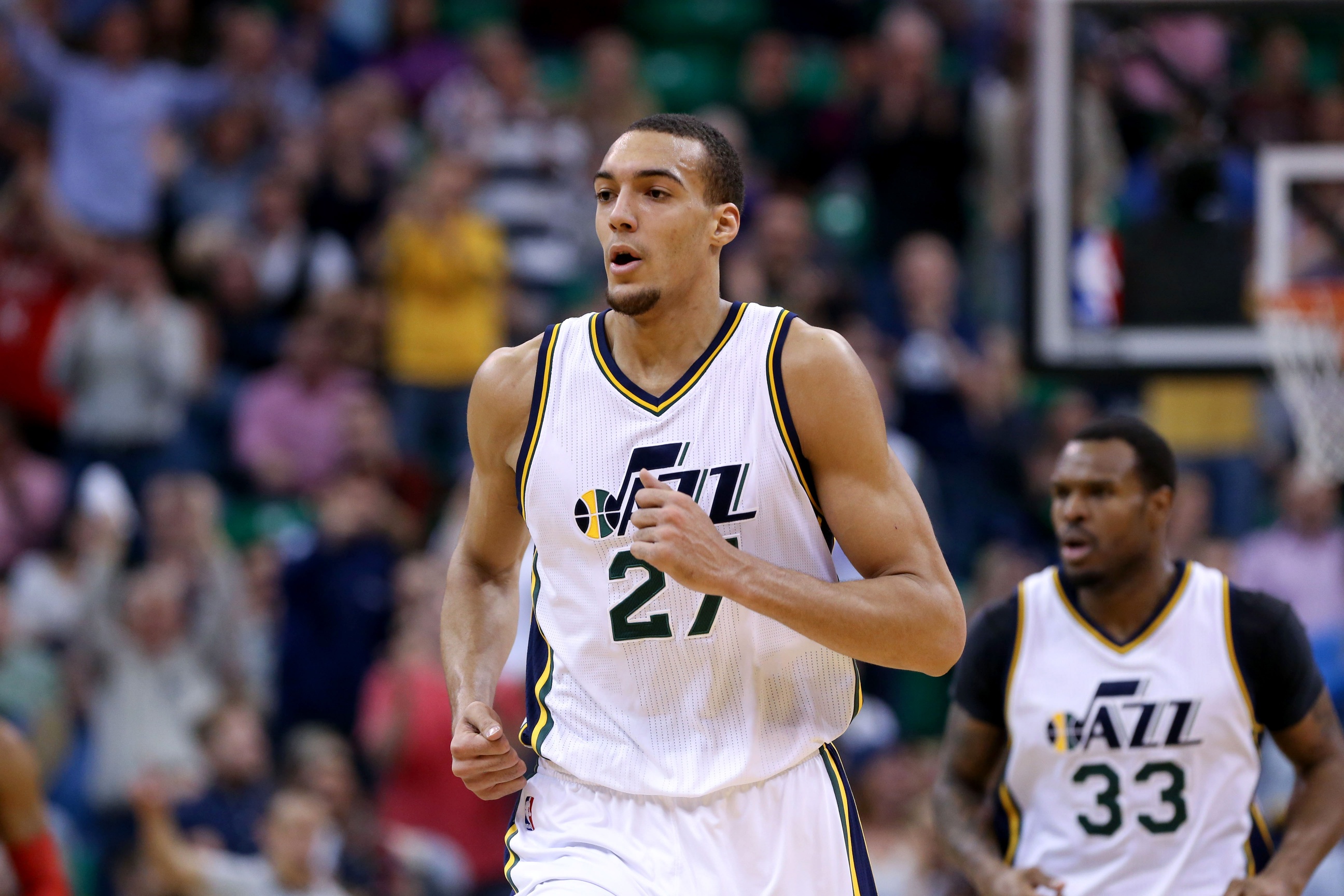 The scary thing about Utah’s first-round series win over Los Angeles is that it pretty much upset the Clippers without star center Rudy Gobert doing anything of substance. The big man suffered a knee injury early in the series and proceeded to miss most of Game 1 as well as each of the next two games. Once Gobert did return, he suffered an ankle sprain and saw action in less than 14 minutes in Game 7.

Considering the Jazz had only one day off between Game 7 against the Clippers and the start of the conference semifinals, there has to be concern over Gobert’s health. But if he is anywhere near 100 percent, the 24-year-old big man presents a major mismatch against the Warriors.

Gobert averaged 16.0 points and 17.3 rebounds in three regular season games against the Warriors. He’s a dominating defensive force in the interior, which could cause major issues for Stephen Curry and Klay Thompson in the lane. And while both JaVale McGee and Zaza Pachulia showed up well in Golden State’s first-round sweep of Portland, neither should scare the Jazz from an offensive standpoint.

This is the one major mistmatch Utah has in its favor. If Gobert is 100 percent and takes advantage of it in the low-post, the Jazz will have a good chance to make this a series.

Golden State heads into the conference semifinals having won 19 of its past 20 games. The only loss here was against Utah in the regular season finale. Though, there’s surely a caveat here. Warriors head coach Steve Kerr rested his entire starting five in the fourth quarter of an otherwise competitive game. That enabled the Jazz, who were playing for playoff positioning, to pull away at the end.

Still, for Quin Snyder’s squad to grab a win on the road in Oakland had to be considered a confidence-builder. It’s these small things that go a long way in helping a young team overcome what appears to be an unbeatable Warriors roster.

Considering Golden State beat Utah by a combined 37 points in the team’s first two regular season games, this was surely something Snyder wanted to see happen. Whether it translates to success in the postseason remains to be seen. 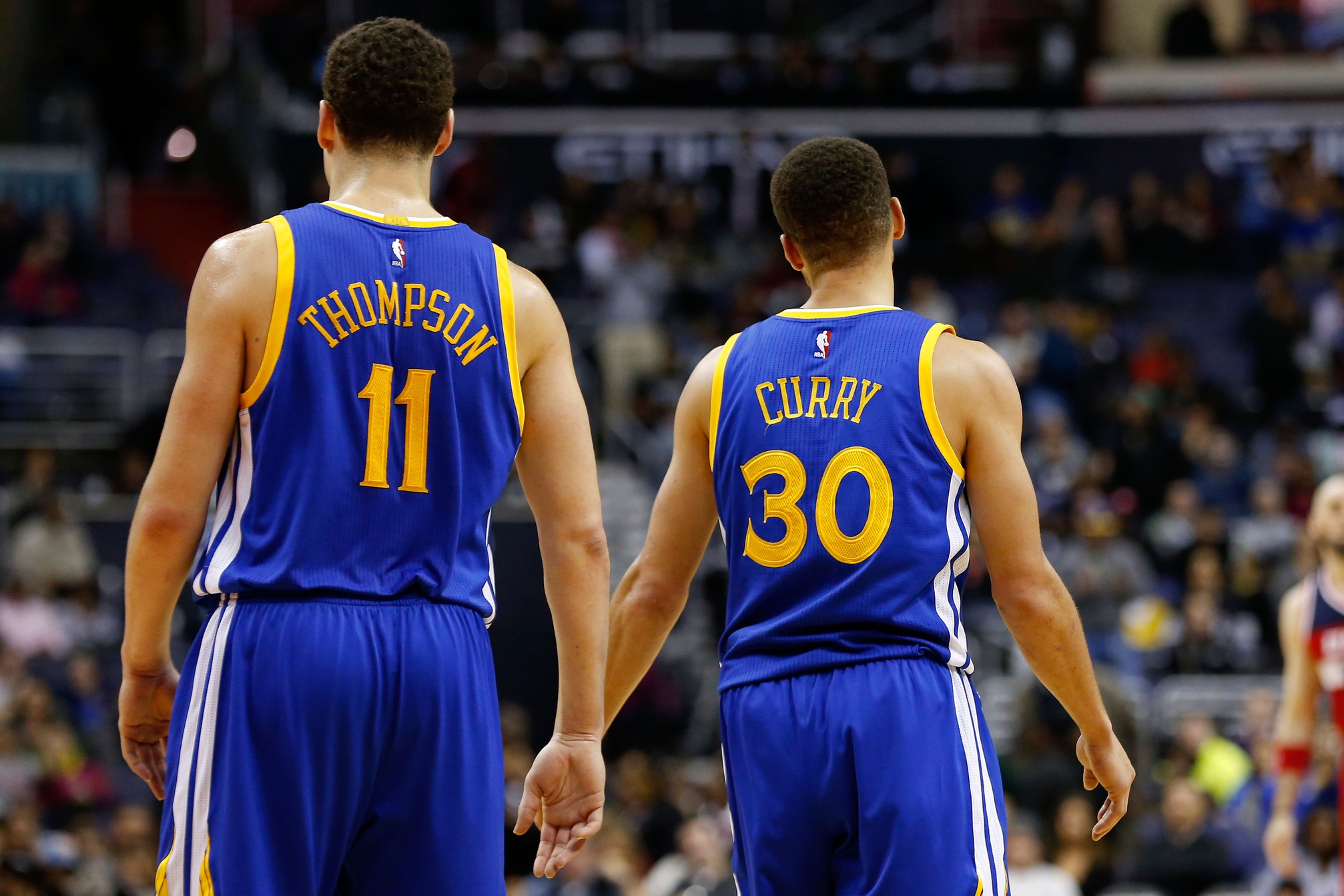 It’s like saying Clayton Kershaw once struggled during a postseason start (he has). It’s also like concluding Tom Brady wasn’t up to snuff once during a playoff game (also true). While Curry and Thompson remain the best back-court tandem in the NBA, they have had their recent issues in the postseason. This isn’t to say either will struggle. Nor is it to conclude that the Splash Brothers will be a reason Utah makes a series of this. But we have seen recent struggles from both Curry and Klay during the playoffs.

Take Golden State’s four-game sweep of Portland in the first round as an example. Thompson shot just 38 percent from the field in that series. Meanwhile, Curry put up a decent 45 percent mark. The two combined to shoot 41 percent from distance. These are not bad numbers by any stretch of the imagination. But they also came against a weak Blazers defensive backcourt. That’s not a luxury the Warriors will have in Round 2.

Let’s say Steph and Klay struggle a bit more against a better defense. Will Kevin Durant prove himself to be 100 percent healthy and ready to pick up the slack? If not, will the Warriors’ supporting cast — one that dominated in the first round — continue to excel?

Curry and Thompson can get hot quicker than any other players in the NBA. That’s already known. But if the two were to struggle in stretches against Utah, one has to wonder if the team’s supporting cast will be prepared to pick up the slack? Without Durant having played a significant role in the playoffs as a member of the Warriors, that’s a great unknown.

We already covered Gobert going up against the Warriors’ two big men. But there’s a lot more to this series that favors Utah than that. Golden State is known for going small-ball in order to run opposing teams off the court. It’s something we can expect the Warriors to do starting Tuesday in Game 1 of the conference semifinals.

But Utah might have an answer to this in the form of Derrick Favors. The former lottery pick is dealing with a back injury that forced him out of practice on Monday. That has to be a major concern for Utah. If he’s able to go, Favors will help the Jazz overcome Golden State’s “death lineup.” He can go up against Draymond Green when the Warriors use their power forward at center. It enables Quin Snyder and Co. to matchup one bulldog of an interior player with another.

Favors put up 17 points and 11 boards in Utah’s Game 7 win over Los Angeles on Sunday. At 6-foot-10 and 256 pounds he’s surely a mismatch waiting to happen against a player in Green that is three inches shorter and weighs 30 pounds less than his counterpart.

We also should focus on Joe Ingles here for a second. Surely the 29-year-old Aussie doesn’t have the athleticism to go up against Kevin Durant at the three. That will likely be left up to Gordon Hayward. He does, however, create somewhat of a mismatch when the Jazz decide to play the veteran against Thompson on defense.

One of Klay’s biggest attributes outside of the three is his ability to shoot over smaller defenders. At 6-foot-7, that’s been a calling card for Thompson throughout his career. If the Jazz were to throw the 6-foot-8 Ingles against Thompson, that could help offset what has been a Warriors advantage throughout the years.

To be clear. These are all matchups the Jazz must win in order to come out on top against Golden State. Taking advantage of one mismatch won’t be enough. With that said, there is a lot to like about what Utah can bring to the table here.

The Warriors will have rested for more than a week before Game 1 kicks off in Oakland on Tuesday. There’s a couple ways to look at this. First off, the rest might have been needed with Kevin Durant, Shaun Livingston and Matt Barnes all ailing in the first round. This could give Golden State an advantage, especially considering Utah had a one-day rest in between the first round and the conference semifinals.

Though, there’s another way to look at it here. Golden State absolutely destroyed Portland in Game 4. Any team would want to get back on the court after that performance. Will the Warriors be rusty after a seven-plus day lay off?

This could be a way for Utah to take advantage of the rustiness early in the series and potentially steal Game 1 on the road. If that were to happen, the home-court advantage Golden State worked so hard for during the regular season would be thrown out the window. It’s definitely something to keep an eye on Tuesday evening.