While a lot of the talk surrounding the Chicago Bulls has involved Jimmy Butler, there’s a growing sense that the team might look to move former MVP Derrick Rose this summer instead.

This makes a ton of sense for multiple reasons. First off, it’s become readily apparent that Butler and Rose can’t coexist together.

Secondly, reports surfacing during the 2015-16 season indicated that some Bulls players became upset over the preferential treatment Butler was receiving from the organization (more on that here).

Not to name names, but it wouldn’t be too much of a surprise if one of those players was Rose.

Despite what has to be considered a weakened trade market for his services, based primarily on his injury history and $20 million average salary, there will definitely be some interest in Rose’s services.

Here are five potential destinations for the former MVP. 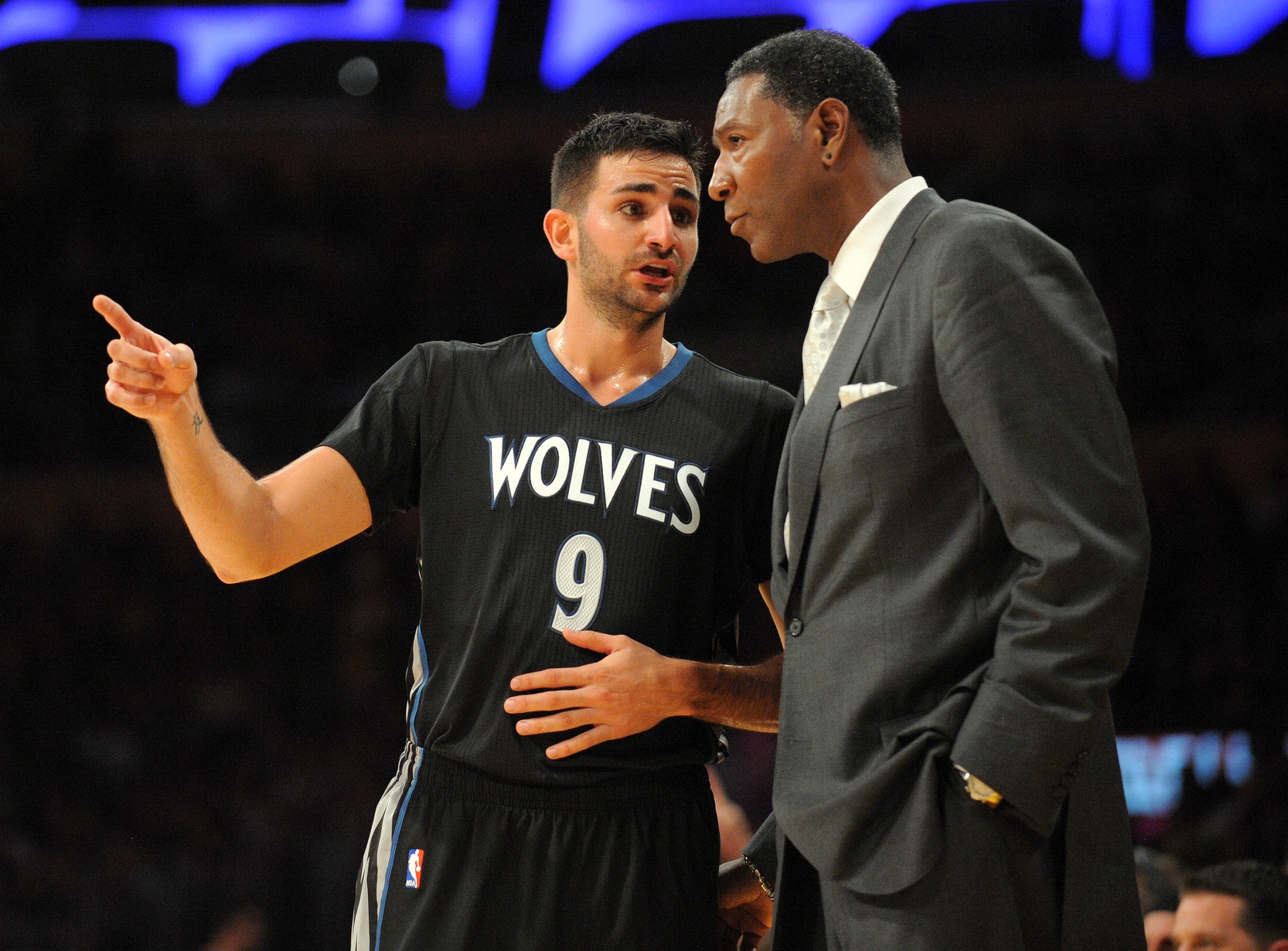 The connection to new Wolves head coach Tom Thibodeau is real here. Rose had his MVP season and matured into one of the Association’s top players under the former Bulls head coach in Chicago.

Rose knows how to run Thibodeau’s offensive system and plays a position the Wolves must upgrade during the summer. That was magnified by Ricky Rubio’s consistent struggles actually shooting the ball in Minnesota last season.

Despite racking up 8.6 assists and a better than 3-to-1 assist-to-turnover ratio, Rubio shot just 37 percent from the field. That’s not a recipe for success in Thib’s system.

Rose, a career 45 percent shooter from the field with a solid perimeter game, would work extremely well with Andrew Wiggins and Zach LaVine out in the perimeter for the Wolves.

On the flip side, Chicago would be nabbing a player in Rubio that has proven he can run an offense. There wouldn’t be any issues with shot selection from the guard position with Jimmy Butler taking up a larger role from that perspective. It’s also not unrealistic to believe that Rubio would excel more in the weaker Eastern Conference.

Interestingly enough, these two players boast their current team’s biggest contracts, making a deal that much more obvious from a financial perspective.

Potentially to sweeten the pot, Minnesota could add a player like forward Shabazz Muhammad to the mix.

The Ty Lawson experiment was a downright failure. As was the experiment in teaming Dwight Howard up with James Harden. Now looking to stay competitive in the Western Conference, Houston needs to add more talent behind Harden.

While Rose is not a pass-first point guard, he could work well with Harden in Houston’s backcourt. The idea would be to form a Slash Brothers-lite, in that the Rockets would boast two elite-level scorers at the guard positions.

From a Bulls’ perspective, this deal could also work wonders. In order to make any contract work, Houston would have to send guard Patrick Beverley and forward Trevor Ariza to Chicago. That’s two elite-level wing defenders that could start out of the gate with the Bulls.

Beverley could run the offense in the same manner that we saw from Rose without taking shots from Butler. In reality, it would be a better fit for the Bulls. Meanwhile, Ariza would be able to slot in at the three. 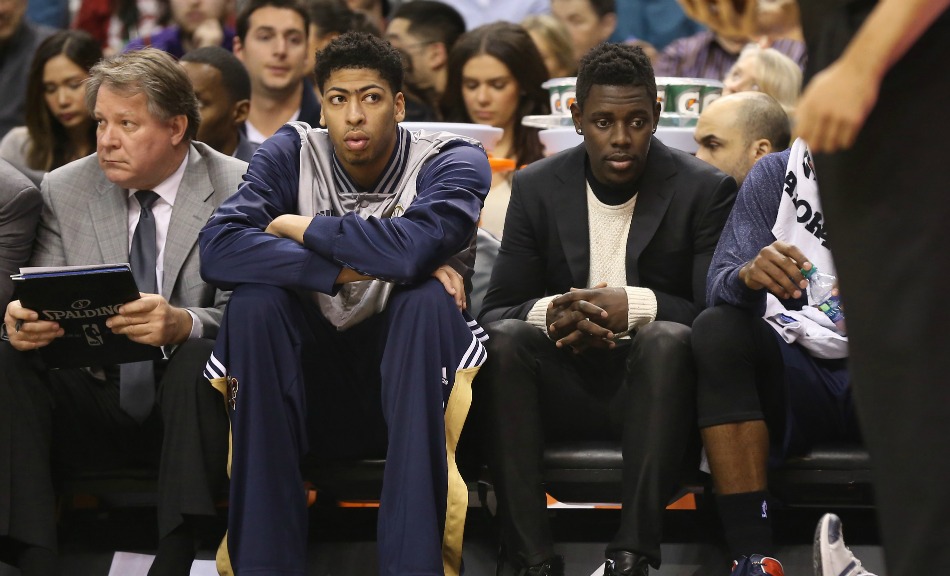 We already know the Pelicans are looking to move on from Jrue Holiday after that experiment failed. The team is also going to need to find a running partner for Anthony Davis if it hopes to contend out west moving forward.

Having Rose and his perimeter game team up with Davis would work wonders for Alvin Gentry’s offense. More than that, his drive and dish ability would be an excellent fit here.

If Chicago wanted to find a point guard in a trade for Rose, Holiday could also make sense. When healthy, he’s shown an ability to both score and set others players up. This past season alone, Holiday averaged 16.8 points and 6.0 assists.

To make the contracts work, New Orleans would also send center Omer Asik to the Bulls. While the big man did struggle a great deal this past season, he could give Chicago some depth inside with the imminent departure of Joakim Noah in free agency.

From Roy Hibbert and Lance Stephenson in previous seasons to Monta Ellis last year, the Pacers have continued to struggle finding that second option behind Paul George. It’s what has made this squad a bottom-rung playoff contender instead of a conference title chaser.

Could Rose finally be the solution to this problem? First off, his driving ability would enable George to see more open shots on the perimeter. That’s been one of the primary issues for Indiana in previous seasons. Secondly, we have already seen Rose work well with a player that’s somewhat similar to George in Luol Deng with the Bulls.

While this seems like a match made in heaven for both Indiana and Rose, there’s one thing that might hold it up. Indiana doesn’t really have the assets that Chicago might want in a deal. And in reality, it would have to be a multiple-player swap to swing a trade.

In this, Indiana would have to likely send George Hill, Rodney Stuckey and C.J. Miles to Chicago. That would limit the Pacers’ depth a great deal. It might also turn the Bulls off, as none of these three players lived up to expectations this past season. 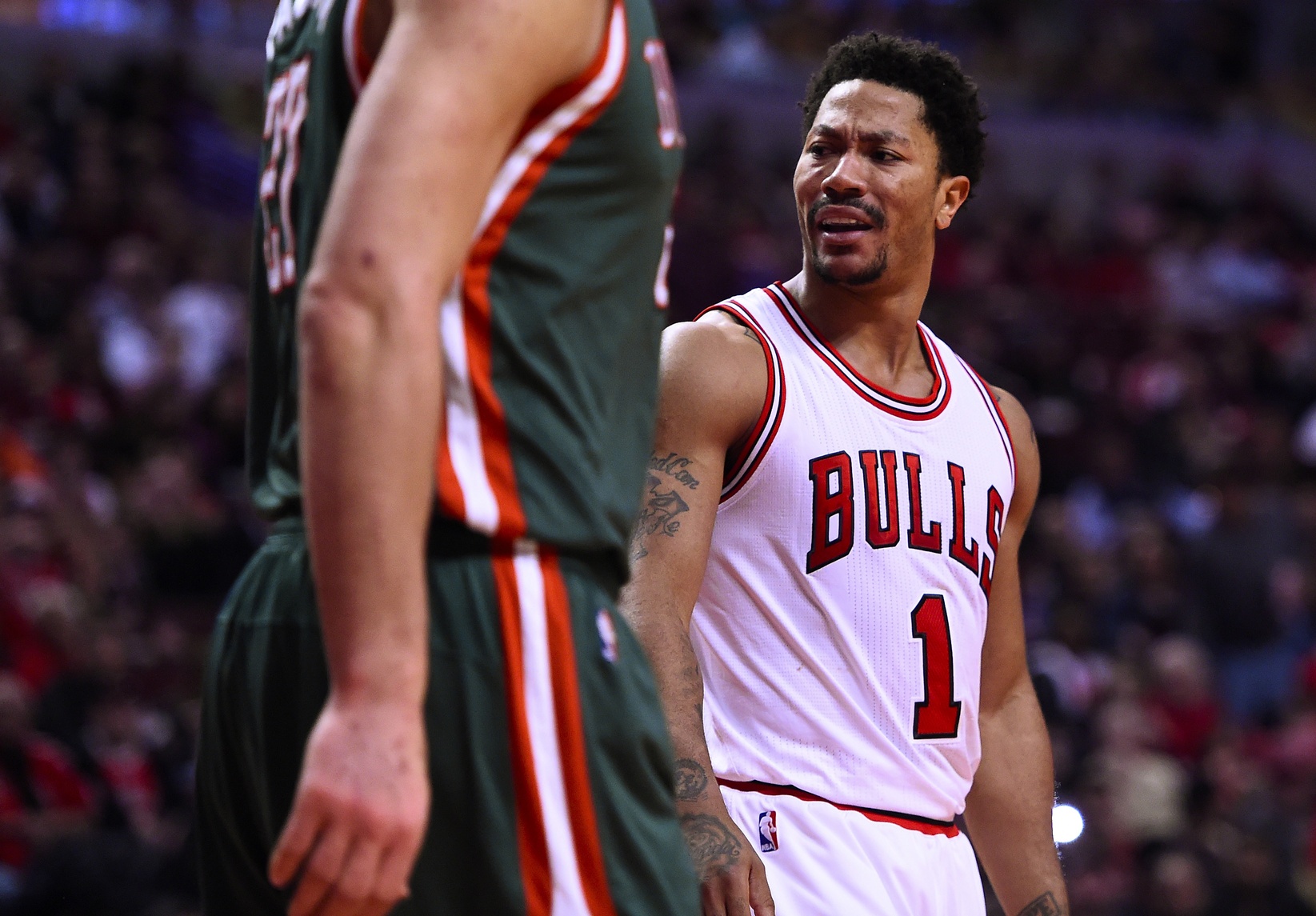 Just think about Rose teaming up with Victor Oladipo, Nikola Vucevic, Evan Fournier and Aaron Gordon. That would definitely give new head coach Frank Vogel something nice to work with.

A deal of this magnitude would also make sense for Chicago in that Orlando could absorb a nice chunk of Rose’s deal, enabling the Bulls to save cash under the cap to add a top-end free agent.

Orlando is projected to be $40-plus million under the cap, an eventuality that will make it a hot destination for high-priced players on the trade block.

Not to give Rose away for free, the Bulls might be able to talk Orlando into sending young point guard Elfrid Payton and/or 2015 top-five pick Mario Hezonja to Chicago in this deal.