About half the NFL teams have put players on the short-term IR list halfway through the season, but some players are worth more than others to their respective teams.

There are a handful of players on the short-term IR list who should provide a huge spark upon their return to action.

We’ve ranked the top five players coming back from the short-term IR who will make the biggest impact for their respective teams.

It’s hard to imagine New England’s league-leading offense getting much better, but getting Stork back could actually make that possible.

Last season, Stork allowed just one sack all year. David Andrews has already allowed two in his stead. It’s no surprise the Patriots couldn’t wait to place Stork on the active roster for Week 9 against Washington, which features a stout defensive front.

Not having right tackle Demar Dotson in the lineup has hurt the Bucs, but he might return this weekend when they play the New York Giants. If not, then Week 10 is almost certain.

Dotson was graded favorably by Pro Football Focus last year (subscription required) in pass-protection. He should be a significant upgrade over Gosder Cherilus, who has been atrocious. 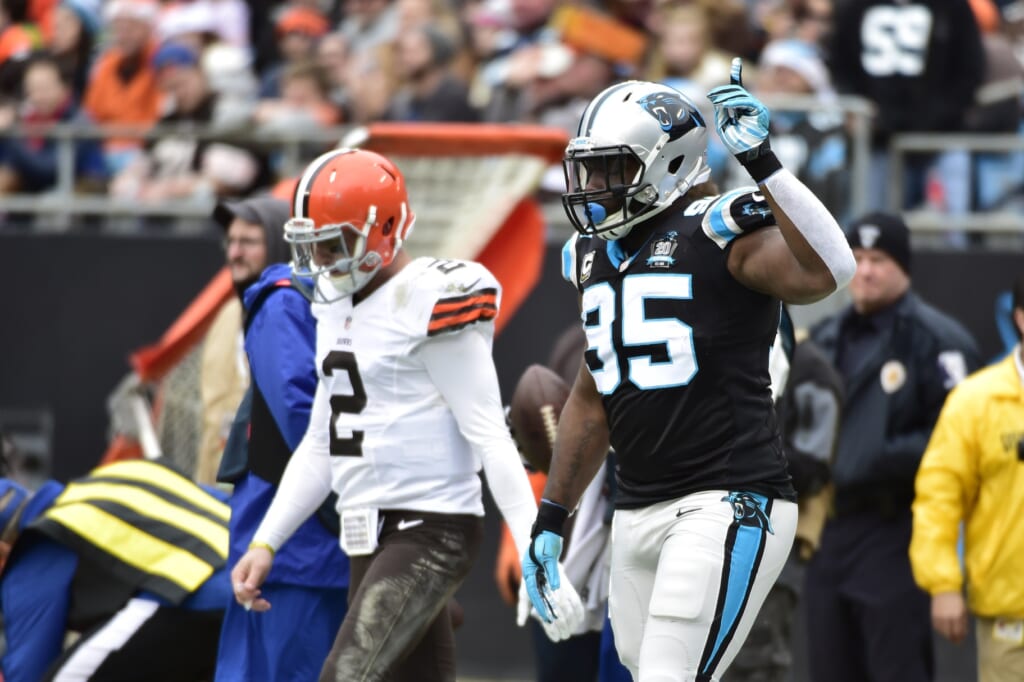 The Panthers expect Johnson to return in three weeks, per Brad Biggs of the Chicago Tribune.

With 8.5 sacks last year and 32 the past three years, he is one of the most disruptive 4-3 defensive ends in the league.

Carolina currently ranks No. 9 in the league in sacks, with 20, but defensive tackle Kawann Short leads the team with five. Without Johnson, the Panthers haven’t been able to consistently pressure quarterbacks off the edge.

Needless to say, he’ll be a welcome addition to one of the top teams in the league.

Oakland is turning into quite the contender heading into the second half of the season. Thanks to the tremendous development of second-year quarterback Derek Carr and rookie receiver Amari Cooper, the Raiders are 4-3.

One of the things that has been of concern for Oakland, however, is a porous secondary that is ranked No. 31 in the league in terms of yards allowed.

While the play of 39-year-old free safety Charles Woodson has saved the defense on more than a few occasions, things must tighten up on the back end with the playoff race getting tight. Thankfully veteran Nate Allen has already started practicing and should return within a couple weeks to help in this regard. He picked off four passes last year, had a sack and racked up 62 tackles.

A few weeks back when it was clear Brandon Weeden was only going to produce losses, we targeted Tony Romo as a player who could not come back fast enough to potentially save the season for the Dallas Cowboys.

Unfortunately our prediction of 3-9 for Dallas when Romo returns (likely) in Week 11 looks awfully optimistic.

Clearly, Romo is better than most have ever given him credit for. If the Cowboys — picked by many as the favorite to play at Levi’s Stadium representing the NFC — make it to the playoffs, then Romo’s value should never be questioned again. At 2-5 heading into the second half, Dallas is almost too far gone to save.