Five NFL coaches under most pressure to bail out sinking ships

As is the case every year, plenty of NFL coaches enter the season under a lot of pressure to turn bad situations around. Which coaches fit that description in 2017?

As a general rule, we’d like to leave rookie coaches off our list. One coach in his first year, however, is in a situation that’s just too pressure packed to ignore. Who is that rookie?

What head coach’s future is pinned to a shaky quarterback?

Which two coaches entering their third year with big-market teams are under the most pressure to turn it around? What coach faces the daunting task of turning a perennial loser into a respectable franchise?

The following five NFL coaches are under most pressure to bail out sinking ships. 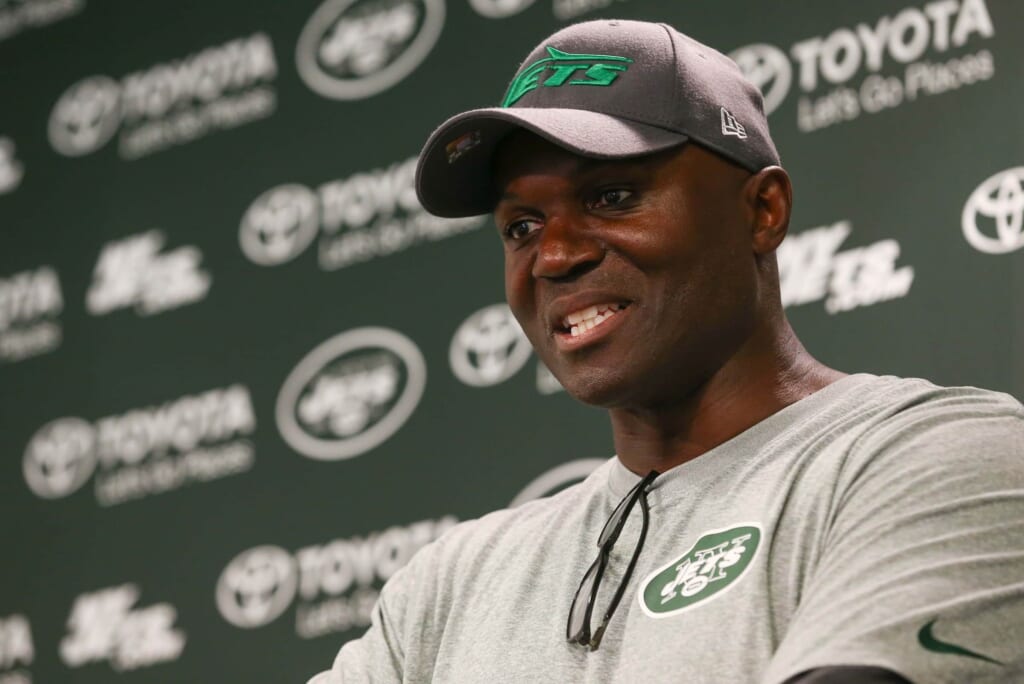 Bowles enters 2017 with shaky job security. In other news, the sun will rise in the east and set in the west. These just are things that we know.

It’s really a wonder that Bowles even enters 2017 as the head coach of the Jets. The 2015 season ended in disappointment but overall, the 10-6 finish gave genuine hope for 2016. Instead, last season was just disastrous. New York went 5-11 and suffered through a steady stream of blowout losses.

So going forward, what can Bowles do to keep his job?

A solid record would go a long way, but we can say pretty confidently that that won’t happen. If New York can develop a good core group of players by the end of the year, Bowles might have a chance. But we’re not just talking about a couple of players or even a franchise quarterbback. We’re talking about a good nucleus of guys that can lead the Jets to the playoffs in future years.

That’s going to be difficult to accomplish.

The Jets are tanking in 2017. If the moves they made didn’t make that point abundantly clear, members of the team are saying as much. So, what chance does Bowles really have?

Quite frankly, the odds don’t work in his favor.

The Bears kicked the second decade of the 21st century off with an 11-5 season, a division title, and a trip to the NFC Championship Game. In the six years since, things have not gone the right way.

The last six years have been a steady progression in the wrong direction for the #Bears pic.twitter.com/D7iqIfHsmu

If you’re an NFL coach looking to keep your job, you should never be compared unfavorably to Marc Trestman. It also doesn’t say much for Fox’s job security that the Bears reportedly did not tell him about the draft-day trade to land Mitchell Trubisky.

These are the kind of hurdles that Fox will have to clear if he’s going to keep his job. Worse than that, he’s going to have to clear those hurdles with a roster that, with all due respect to Trubisky and his predictions, isn’t exactly rich with talent.

Jackson has made it clear that he’ll go for a swim in Lake Erie if the Browns go 1-15 again. That shouldn’t happen. But for Jackson’s job to be definitely safe at the end of 2017, Cleveland will need to do a lot more than improve from 1-15.

It will start with the draft picks.

The Cleveland front office has operated under a similar model to the Philadelphia 76ers in recent years. It’s spent a good portion of the last few years stockpiling assets, mostly in the form of draft picks. It’s a good model to adopt. But at some point, the results have to show on the field. That’s where the 2017 class comes in.

The Browns used the No. 1 overall pick on Myles Garrett, used later first-round picks on Jabrill Peppers and David Njoku and used a second rounder on presumptive quarterback of the future, DeShone Kizer.

Generally speaking, those kinds of picks are expected to yield quick results. That doesn’t mean that this quartet will bring a Super Bowl to Cleveland in 2017. But by the end of the year, there should be little to no doubt that these players will be vital to the Browns’ nucleus going forward.

Expecting a playoff berth in 2017 is not realistic. But finishing 2017 and thinking that the playoffs will be a distinct possibility in 2018? That’s not too much to ask.

It will be on Jackson and his staff to develop these players. If that happens in 2017, Jackson should be safe heading into 2018. But if the Browns continue to play like they have since re-entering the NFL in 1999, Jackson’s job will be very much in peril.

McVay has yet to coach an NFL game. But he already has his work cut out for him.

Now, admittedly, McVay is different from the other coaches on this list in one regard. Unless the season is a complete disaster, his job should be safe.

But Los Angeles has a lot of work to do.

First and foremost, the Rams must show that 2016’s 4-12 mark was rock bottom. Jared Goff needs to start showing why he was the No. 1 pick. Todd Gurley would do well to show the form that won him the Offensive Rookie of the Year in 2015. The defensive line needs to go from a unit that was considered a good part of a bad team to one that can actually dominate games to a point it leads to wins.

Of course, in Los Angeles, it doesn’t stop there.

At one point, the Rams were an integral part of the City of Angels. But in 1994, they went to St. Louis and amazingly, Los Angeles didn’t collapse. Angelenos got used to a life that didn’t include the Rams. Los Angeles has plenty of sporting and non-sporting entertainment options. We saw this in full effect as sparse crowds populated the Coliseum throughout 2016.

Now, the Rams have a different obstacle — another NFL team in the same market. We know that the Chargers’ transition to Los Angeles has been anything but smooth and that there’s reason to be cautious. But while the Chargers weren’t that much better than the Rams in 2016 (5-11 vs. 4-12), they were a lot more exciting. The Chargers played in games with action that weren’t decided until the end. The Rams played in low-scoring, frankly boring games.

McVay has to compete with all of that and make his team worth watching in The Entertainment Capital of the World. His job is probably safe in 2017, but he has to start climbing a rather large mountain.

Unlike the other teams on this list, the Jaguars have a roster that can make the playoffs. Jacksonville has a lot of talent on both sides of the ball.

Yet, the Jaguars still haven’t finished a season at better than 5-11 since 2010. In 2016, Jacksonville was 3-13. Now, to pin all of the Jags’ problems on one man would be unfair. But turning Blake Bortles around will be a big step in the right direction.

The problem is, pinning your job security on the performance of Bortles isn’t exactly a winning idea. Just ask Gus Bradley.

Throughout his career, quarterback Blake Bortles has statistically been at his best in the fourth quarter. While that would point to a quarterback who has a knack for coming through in the clutch, Bortles’ 11-34 record suggests otherwise.

Bortles needs to cut down on his turnovers, particularly on the pick sixes (he’s had 11 in his career).

Admittedly, this all seems like Bortles’ issue more than Marrone’s. But Marrone — an offensive coach — will be linked to his quarterback. If Bortles continues down the same road and Jacksonville continues to under perform, it will not reflect well on the head coach.