We checked in on the five-most overrated players in the NFL earlier this week. That list was comprised of one future Hall of Fame player well past his prime and others who have seemingly put up good seasons throughout their career. It wasn’t a knock on the players included. Rather, it just goes to show us how certain players are overvalued in today’s NFL.

Now looking at the five-most underrated players in the NFL, there is an alarming consistency here. Some of these Pro Bowler performers have played on disappointing teams, making them a product of their environment. More than that, there is one particular quarterback on this list that has found himself unfairly compared to the greats of the past.

Using a combination of advanced stats, NFL Network’s list of the Top 100 players (rankings in parenthesis) and how each individual stacks up contractually, here are the five-most underrated players in the league heading into the 2015 season.

Following a stellar 2013 season, this veteran quarterback came in as the 71st-best player in the NFL. While he improved his standing this year, there’s still little doubt that Romo is one of the most underrated players in the recent history of the NFL.

This past season saw Romo lead the NFL in completion percentage (69.9), touchdown percentage (7.8) and quarterback rating (113.2). He also tallied 25 more touchdowns (34) than interceptions (9) while leading the fifth-ranked scoring offense in the league. Over the course of the past two years, Romo has combined for 71 total touchdowns compared to 19 interceptions. Needless to say, he’s been one of the most prolific passers in the NFL.

Despite all this, the 35-year-old quarterback came in as the eighth-best player at his position in the NFL Network Top 100, behind both Russell Wilson and Drew Brees. Based solely off what we saw last season, that was a travesty. And while some cracked on the six-year, $108 million deal Romo signed back in 2013, he’s now the 11th highest-paid quarterback in terms of annual salary.

It should be interesting where Romo stands next year if he continues to put up these remarkable numbers while leading Dallas to another division title. 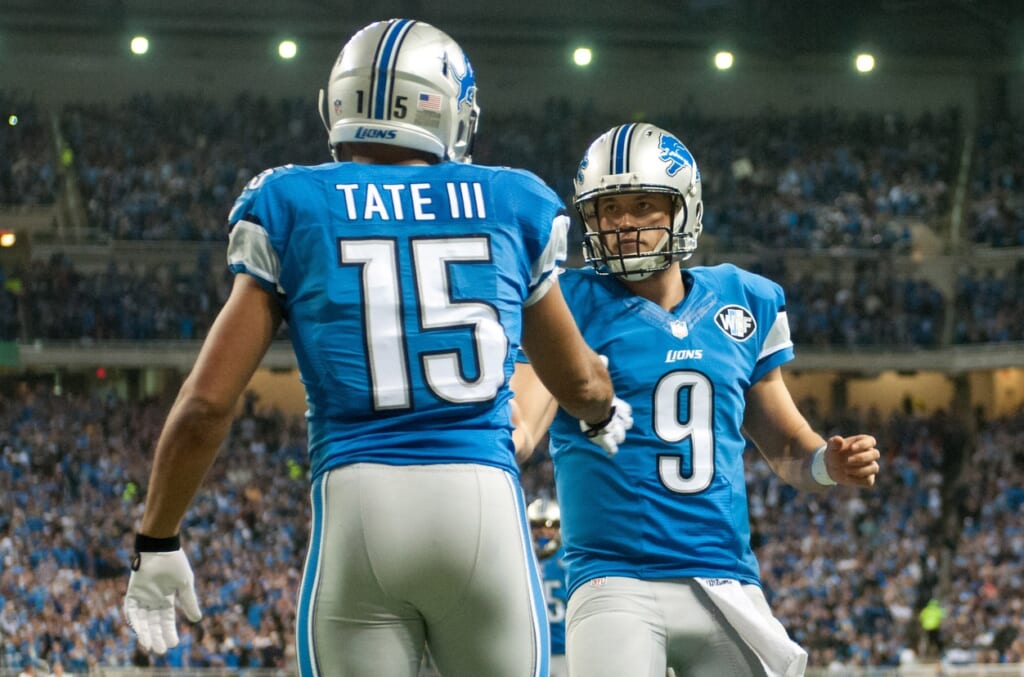 Courtesy of USA Today Sports: Tate immediately gelled with Matthew Stafford in his first season with the Lions.

Many figured that Tate would struggle after leaving the Seattle Seahawks for greener pastures in Detroit following the team’s Super Bowl title in 2013. That was definitely not the case.

Not only did Tate lead the Lions in both receptions (99) and receiving yards (1,331), he caught 73 percent of the passes thrown in his direction throughout the year. Considering Calvin Johnson’s number was at 57.1 percent, that’s pretty amazing. What’s more, Tate dropped just two of the 50 passes thrown to him that traveled 10-plus yards. This made him a consistent threat beyond the first-down marker.

With these stats, some would likely draw the conclusion that Tate might find himself ranked as one of the top pass catchers in the NFL. That wasn’t the case, as he came in as the 16th-best receiver. Proving just how underrated he is, the $6.2 million annually salary Tate receives makes him the 19th highest-paid receiver in the NFL.

With the entire mess that Sheldon Richardson has found himself in, Wilkerson has become that much more important to what the Jets are trying to accomplish on defense. Not that he wasn’t important in the first place. In a sign that the Pro Bowl amounts to a hill of beans in today’s NFL, Wilkerson has not been selected to a single one since he entered the league as a first-round pick of the Jets back in 2011.

What makes Wilkerson’s standing among the most underrated players in the NFL is the fact that he finished last season as the third-best 3-4 defensive end in the NFL behind J.J. Watt and the aforementioned Sheldon Richardson. He also tied Richardson as the best run-stuffing player at his position (via Pro Football Focus, subscription required).

Looking for a new deal, Wilkerson enters the final year of his rookie contract making $7 million. If he continues to perform up to this level, there’s no reason the former Temple standout shouldn’t find a mark that compares favorably to the $11 million New Orleans Saints defensive end Cameron Jordan is earning on an annual basis. 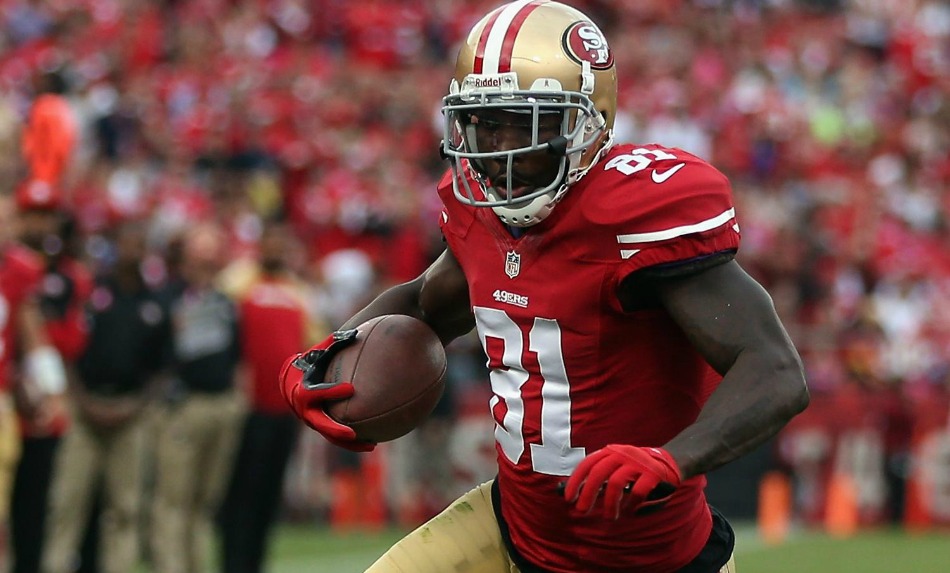 Courtesy of USA Today Sports: Anquan Boldin’s consistency makes him one of the best at his position.

This reliable veteran has found himself on the NFL Network Top 100 once in the five years since it was established. Coming off a 2014 campaign that saw him put up 83 receptions for over 1,000 yards on a lackluster San Francisco offense, Boldin didn’t find a way on the list. For anyone paying much attention to Boldin’s career since he joined the 49ers in 2013, that’s a downright travesty. In those two years, all Boldin has done is catch 69 percent of the passes thrown in his direction for over 2,200 yards.

Looking at the consistency this 12-year veteran has shown throughout his career, he has tallied 80-plus receptions and 1,000-plus yards seven times. Even at the age of 34 and with 172 career games under his belt, Boldin is still a 1,000-yard receiver in the league.

Entering what might very well be his final season in the NFL, Boldin is set to earn $6 million—making him the 20th highest-paid receiver in the NFL.

Do you want to know just how dynamic Forte was last season? He put up 1,000-plus rushing yards while accumulating 100-plus receptions. This makes him the second player in NFL history to accomplish that feat, joining the great LaDainian Tomlinson. Some will point to Forte’s 3.9 yards per carry average from last season as a way to discount him. Those people are foolish. Having to deal with horrendous quarterback play and a shoddy offensive line, Forte accounted for 35 percent of Chicago’s entire offensive output in 2014.

In the cold reality of today’s NFL, all of this production amounts to nothing more than a pat on the back and a few million in cold-hard cash. Set to earn $7.6 million this season, the soon-to-be 30-year-old running back may be playing his last season with the Bears. If so, that offense isn’t going to fully comprehend how much he has done over the past seven years before it’s too late.