Is it really fair to boo a player? If he’s not giving it his all, sure. But more often than not, a player getting booed is really the result of a front office failure. A player may not be any good, but the front office is responsible for putting him in that position.

Plenty of MLB general managers are guilty of just that. The needs are obvious to anyone who watches the team but for some reason, the GM’s just won’t pull the trigger to make the necessary improvements.

Which MLB top decision makers get our focus? Which GM’s running National League West powerhouses fell short? What American League GM oversaw a playoff team in 2015 and 2016, but didn’t do enough to improve it in 2017? Did either of 2016’s Wild Card Game losers do enough to improve?

We’re not focusing on bad teams here. If every team had a singular goal of winning as many games in 2017 as is humanly possible, we’d have quite a few other entries. But plenty of teams are rebuilding and thus, it’s not quite fair include them.

But these MLB GM’s all oversee teams that made the postseason in 2016. As such, they all run postseason (or even World Series) contenders. They all had at least one glaring need entering the 2016-17 off-season, and all failed to address them.

Who are the five MLB GM’s who failed to address key needs? 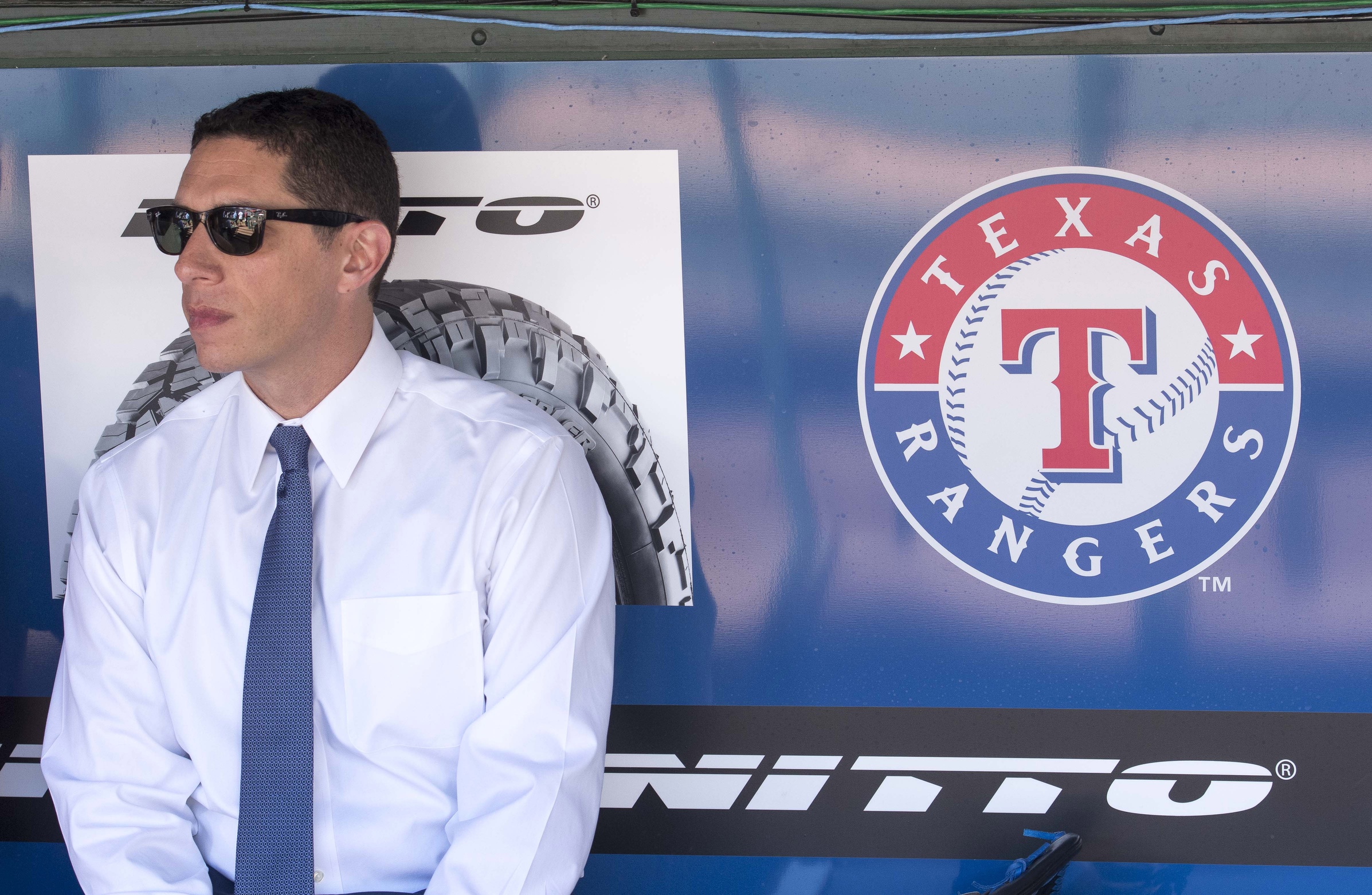 We can’t say that Daniels has done a bad job over the last few seasons. After all, the Rangers posted the American League’s best combined record over the 2015 and 2016 seasons and third best in all of baseball. But once your team is good, the goal should be improving it to where a championship is realistic. And despite all of the success that the Rangers have had, we’re not at that point with them.

A bad bullpen does two things.

One, it obviously struggles once it’s called upon.

There was a trifecta of home runs from the Oakland A's today. First it was #kHRis in the fifth inning… pic.twitter.com/Fckl10LCPt

Two, it strains starting rotations. With a bad bullpen, managers need to rely on their starters to go deeper into games. That, in turn, tires those starers out, especially in the later months of the season.

Additionally, while the Texas starting rotation has held up reasonably well in the early part of 2017, its not a great group. Cole Hamels and Yu Darvish make for a good 1-2, but winning in the playoffs usually requires at least three, maybe four quality starters. It’s hard to imagine vets like Martin Perez, A.J. Griffin, and Andrew Cashner really holding up well against deeper rotations like the Cleveland Indians and Boston Red Sox.

The Rangers have struggled out of the gate, so how well they are built for the playoffs may not matter. But Daniels’ off-season activity didn’t give this team a great chance to play to its potential.

Evans and team president Brian Sabean will not look back at the 2016-17 offseason as their crowning moment as MLB executives.

Denard Span is a decent center fielder. But he’s injury prone and clearly on the down side of his career. Yet, the only other center fielder on the roster is Gorkys Hernandez, who entered play on Friday with a .067/.125/.225 slash line.

In left field, the Giants have trotted out the platoon of Jarrett Parker and Chris Marrero. Marrero is a 28-year-old who had spent most of his career in the minors. Parker is usually good for a few hot streaks a year but traditionally, his bad streaks have far outnumbered his good. With Parker getting hurt, Marrero is now the full-time left fielder. So, Bruce Bochy’s lineup occasionally features Hernandez and Marrero. Look out, National League pitchers.

But as bad as all of that is, the biggest failure of the 2016-17 offseason was not doing enough to upgrade the bullpen.

San Francisco led MLB in 2016 with 30 blown saves. The addition of Mark Melancon will help that. But not all of those blown saves occurred in the ninth inning. Plenty occurred when the middle relievers and set-up men couldn’t hold leads in the sixth, seventh, and eighth innings.

Guys like Derek Law, Cory Gearrin, George Kontos and Hunter Strickland are all back from 2016. That’s not to say that the entire bullpen should have been shown the door. But one All-Star closer is not going to overhaul a unit that failed as a whole throughout an entire season.

The Giants still have Buster Posey, Hunter Pence, a good infield, and, even with an injury to Madison Bumgarner (which you can read about here), a strong starting rotation. But it’s hard to imagine the failure to address the bullpen and outfield issues not coming back to hurt this team.

Unlike the Rangers and Giants, the Dodgers are off to a fine start in 2017. Los Angeles is easily one of baseball’s best teams and shouldn’t have much of a problem making the playoffs. But that’s not really the goal anymore.

From 2013-16, only the St. Louis Cardinals won more games than the Dodgers. Los Angeles also won four straight division championships, something no other team did during that stretch of time.

The problem has been the postseason. The Dodgers are now at a point where a season can’t really be deemed success unless it ends with a World Series.

So, did Zaidi and team president Andrew Friedman really compile a team built for postseason success?

Think about the No. 2 starters on some of the other National League playoff contenders. San Francisco has Johnny Cueto. The Chicago Cubs have either Jake Arrieta or Jon Lester. Similarly, the Washington Nationals have whoever doesn’t get the No. 1 spot between Stephen Strasburg and Max Scherzer. After Noah Syndergaard, the New York Mets have guys like Matt Harvey and Jacob deGrom. Do people like Kenta Maeda and Rich Hill really stack up?

Yes, Clayton Kershaw has had his share of postseason issues. But even if Kershaw pitches great, it’s hard to win in the postseason without starting pitching depth. The Dodgers have never really had that. With Zack Greinke gone, it’s even worse.

Los Angeles’ primary issue may not manifest itself for quite some time. But if the goal is to win a World Series in 2017, the Dodgers front office did not do a good job.

While it was only one game, the National League Wild Card Game against Madison Bumgarner and the Giants exposed a problem for New York. Winning in the playoffs is awfully hard if you rely too much on the long ball to score runs.

The 2017 season has offered more of the same problem.

Jay Bruce is trying to do it all by himself.

The Mets are again one of baseball’s most powerful, but rank average or worse in batting average, OBP and even slugging. New York gets a full season of Jay Bruce in 2017 and while he’s off to a hot start, a full season of Bruce isn’t exactly going to help a team overdependent on the long ball.

As a result, we’re expecting it to end in the same disappointing way. 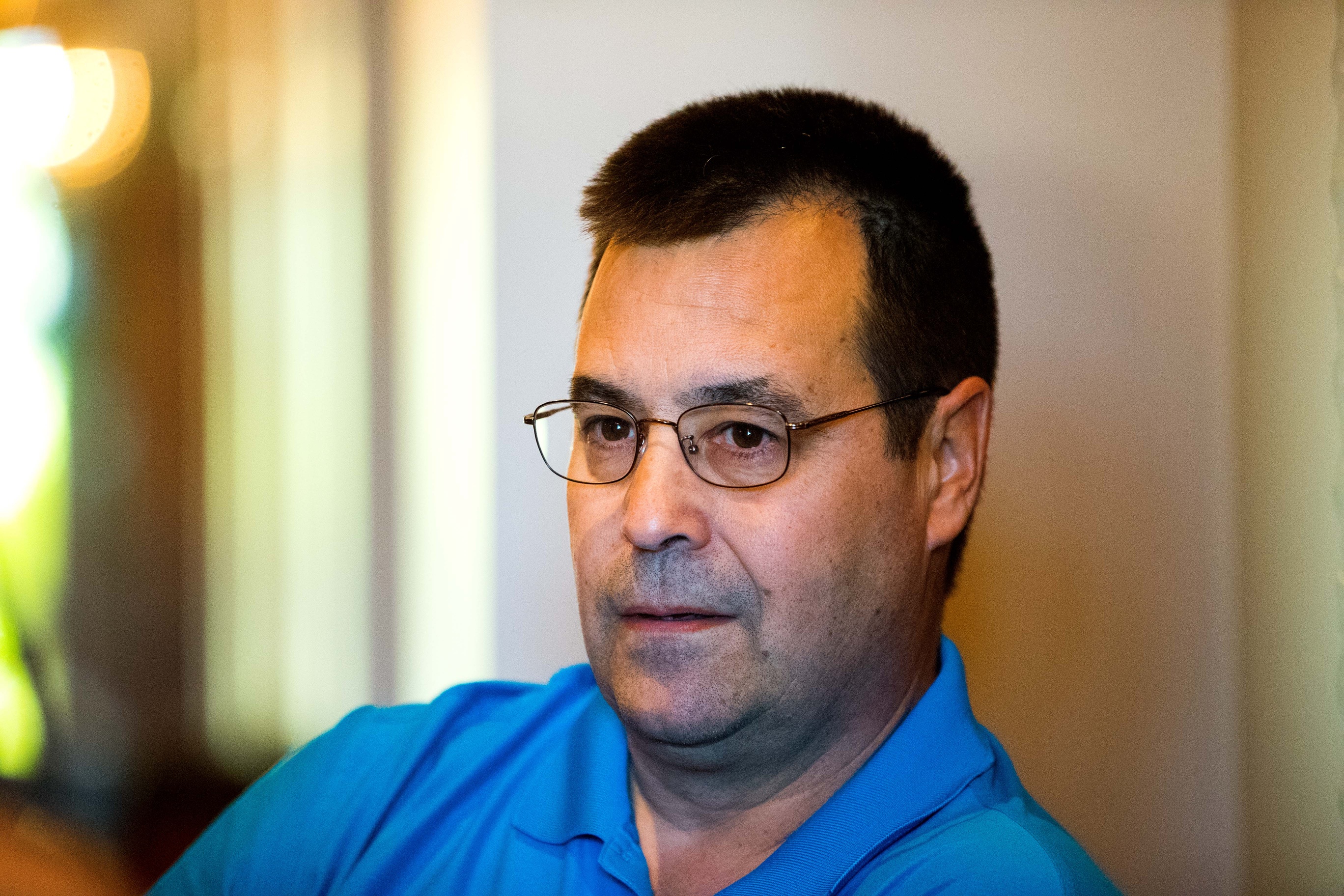 As we’ve detailed, the Orioles aren’t the only 2016 playoff team with starting pitching issues. But the Dodgers at least have Kershaw. And in reality, a case could be made that both Maeda and Hill are good enough to front Baltimore’s rotation.

Kevin Gausman and Dylan Bundy both have potential. But we have to see a lot more from them before we like their chances against the top of the rotation arms that teams like Boston Red Sox and Cleveland Indians have. Chris Tillman is a solid starter, but would be a No. 4 starter on a team like the Red Sox.

Now, maybe Baltimore is taking a page out of the 2015 Kansas City Royals’ book. The Royals didn’t have great starters either, but did boast a solid offense and a lock-down bullpen. With injuries to the starting rotation, the 2016 Indians had a similar model.

But like the Mets, the Orioles depend a lot on their power. As Baltimore’s short trips in 2012, 2014, and 2016 will confirm, that’s a problem in the playoffs. The O’s also don’t have quite the same bullpen depth that the Kansas City and Cleveland had in 2015 and 2016, respectively, either.

Baltimore has the same issue as the Dodgers. The Orioles have enjoyed a lot of regular season success. Now it’s time to make an extended playoff run. Duquette didn’t do enough to give his team the best chance at that.